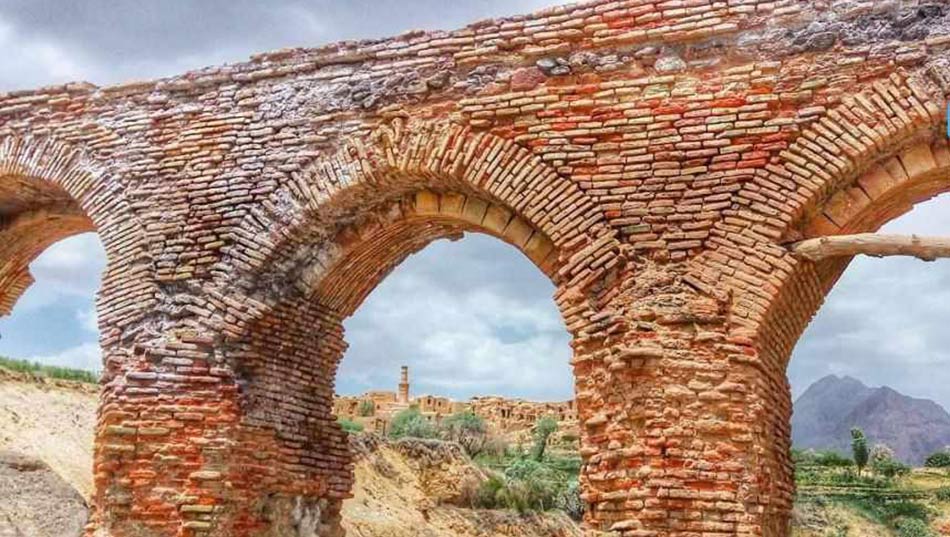 Sitting in a remote valley about 70km (43 miles) north of Yazd in Central Iran, is the deserted and crumbling mud-brick village of Kharanaq. The site has been occupied for approximately 4,000 years, while the dilapidated adobe buildings that draw foreigners from around the world date back around 1,000 years. From the heart of the old quarter, there’s a beautiful view across the valley (which is still farmed) towards the mountains. It looks particularly harmonious at sunset when the aged adobe appears to dissolve into dust with the sinking sun. 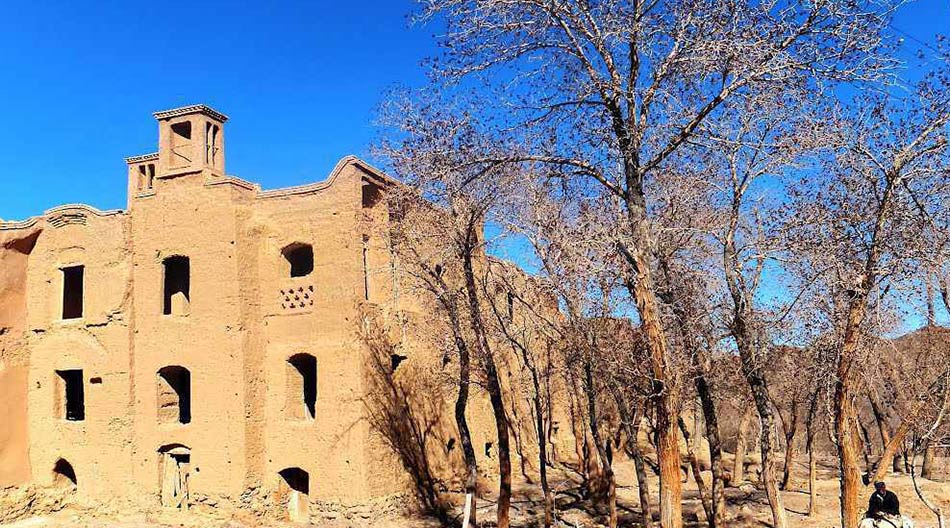 The abandoned town is a photographer’s dream with a labyrinth of streets, tunnels, passageways, and rooms, as well as more impressive buildings such as a tiny mosque, a shaking minaret, and an old caravanserai that welcomed merchants and pilgrims centuries ago. Their rounded shapes and rugged outsides make it look as though they’re all melting into the earth. The minaret towering above the mosque vibrates randomly, its slight shakes creating the illusion the architecture is somehow alive. 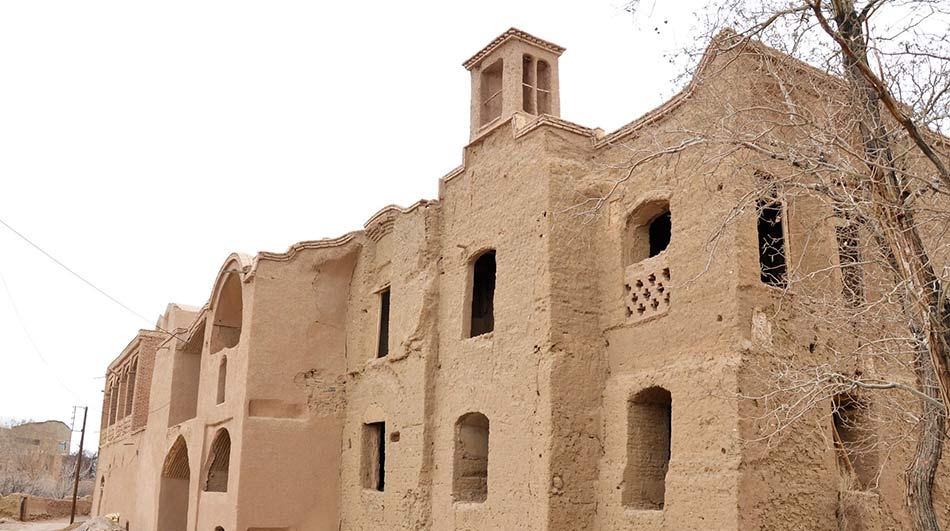 Although these structures have been restored, many of the surrounding buildings are in various states of ruin so it’s helpful to have a guide who can navigate a safe pathway to the highlights. Inevitably, buildings were constructed, modified, renovated, destroyed, and eventually built over. Sizable and diminutive buildings pile up side by side to form narrow alleyways. 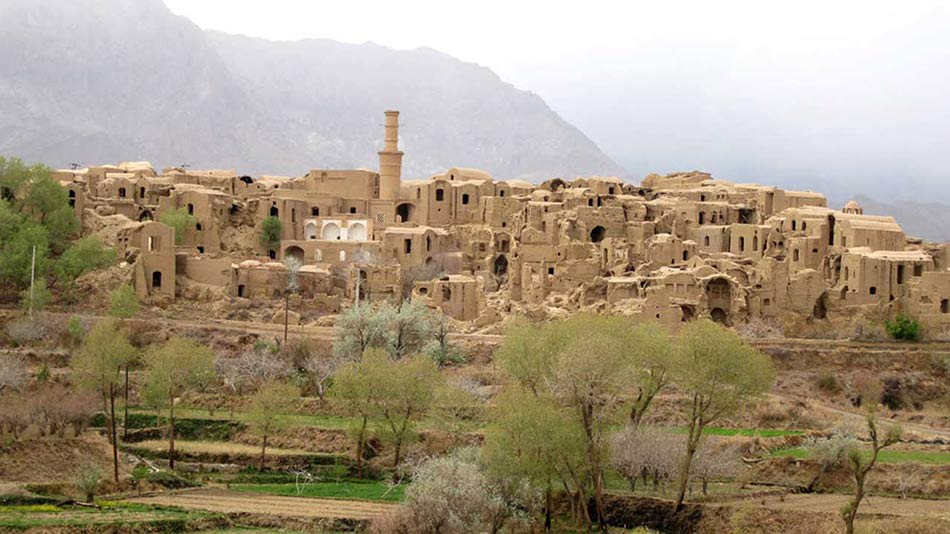 A random stroll through these passages will likely lead to the mosque and the caravanserai. A spiral staircase climbs to the top of the minaret, but the vibrations can make the experience quite unnerving. The caravanserai and the structure has also been renovated. It’s the Old Town that captures the imagination of visitors and photographers. It’s a fascinating place to walk through with its winding and decaying alleys, tunnels and spaces, and is located in a picturesque valley. One of the most visible monuments in the city, and one of the few things around that has been restored is the 15 meters tall Shaking Minaret of Kharanaq. Dating back to the 17th century, the minaret can frequently be seen vibrating. 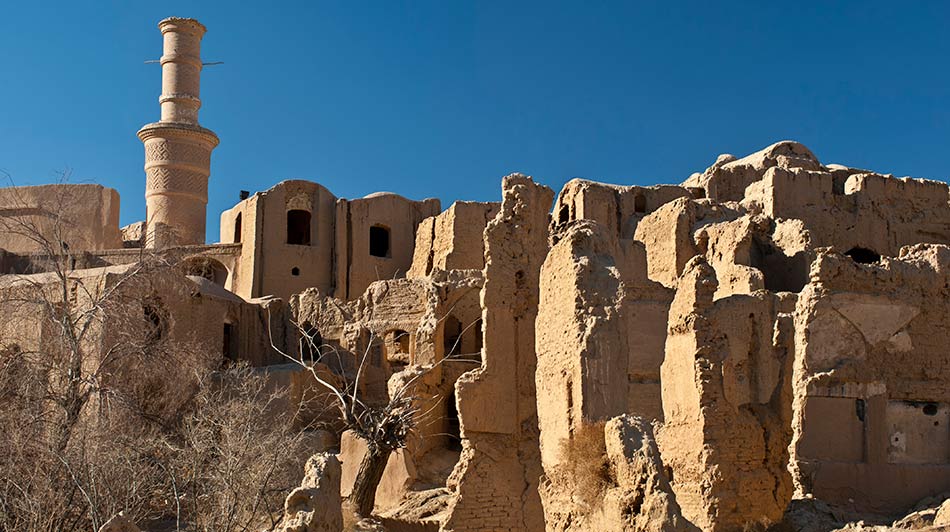 Kharanaq, which means ‘place of birth of the sun’, is divided into two parts – the Old Town, which is almost completely deserted, and the New Town, where some 130 families continue to live. The Old Town was constructed with sun-baked mud bricks, forming one of the largest collections of adobe buildings in Iran. It was once a prosperous farming village, but when water supplies dried up the inhabitants left, leaving the town to turn to ruins. In recent years, a New Town was constructed within 2km (1.4 miles) of the ancient town with government-supplied water and electricity. Apart from a few elderly people who refused to leave their old houses and continue to live among the ruins, the rest of the Old Town’s inhabitants moved to the New Town.

The buildings are at different stages of decay and collapse. It is, therefore, paramount that caution be taken when walking through the alleys. Entering the buildings is a serious hazard, and higher floors and rooftops are likely to fall through under the weight of an average person. Today Kharanaq has become a popular tourist attraction with many tour agents offering group or private tours out to the town. A trickle of tourists has been pouring in, but Kharanaq still largely remains off the beaten path. As there are no facilities or information for tourists, a guide is handy but not necessary. Basic facilities such as shops and cafes can be found in the nearby new town.