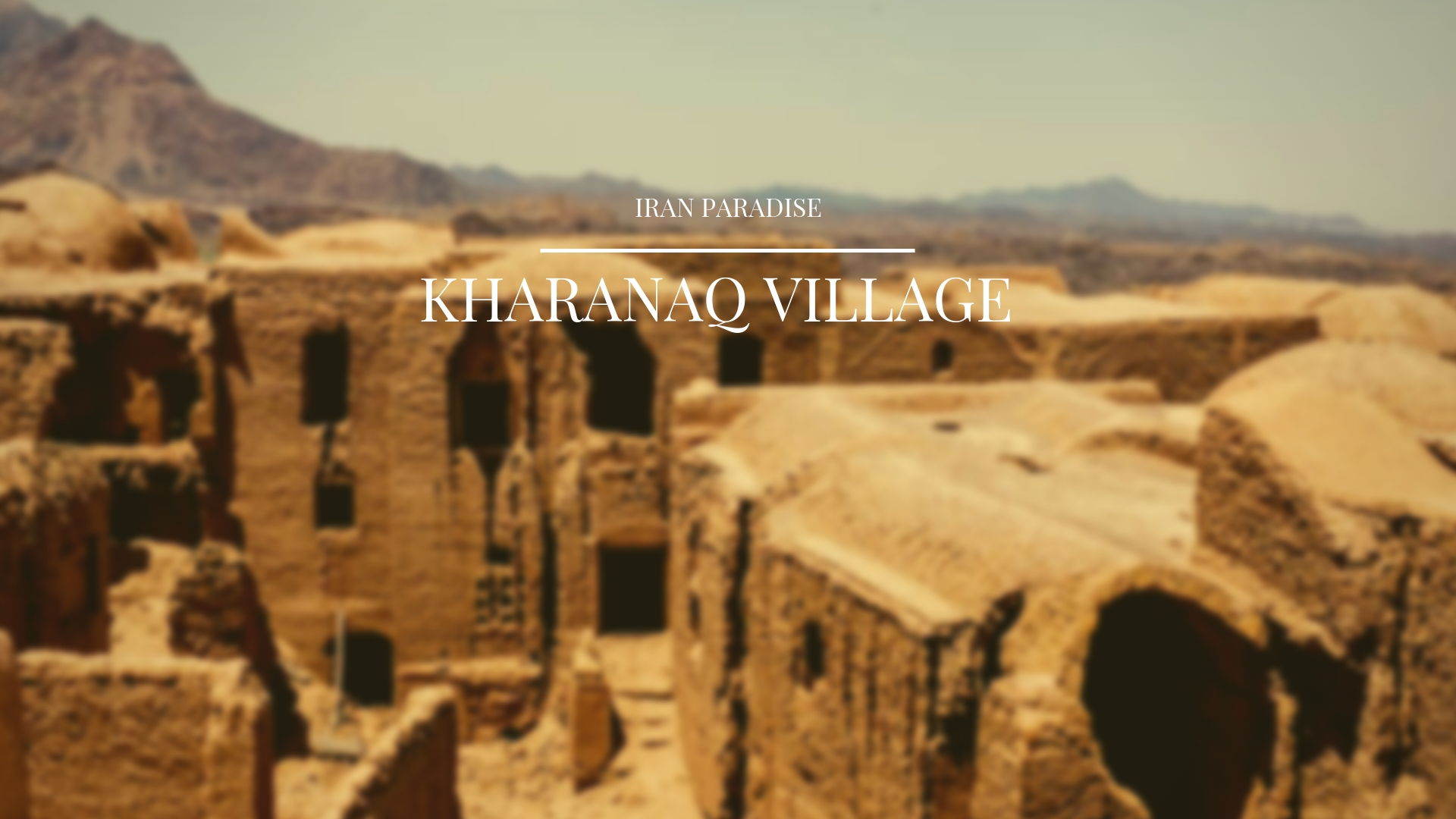 The all-but deserted mud-brick village of Kharanaq (Kharanagh) is crumbling back into the valley out of which it emerged over 1000 years ago. What remains in this ghost town, 70km north of Yazd, is a Qajar-era mosque, a cylindrical 17th-century shaking minaret and a caravanserai (closed at the time of research), near the entrance of the village. Although these structures have been restored, many of the surrounding buildings are in various states of ruin so it’s helpful to have a guide who can navigate a safe pathway to the highlights.

From the heart of the old quarter, there’s a beautiful view across the valley (which is still farmed) towards the mountains. It looks particularly harmonious at sunset when the aged adobe appears to dissolve into dust with the sinking sun.

In a world with a rapidly growing population, we’re always hearing stories about cities growing faster than anticipated, cities becoming more densely populated, cities becoming more hectic. It’s a common story around the world. How is it then, that there can be cities that decline in population? There are the obvious answers like war and famine, but what else can cause a once vibrant place to decline in population to such an extent that it becomes practically uninhabited? This is one of the questions that I was asking myself as I explored the ruins of the abandoned ghost town of Kharanaq (Kharanagh) in Iran. 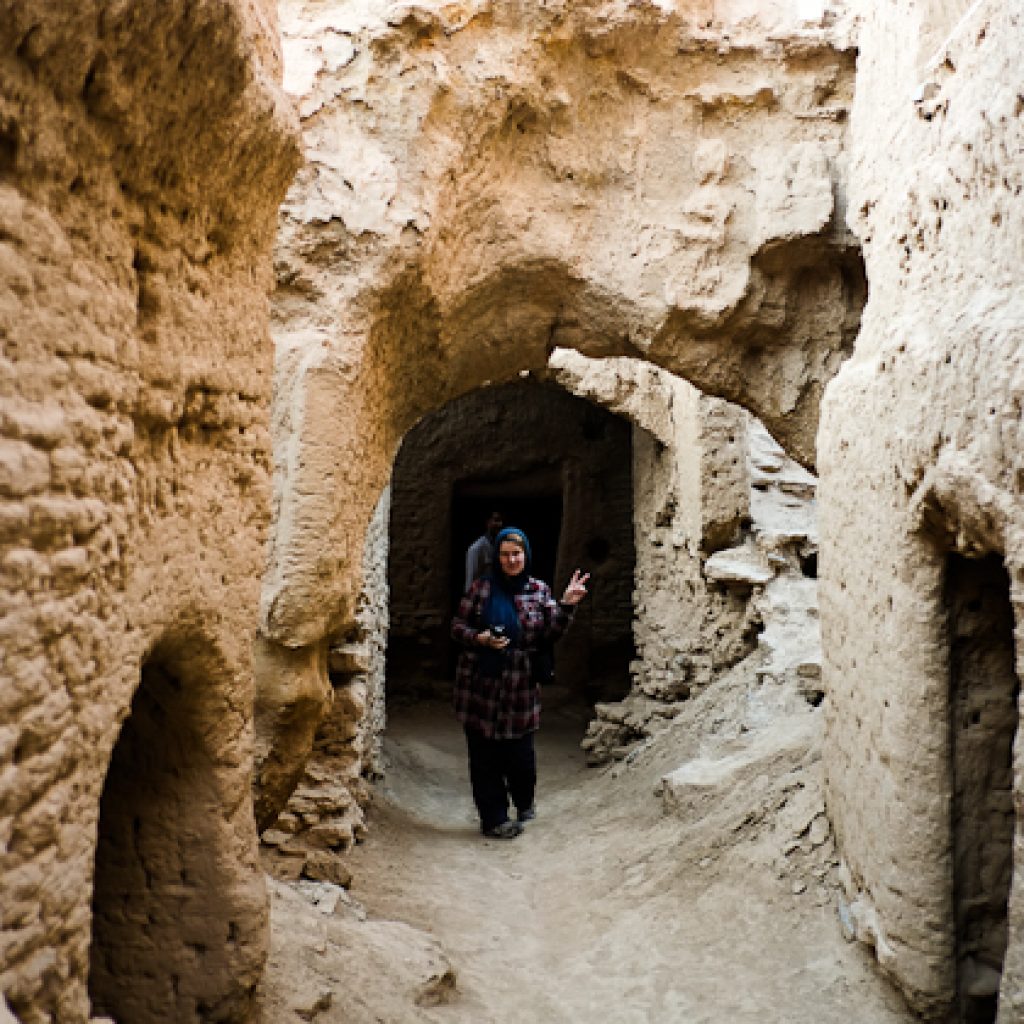 It’s the Old Town that captures the imagination of visitors and photographers. It’s a fascinating place to walk through with its winding and decaying alleys, tunnels and spaces, and is located in a picturesque valley.

One of the most visible monuments in the city, and one of the few things around that has been restored is the 15 metre tall Shaking Minaret of Kharanaq. Dating back to the 17th century, the minaret can frequently be seen vibrating. Why? Nobody knows.

This is not your typical tourist attraction and visitors to Kharanaq quickly learn that the words “watch your step” are very important, as the city is literally crumbling away and many of the surfaces are less than stable. Steps and rooftops could give way at any time. I’m sure that once Iran becomes the popular tourist destination that it’s destined to be, busloads of tourists will arrive in Kharanaq to see the ancient ghost town from the safety of a marked and restricted walking route but for now, there’s nobody around and you’re free to go wherever you want in the city.

Most people started to leave Kharanaq in the 1940s. Up until the 1970s there were still some residents who believed the city was worth saving. Construction was started on this mosque around that time but as you can see, even those determined stragglers eventually gave up on Kharanaq. Most of the residents left today are those who are too old and poor to start a new life elsewhere. 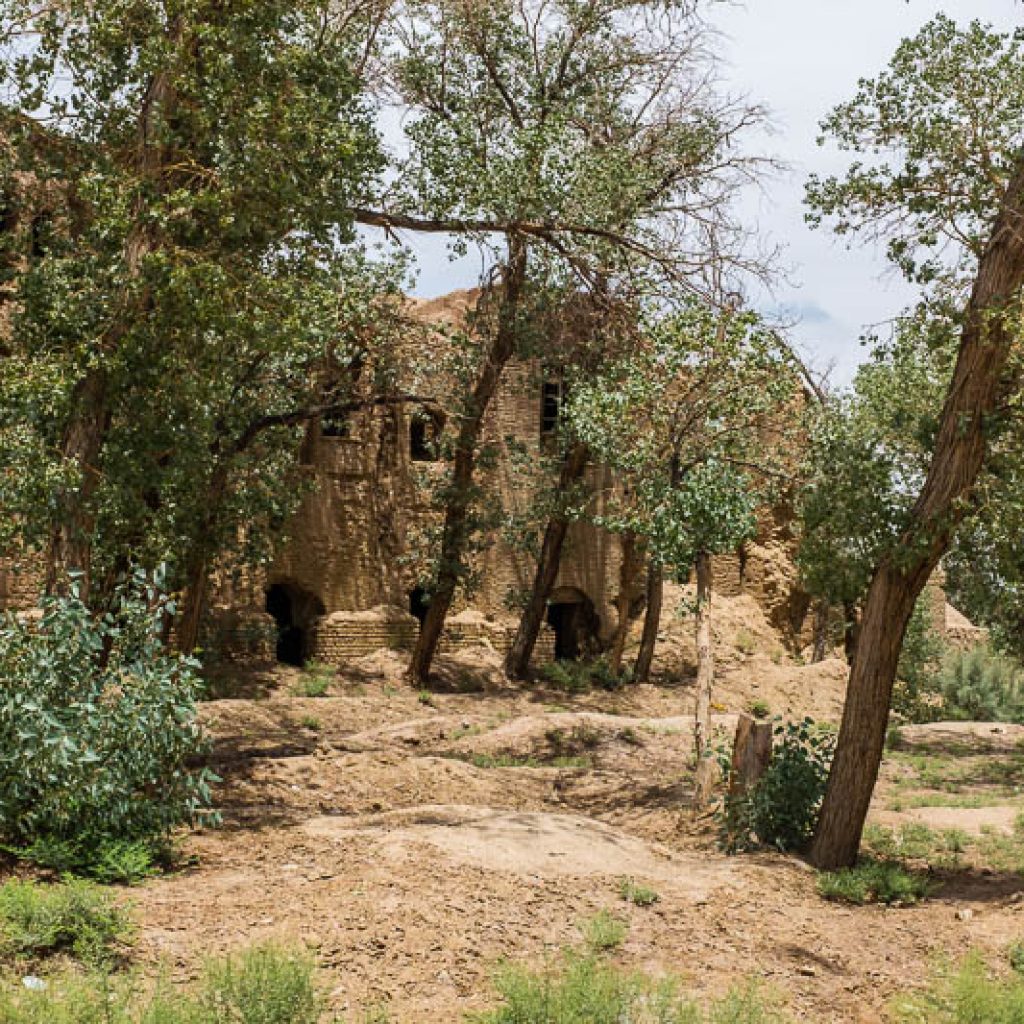 It’s obvious from the mosque’s exterior that it’s one of the relatively modern, and final structures to be built (well semi-built) in Kharanaq. Remnants of everyday life lie scattered throughout Kharanaq, and because of the dust and sand it’s hard to tell how old some of the debris is. Clearly this 7up bottle is relatively new. I found other items that must have dated back until at least the 1970s. One can’t help but wonder what stories those who lived here would have. Whose house was this? What were they like? Where did they go?

This public bath (Haman) is one of the most fascinating parts of the city for me. I think the fact that it’s relatively well preserved means that there’s a stronger link between the populated city that was and the abandoned ruins that now are. As for my original question, the reason that Kharanaq was abandoned is a simple one. Drought. Once the drinking water and formerly fertile farmland was no more, the entire lifeblood of the city was gone, and gradually people moved to seek opportunities either in Yazd or the nearby mines.

Today Kharanaq has become a popular tourist attraction with many tour agents offering group or private tours out to the town.

There are still people living in Kharanaq. Doesn’t every ghost city need some occupant? Water trickles in for a few remaining souls. For everyone else Karanaq makes for a idyllic and interesting trip. 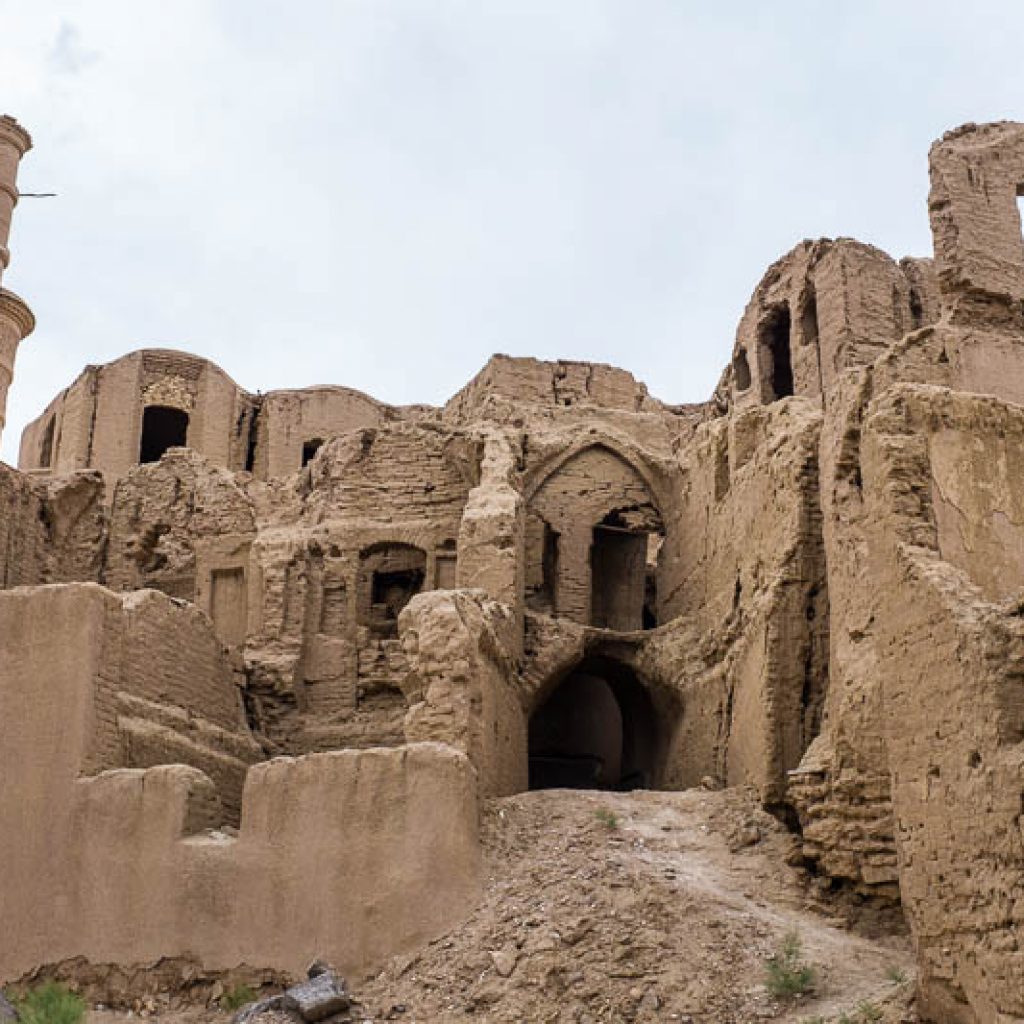