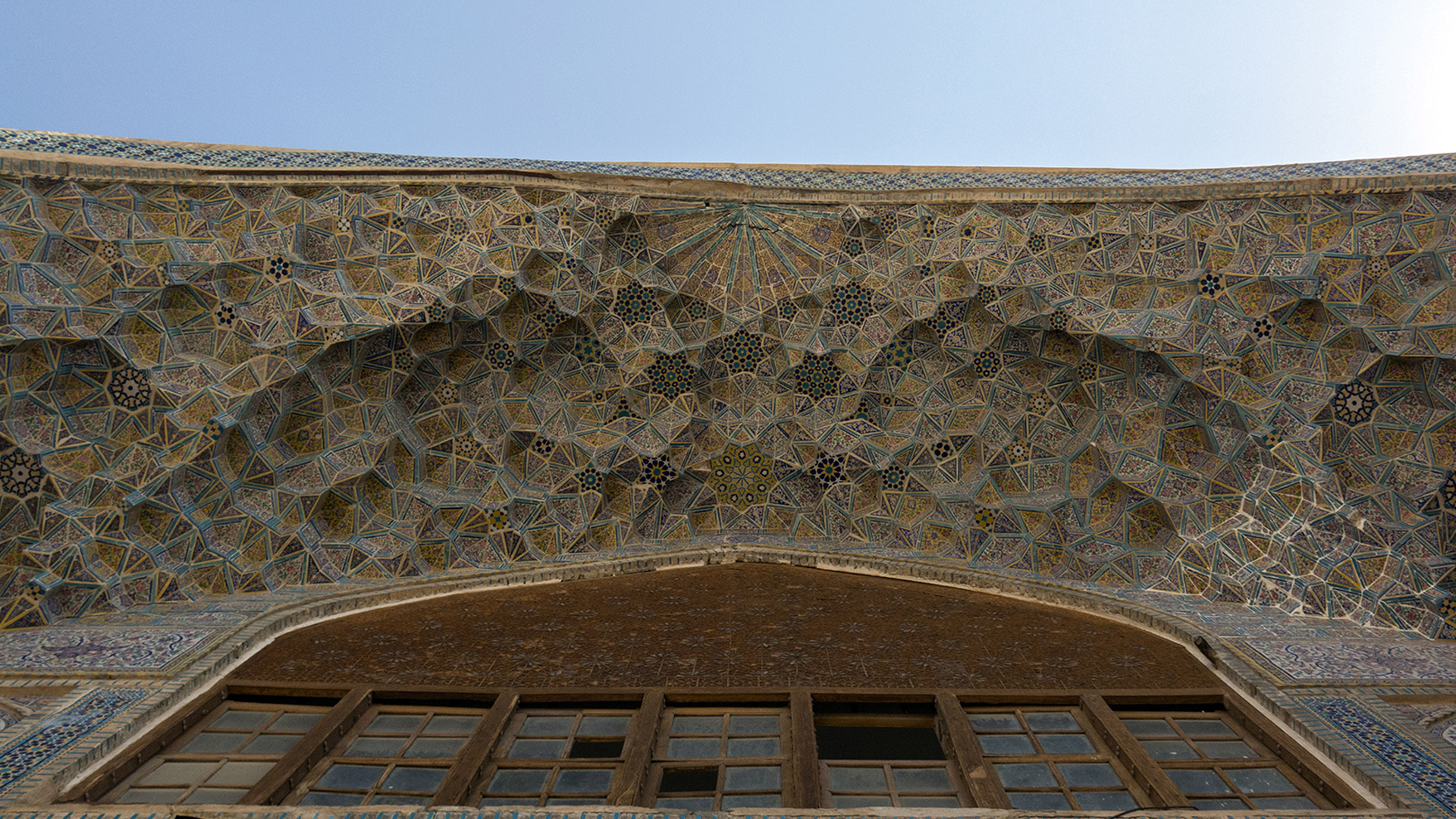 Khan school or Madraseh Khan which is one of the most famous and greatest schools in Shiraz, dates back to Safavid era. Imam Gholi Khan, governor of Fars, founded this serene religious school for around 100 students in 1615.
This school was built for Mulla Sadra, arguably the single most important and influential philosopher in the Muslim world in the last four hundred years.

Relative peace of country in the Safavid era under the centralized First Shah Abbas reign, led to construction works in big cities. According to recognition of Shia religion in this era, and as a result, existence of a need for educational facilities in order to promotion of this religion, school-building tradition was popularized in this era more than other eras. In this regard, many schools were established by scholars, elders and rulers in the cities. 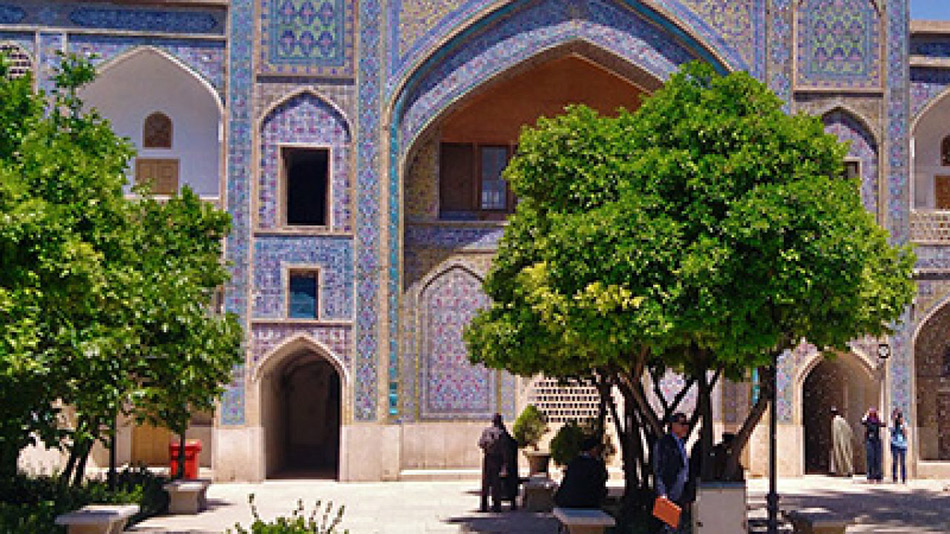 Madrese e-khan is located in downtown of Shiraz. The building is full of balance, Islamic Arts and colorful tiles. This building was academy of Molasadra who is an Iranian researchers and scientists. Its great arches decorated with beautiful tiling and the anthemion ornamentation used in its architecture, the invocation and inscription of holly numbers in different sections of it, all add up to its enriched attractiveness. 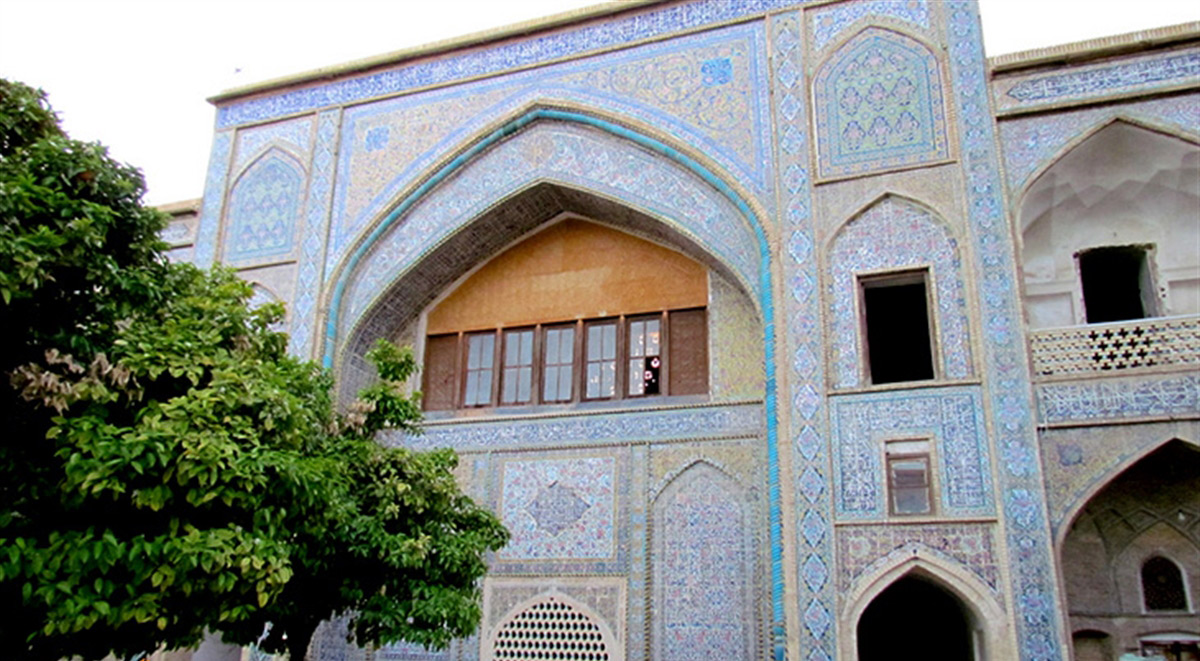 Over the years the building has been extensively damaged by earthquakes, but thankfully the impressive portal at the entrance remains intact. With its unusual muqarnas inside the outer arch and some intricate mosaic tiling, it is a masterpiece of early design. The school (still in use) has a fine stone-walled inner courtyard decorated with the typical pink-and-yellow floral tiles of Shiraz. This monument, which used to be a theological school, has been restored several times.

Obtained results suggest that most content of architectural decorations in Khan School of Shiraz includes Qajar and contemporary seven-colored tiles with herbal, bestial, geometric motifs and Quranic inscriptions in hot colors which have gradually replaced the decorations of Safavid era. Remained decorations from Safavid era have been affected by important buildings such as: Sheikh-Lotf-o-Allah mosque and Imam Mosque in Isfahan due to the construction concurrency with these significant buildings.

The school consists of five classrooms standing in for five holly figures in Shiite (namely, Muhammad, the prophet of Islam, Ali, his groom, Fatima, his daughter, and their two sons, Hassan and Hussein) and among these classrooms one was exclusively at the service of “Mulla Sadra”.

Mosaic tiling of this historical place is full of red color. The college which still in use has a fine stone-walled inner courtyard and garden. This place, which used to be a theological school, has been restored several times.