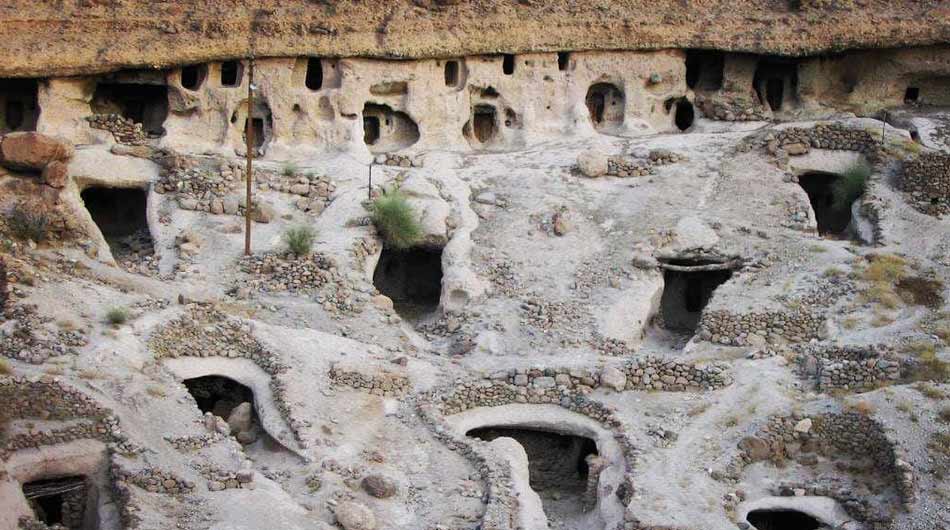 Kerman’s Meymand village is considerably different from the other villages you’ve seen thus far. Strange architecture and buildings stacked on top of each other in the center of the mountain have visited the town of Meymand in Kerman, a must-see for any visitor.  This building and sculpture,  while simple, reflect the power of the mysterious art of ordinary people, a collection that takes a long time to build with today’s facilities. Kerman’s Meymand hamlet is a hand-crafted rocky settlement, meaning that its complete construction was sculpted by people in the center of the mountains and rocks. Now, there is a lot of conversation and hearsay about how and when and with what facilities this natural, historical attraction was constructed. 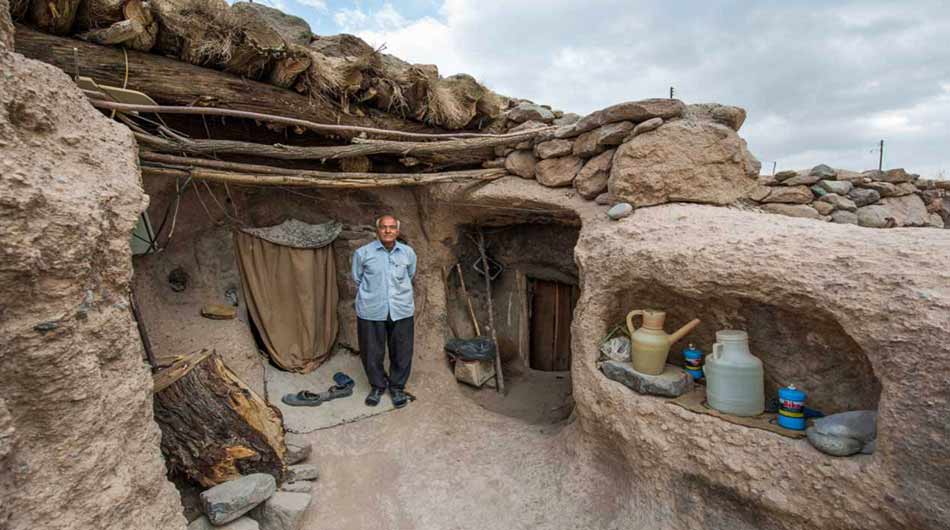 Meymand rock hamlet, with an area of 420 km, is one of Kerman’s most prominent sites, attracting many Iranian and foreign tourists with its unusual architecture and several thousand years of age. This settlement was listed as a national monument in 2001 under the name Meymand Rock Village and a UNESCO World Heritage site in 1394 AH under Meymand Cultural Landscape. The residential aspect of this community, with its history, is one of its essential qualities; the flow of life in Meymand is still maintained. Due to the village’s unavailability, most of its components have remained pure and unmodified, and everything remains the same as it was from the beginning. As a result, visiting Meymand village in Kerman will be a unique experience for you. 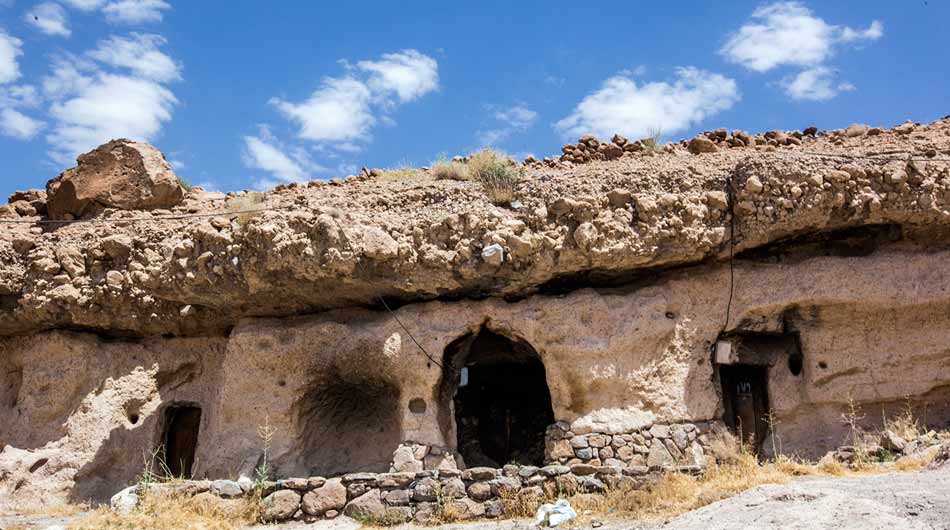 As you may know, the first human settlements were in the center of the rocks; by constructing such buildings in the heart of rocks and mountains, mankind left a very precious memory for the future. The most famous rock villages in the world are Kandovan in East Azerbaijan, Cappadocia in Turkey, and Dakota in the United States; Meymand village is also a unique and ancient example of rock architecture in the world. It is interesting to note that the builder of Meymand village and his motivation for selecting such an architecture and structure have never been determined; however, according to Dr. Gholam Ali Homayoun’s research on Meymand village, there are two general theories about the time and reason for building this village:

According to the first theory, the Meymand settlement was built between the eighth and seventh centuries BC. In this scenario, the Meymand hamlet is one of the region’s last remaining Medes and Aryans. The religion of Mehr worship was widespread around Kerman at the period, and the mountain or rock as a place of Mitra’s birth, residence, and worship was regarded as one of the sacred aspects. It was conceivable to construct structures such as a temple at the mountain’s heart with these explanations. Meymand village is located in the middle of the mountain, so you won’t notice it unless you approach it closely. Several watchtowers in the shape of a castle have been built in the neighboring hills in the form of a circle, overlooking the Meymand Fortress. In the past, people most likely learned about enemy attacks through the use of watchtowers and forts.

Meymand Village, as previously said, is an oblique skyscraper. The homes in this historical attraction are built so that the roof of one house is the floor of the other. Meymand lanes are not considered alleys; they are no longer tiny paths lined with skyscrapers. The lanes bring you to the core of the hill, where you will find the home. Every house in this town is referred to as kitsch. Meymand village has 406 rooms and 2560 rooms in total.

The alleys lead you to the heart of the hill to reach the house. Here every house is called kitsch. Meymand village has a total of 406 rooms and 2560 rooms. Kitchens include one or more rooms and stables. It is interesting to know that the structure and size of the meadows in Meymand village are not the same; The largest kite has an area of ​​about 90 square meters, and the interior space of each may be square, rectangular or circular depending on its location. Any kitsch, Key) is installed on the wall next to the door, in which the Key is placed, and the door is opened with its help. The Key is the same as today’s lock. The entrance surface has a protrusion of 15 to 20 cm, which prevents water and soil from entering the house at one hand’s distance.