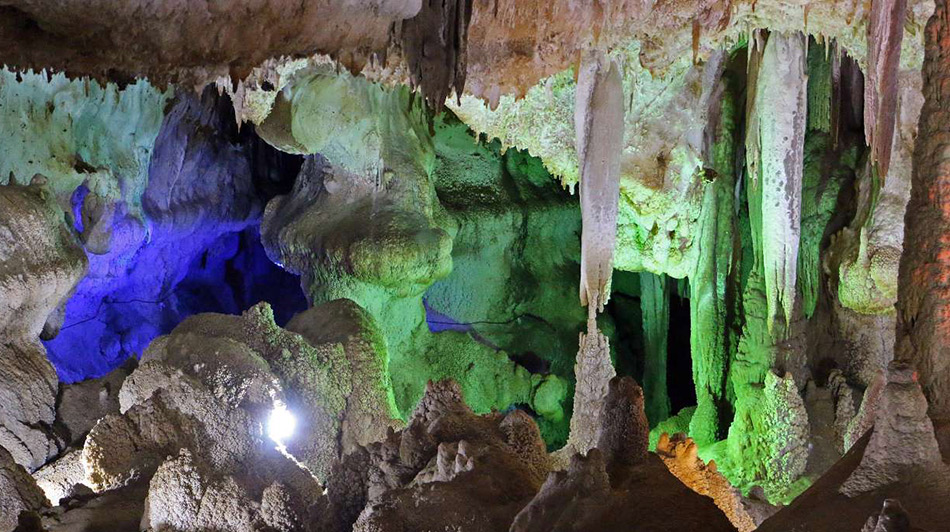 Iran has many caves, some of which are unique and special. There are many natural wonders in these caves; including magnificent stalactite and many million-year-old fossils. One of these beautiful caves in Zanjan city is katale khor cave. It is 150km south of Zanjan, off the Soltaniyeh–Hamadan road near Garmab. Katalehkhor Cave (Katale Khor) is located 140 km. south west of Zanjan, in the southern skirts of the Saqizloo Mountains. The inlet to this cave stands 6-8 m. above a dry river. 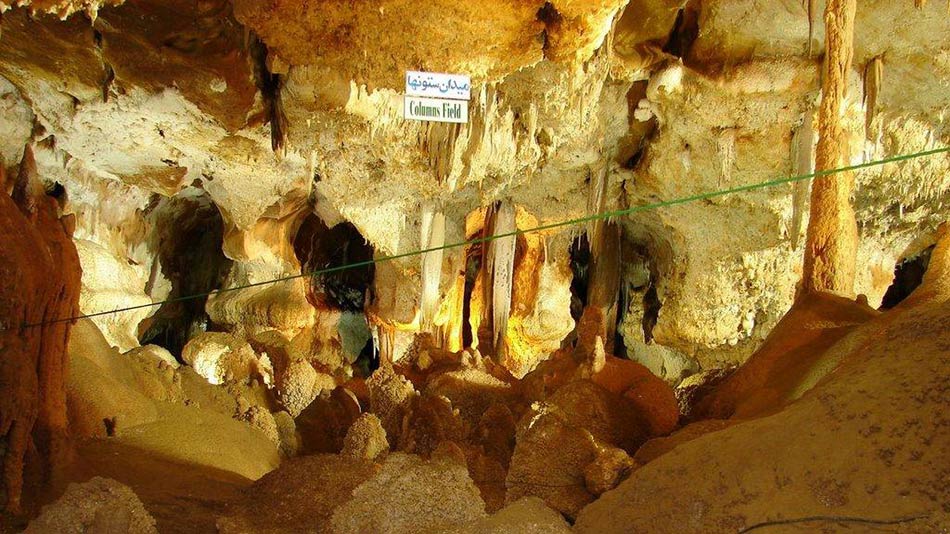 The cave dates back to Jurassic period (120 million years ago) and it had a lot of natural and artificial changes during this period. It was discovered about 67 years ago by a group of Iranian cavers. One of the Zanjani members of the group named Seyyed Asadullah Jamali has registered this cave. In some western parts of Iran, “Katale” is reffered to low Altitude Mountains and the appellation of this cave is probably due to its existence in one of these mountains. Khor has Avestan root which means Sun. Therefore, Katale Khor means “mount of Sun”. 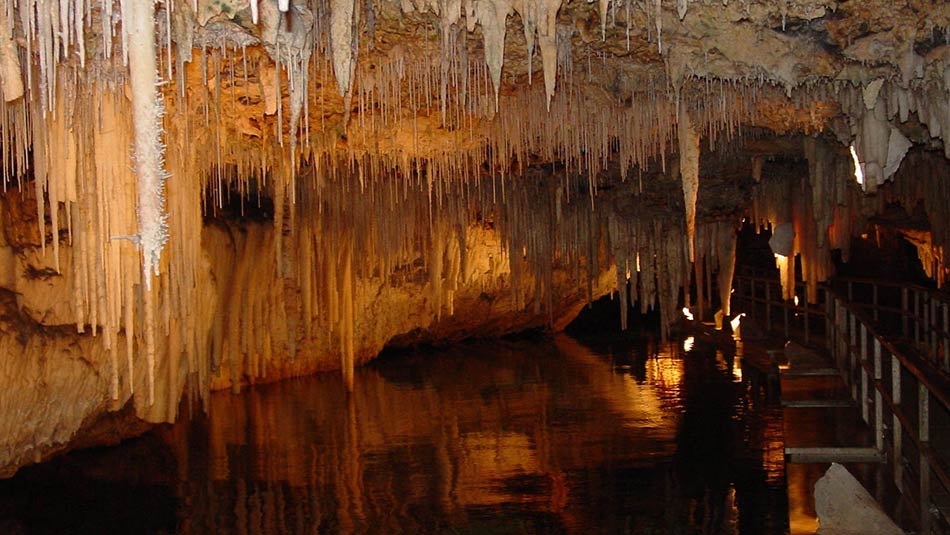 It is less touristed than the more famous Ali Sadr caves, which it is thought to eventually join, Katale Khor has 3km open to the public and another 4km available for experienced cavers. There are six recorded levels and a visit takes one to two hours. There’s no public transport to the site; hire a taxi.

The beauty of this cave is enhanced due to the formation of stalagmites and stalagmites because of calcified precipitation. Besides these are icicles suspended from the roof and these conical shaped hangings due to impurities are multicolored, whereas some are crystals clear. In the larger passages, a constant trickle of water has brought about the presence of beautiful designs notable shapes similar to a cauliflower (due to presence of calcified material, it resembles the same) these cauliflowers are also multi-colored.

At first, cavers had to crawl to enter the cave 700 meters. This cave was residence of ancient people so that bones of about 80 people are still preserved. Then the region was excavated and a route was created for walking. Researchers found a strange route in this cave which shows Katale Khor is connected to Ali Sadr Cave in Hamedan Province, at distance of 100km.

On the cave flooring a skeleton of a four legged animal, which has been converted to a calcified compound can also be noted. En route to this cave, leisure spots filled with natural beauty enhances the eye of the on looker, besides having rest-houses and places of pilgrimage.

Katale Khor and Ali Sadr Cave are roughly homogeneous and created at the same time, but there are two main differences: the Ali Sadr Cave is water cave where you sit in a boat and watch the view but Katale Khor is almost dry. The second distinction of this cave with Ali Sadr Cave is that Katale Khor’s limes are purer which makes it more transparent. Lime stalactites and stalagmites, as well as huge halls and corridors which are mainly dry have added to the beauty of the cave.

One of the features that made this cave one of the unique caves in the world is that the cave has 7 floors but so far only 3 floors have been discovered and there are waterfalls on its different floors. The stalactites in this cave are beautifully shaped and some of them are named after those shapes. Some of the most famous parts in this cave are bride and groom, marriage cloth, sleeping lion, hound, lion paw and elephant’s foot.