Hiding behind the town’s high mud-brick walls are hundreds of large traditional houses built by wealthy merchants, monuments to the importance of Kashan as a Qajar-era commercial hub. Built during the 19th century, most have long since been divided into smaller homes and many are literally turning to dust. A few, however, have been restored and are open to the public as museums or as Kashan’s most desirable places to stay.

One of the earliest settlements of the ancient people in Iranian plateau has been in Kashan, Isfahan province. This has been made known to us by discovering Sialk Historical Mound inside the present city of Kashan. In other words, construction and architecture aren’t new concepts to the dwellers of this city. The historical houses of Kashan I want to introduce are some 18th and 19th century buildings recently restored for the curious visitors who appreciate the subtle cultural points in the construction of living structures of Iran.

Toward the end of 18th century, as a result of a deadly earthquake, a lot of structures collapsed in Kashan. This also included all the buildings of Shah Abbas I, the mighty Safavid king who liked Kashan very much. Then, under Abdol-Razaq Khan, the city governor, a lot of buildings were built and reconstructed. That’s why most of what we know as Kashan historical houses have been built during late 18th as well as 19th centuries. 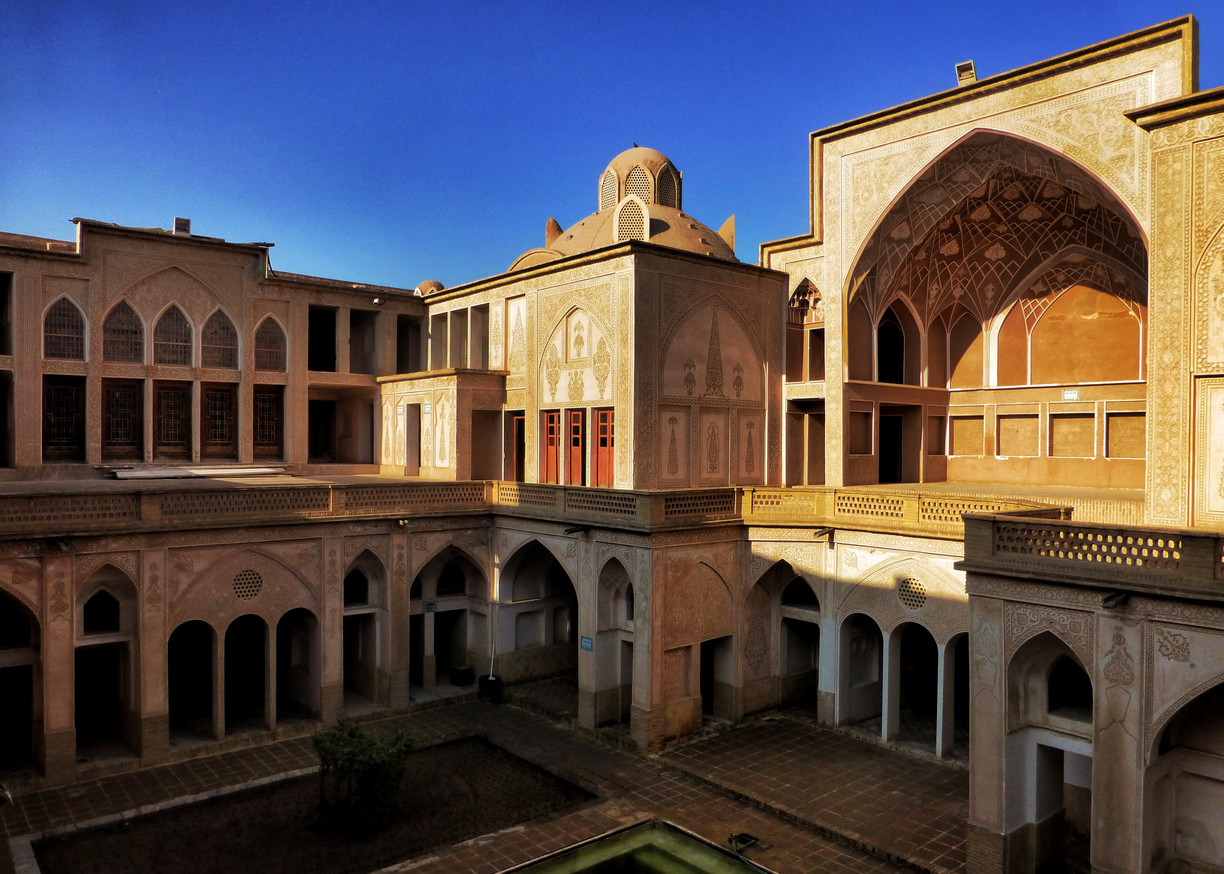 Tabatabaei house is the most famous and beautiful historical houses of Kashan and one of the architectural masterpieces of Iran. It’s almost over 186 years since its construction, it is located in Sultan Amir Mohammad’s neighborhood in the old context of Kashan. There are three interiors, exterior, and special crew members, along with a very luxurious, magnificent decoration, making this home very special. This house has got its name from a merchant from Natanz who had initially started the construction of this residential building. The architect of this building later built Borujerdi-ha House.

Borujerdi House is another house worth being visited in Kashan and it is the famous Borujerdi House whose owner was a wealthy businessman of the city of Kashan. The story behind building this house is really interesting. A man came to suit Tabatabaie’s (prominent carpet dealer and business person in Kashan) daughter and her father asked the man to build a house in dignity of his daughter who was brought up in such a luxurious way of living. So the man tried to construct a large and stylish house meriting his wife and fulfilling the condition of marriage. These houses of VIPs of Kashan in the old times are among the main attractions of this city. This house has also been a masterpiece of architecture due to the construction time and materials utilized in it. 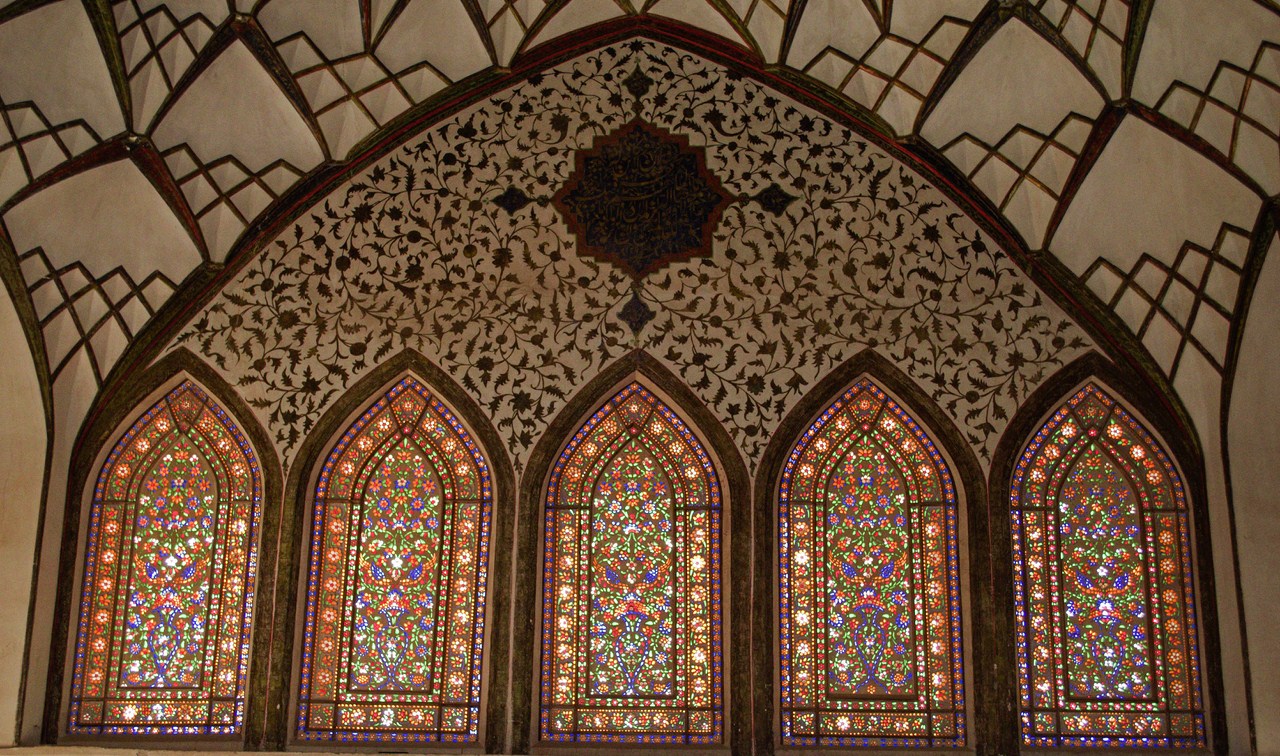 Like the Tabatabaie house, you will definitely enjoy your trip back to the past time to someone’s private life and residence place which is now another architectural attraction of Iran. The layout, plaster work and pool of the house are amazing and will make you spend a memorable time there. This luxurious house was built with very simple material and equipment. It is very well preserved with intricate design. You can never spend enough time looking at its beauty. The house has things to tell you and you can explore many different fantastic Iranian arts on walls, mirrors, colorful windows in rooms, halls and its several yards. So try to explore this enigmatic world in this wonderful two-story house with your own eyes. It is among the top attractions of Iran which can be visited during your Iran tour.

Abbasian Historical House in Kashan is one of the architectural masterpieces of Persia, and has been the nominee of the most beautiful Iranian-Islamic Residential Building. This house, featuring a traditional restaurant and charming delightful environment, makes a different impression on your trip. This all mesmerizing house has already been used for several television shows. The construction of Abbasian Historical House dates back to Qajar dynasty. It belonged to Haj Mohammad Ibrahim, a famous merchant of that time. The total area of the hose is more than 5000 square meters and consists of five floor and five courtyard.  The architecture of the house is so rich and magnificent, and the plaster works, paintings and Islamic architectural ornament have been used at the height of beauty and elegance. The entire parts of the mansion is divided into three main sections. 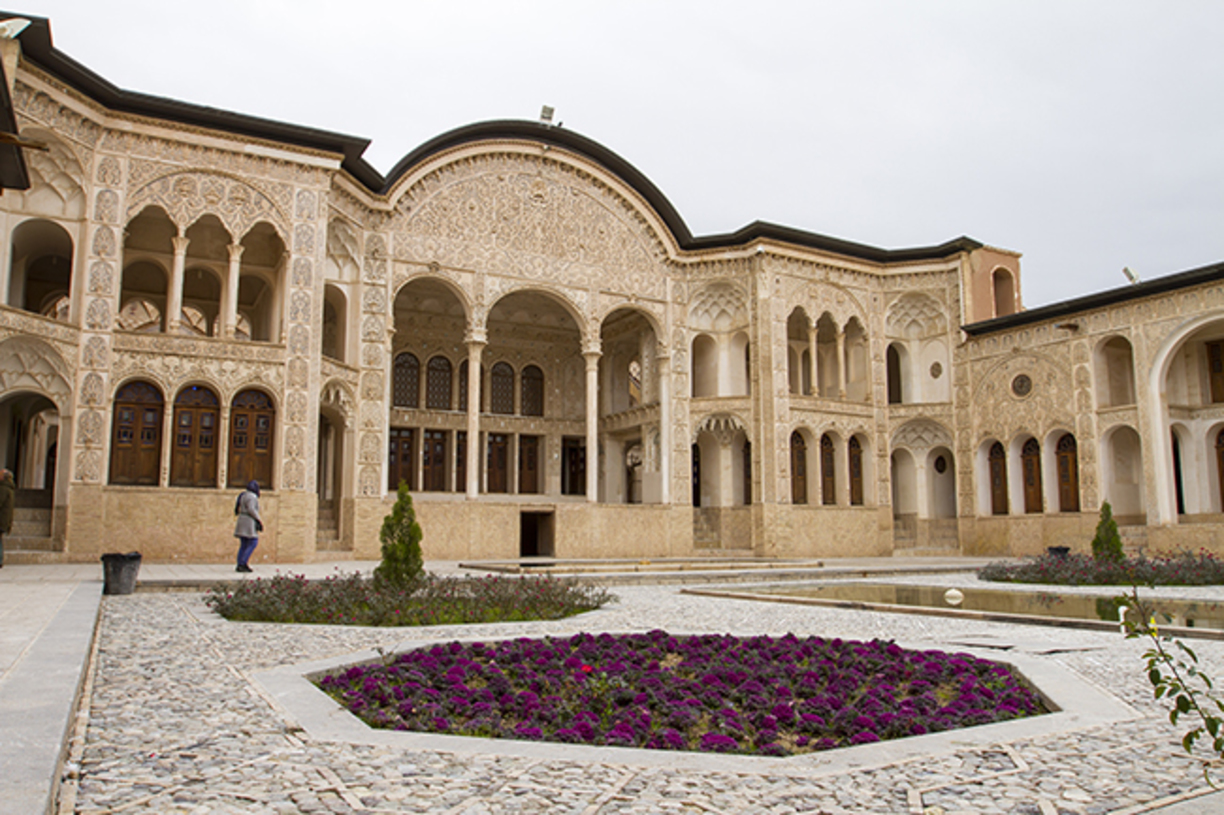 The interior, exterior and the servant section. The exterior part includes the covered hall, Iwan (porch), Se-Dari Dorm (rooms with three doors), Panjdari (five windowed room), and some other parts. The exterior section was the residence of the land lord and his family. The whole set of this part features two wind catchers, two wells that one of them is considered as a reservoir. The most important parts of Abbasian Historical House are mirror room, Shah Neshin (a part of the interior and it is a room a little higher than other rooms featuring semi-dome), the central hall and two larger halls. The servant section comprises of a courtyard and an independent passageway. Matbakh (an old term for Iranian Kitchens), and a courtyard are other parts of the servant section. This house is made in “Sunken courtyard” style. In this way, the courtyard is below the ground level. Consequently, the use of aqueducts and natural heat is much easier in this way.  Abbasian Historical House was registered as a national heritage in 1998.

There are common features found in all of thees houses. When it comes to the constructional materials, the most easily accessible materials had been used: bricks for construction of the main structure, mud and straw for insulation and facade, gypsum for decoration facade and interior, mirrors for making inner spaces (particularly ceilings) more beautiful, thick wooden doors for protection, etc. 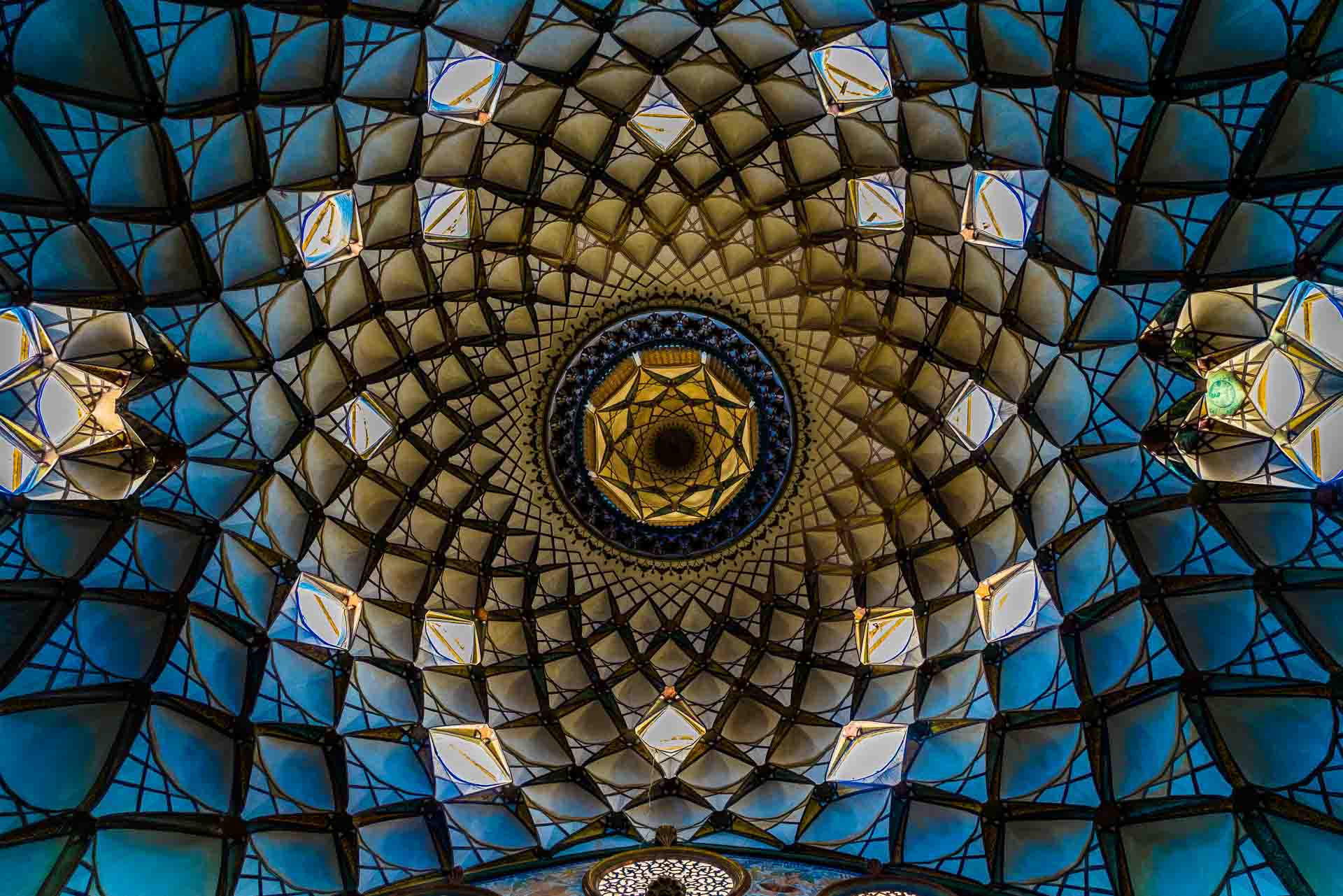 One thought on “Kashan’s Historical Homes”