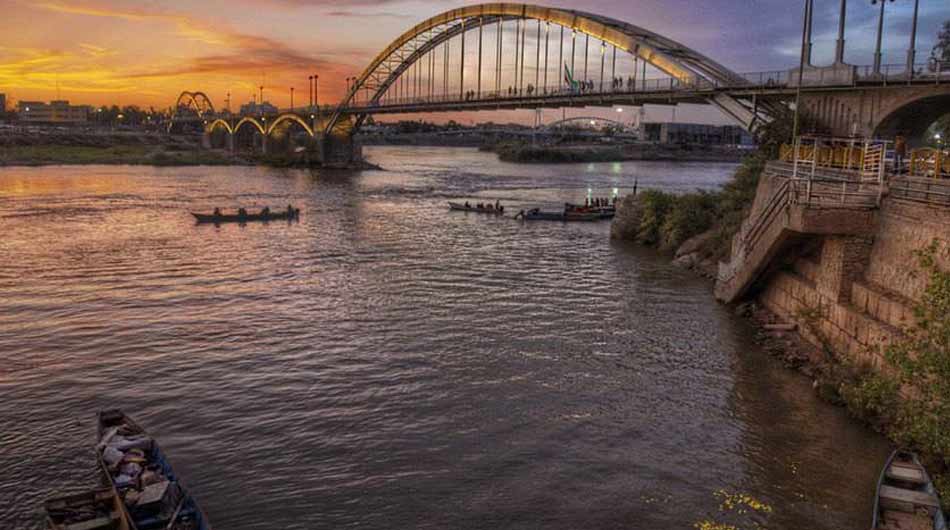 The largest and most abundant river in Iran, Karun starts in deep gorges of Zagros Mountain range and leads towards Khuzestan Plain, southwest of Iran. It is a major water source in the country and a tourist destination.  The first thing that springs to the minds of any Iranian after hearing the name of Ahvaz is Karun River. Karun is the largest river with 850 km long and is the only river in Iran that runs to international waters and then to the ocean. This river passes through the middle of the city and divides Ahvaz into two parts of east and west. 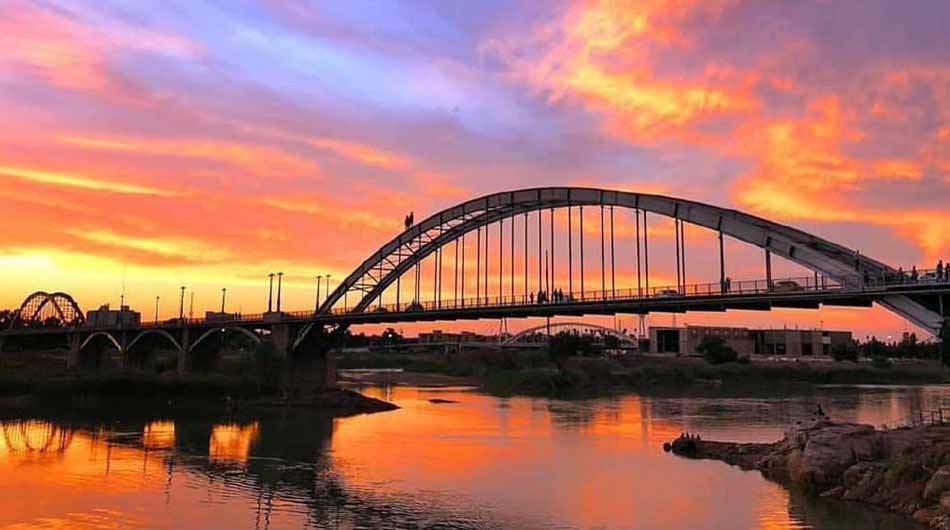 The earlier route for ships, it is now occupied by a couple of bridges, which make it almost impossible for vessels to move. There are currently 8 bridges installed for the cars as well as two other bridges for the pedestrian called Tabiat and Jazireh Bridge that have been constructed over this river. The beauty of Karun is not ignorable and as a result it attracts many tourists. You can go to this beautiful city to see the nature and get relaxed by sitting beside its clear river.

With a length of 950 km, Karun is the longest river in Iran, meanwhile it is the only waterway which is linked to international waters and oceans. On one hand it joins Arvand Rud River, fed by Tigris and Euphrates rivers in Iraq, and on the other it meets the Persian Gulf and Indian Ocean. A main water supply in oil-rich Ahvaz, Khuzestan’s center, it is a dazzling magnet south of the country. A natural heritage site recorded on the national list, Karun attracts Iranian and non-Iranian sightseers and vacationers. With its bridges, you will have ample opportunities to stop by and watch around. Watching the star-filled sky over the bridges is a must-do here.

Pol-e Sefid presents a marvelous view of the gorgeous river and the vibrant city. Plus, you will come across many adjacent green spaces and restaurants. Pol-e Tabiat, attaching 2 spectacular parks of Laleh and Saheli, shouldn’t be overlooked. With all benches all the way through, it offers opportunities to sit and soak up the vivid ambience. Sunsets are marvelous. Visitors can also try hot Felafel sandwiches, a palatable specialty for evenings, while watching Karun. Inhabited by Arabic and Farsi speaking residents, the often hot, boiling city is a nice place in wintertime when it is mild; best time for traveling to the city and enjoy its attractions. 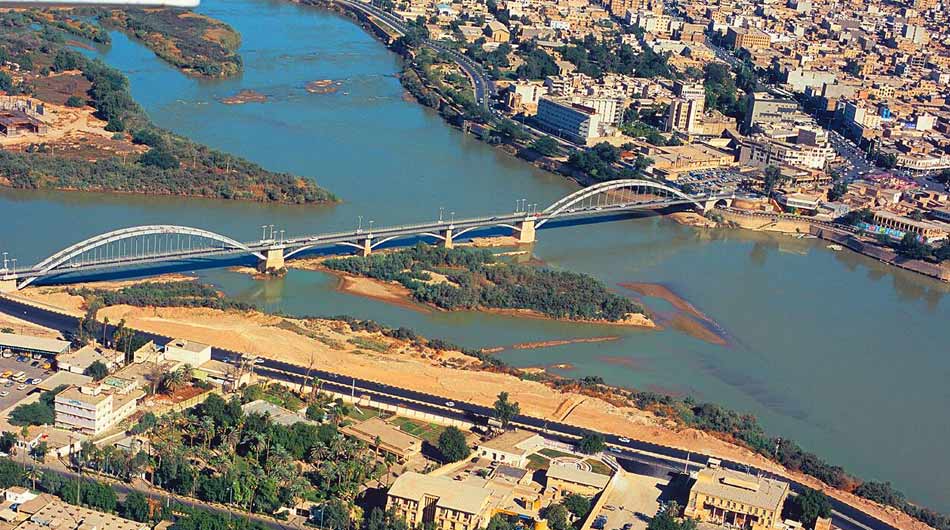 The river Karun has its rise in the Bakhtiari Zagros Mountains west of Isfahan and follows a meandering course to the Persian Gulf. A straight line between the source and the mouth measures only about 250 km, while the river actually travels between 860 and 890 km. The loops are sizeable in the mountains and much more frequent on the plain. The river’s course can be divided into three natural sections: (1) the upper, mountainous course from its source to Gotvand, where it leaves the mountains, about 400 km downstream; (2) the middle course, from Gotvand, through shushtar, to its junction with the Ab-e Dez, then all the way south to the rapids of Ahvaz; and (3) from Ahvaz across the rest of the Khuzestan alluvial plain, where the river flows gently towards the Shatt al-Arab. Having many affluents at a relatively short distance from the mouth, compounded with heavy cyclonic rainfall over Khuzestan and the Zagros range, the Karun is prone to more violent and irregular changes in its levels than either the Tigris or the Euphrates. As a result, major flooding of the marshes around the Karun is a comparatively regular event.