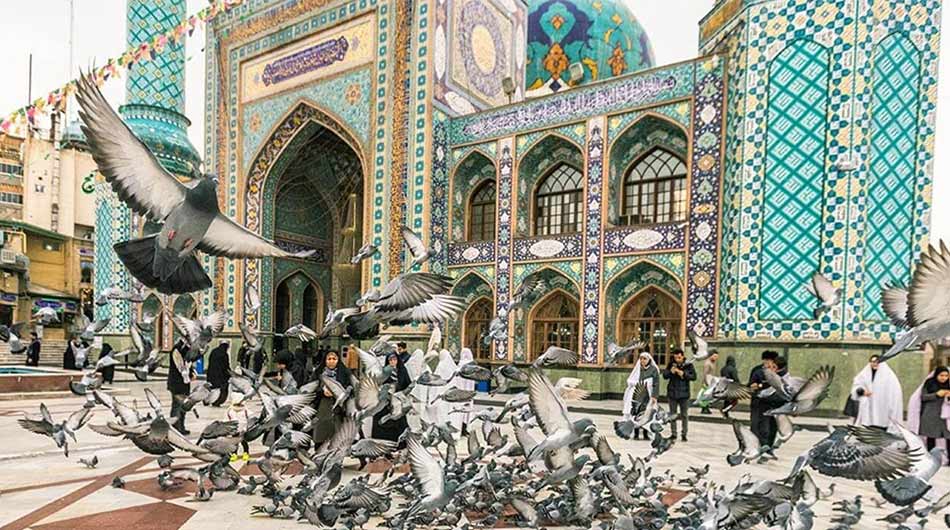 Iran’s crowded capital contains many fascinating religious sites well worth a visit. Located in northern district of Tajrish in Shemiranat neighborhood, stands the Imamzadeh Saleh shrine, the resting place of Saleh, the son of Musa Al-Kadhem, the seventh Shia Imam. The beautiful Safavid style azure tile work of its dome and minarets overlooks the Tajrish Bazaar. Nestled right at the top of the longest avenue of Tehran, Valiasr Street, where the hands of planes are entangled to bring about a peaceful atmosphere right at the heart of chaos, the turquoise dome of Imamzadeh Saleh invites many people and pilgrims to enjoy its holy and spiritual ether. 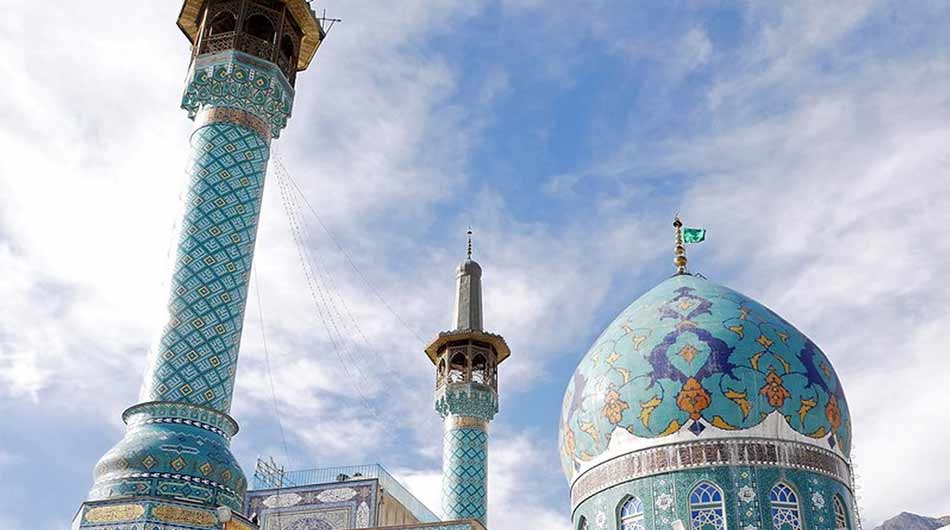 The shrine was destroyed during the Mongol invasion of Ray around 1238 and was reconstructed and restored in the year 1321 during the Ilkhanids period. Some parts were added to the monument during the Safavid and Qajar periods. The Imamzadeh Saleh shrine is a local pilgrimage site that houses a fine example of the dazzling mirrored interior common to Iranian mosques.

The bedazzling interior mirror work and the breathtaking azure tiles embedded in the traditional Safavid architecture of this place worth visiting. Right next to this holy shrine lies the pretty little Bazaar of Tajrish where you can breathe in the traditional fabric of the structure in which different types of stores are attached to each other. Many of them are calling your attention to the fresh fruits and vegetables, while others try to sell you the best handicrafts and souvenirs. 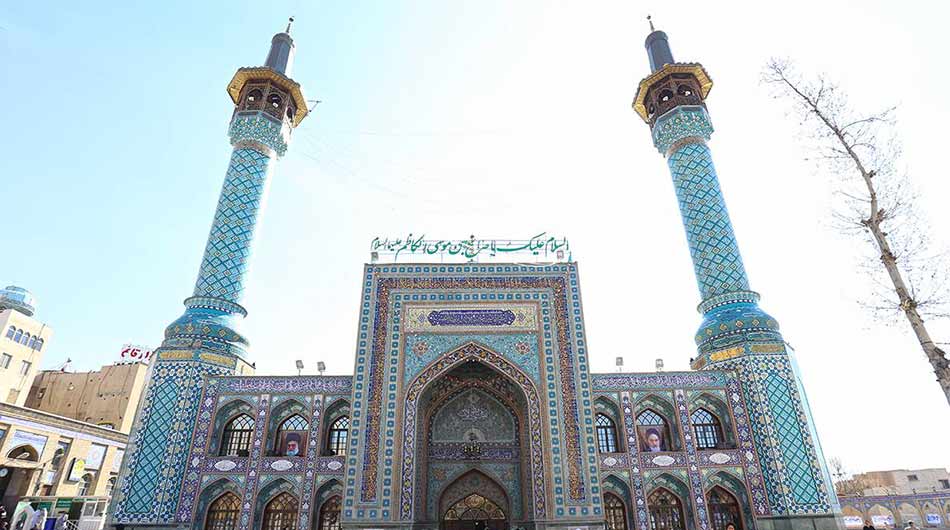 Imamzadeh Saleh Ibn-e Musa al-Kadhim Upon hearing the news that his brother Imam Reza, the 8th Imam of Shia, had become the Crown Prince, he moved to Iran from Iraq. As he reached to Gloshan garden in Tajrish district he was martyred and his holy body was buried by a huge sycamore tree in the garden.

The main building of this shrine is belonged to 7th and 8th centuries AH which consists of a square building with  50 square meters area that its architecture is the same as the Ilkhanid period. This building was repaired in Qajar dynasty and some parts added to it. Tiling and the interior painting of holy shrine is the same as the Qajar method. Now, the new dome and minarets are being built in front of the previous ones parallel to the master development plan. Cultural equipment such as library, bookstore, appropriate facilities and parking are available in this shrine area.

The Iwan is lined with Quranic calligraphies and delicate colorful tiles. There are two-story arcades on both sides of the Iwan followed by two tall minarets, and the dome is situated right behind the Iwan. There is a wooden box in the interior space that probably has been left from late Safavid or Afsharid dynasties. There is a thick Plane tree in the courtyard of the shrine that is registered as a national heritage. In 1986, the life of the tree was threatened due to the collapse of the aqueduct under it. Consequently, despite the effort to save the tree, it had to be cut off.

It is said that in the distant past, pilgrims brought salt with them due to lack of access to vehicles and that Tajrish was impassible in winter, and they sprinkled salt on the snow to open the way for other pilgrims. The salt offering has been a part of the tradition ever since so that the poor Pilgrims would take the salt for later use or to sell it. The shrine and vast courtyard of the Imamzadeh Saleh (peace be upon him) is one of the largest and most magnificent shrines not only in Tehran, but also in Iran and the other Shiite areas of the world which attract many enthusiasts from all corners of the country, Iraq, Pakistan, Afghanistan and Lebanon each year.