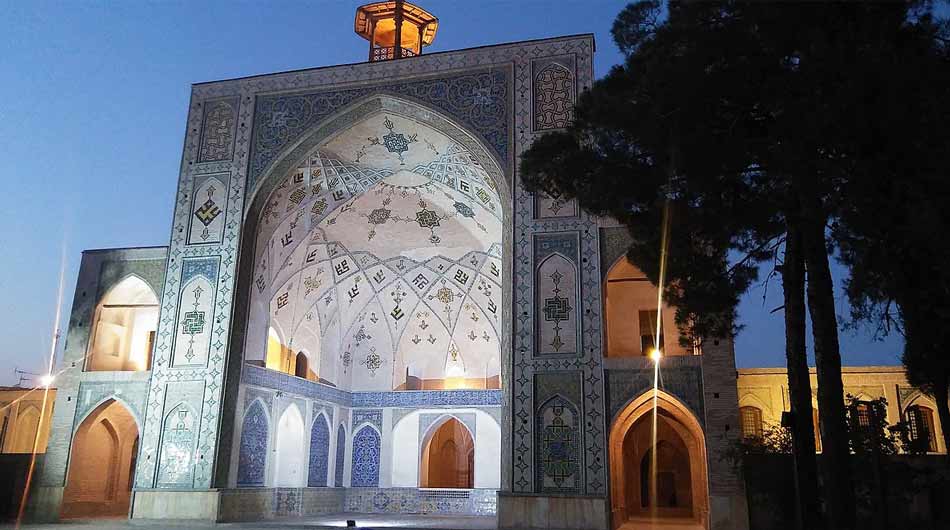 Imam Mosque (Masjid-e Jam ‘e Abbasi), also called Masjid-e Shah (Royal Mosque) before the victory of Islamic Revolution, is one of the finest and the most stunning buildings in the world. The mosque is located in the city center of Semnan. begun in 1612 during the reign of Shah Abbas I and, despite the Shah’s impatience, under construction until 1638 represents the culmination of a thousand years of mosque building and a magnificent example of architecture, stone carving, and tile work in Iran, with a majesty and splendor that places it among the world’s greatest buildings. 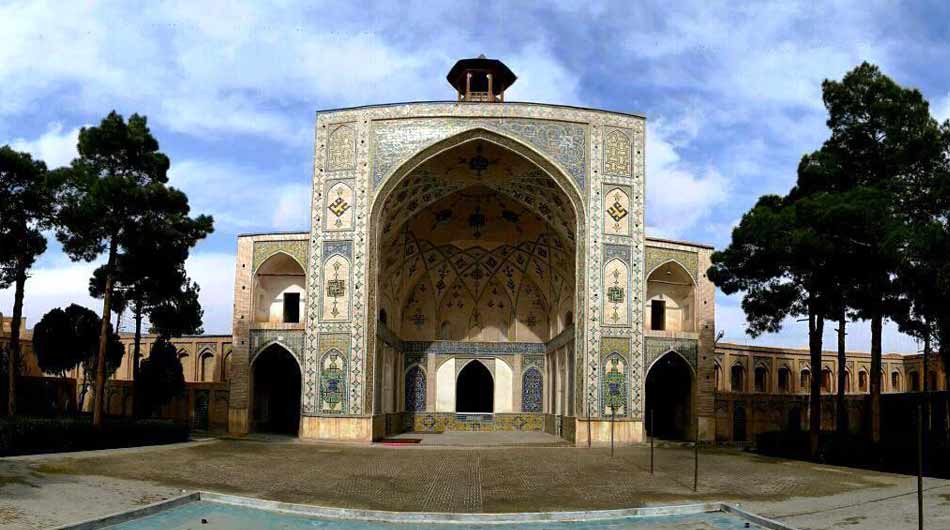 During Fathali Shah Qajar period, the tyrannical ruler was ruling in Semnan. He, named Zolfaqar Khan, was taxing the people of the city so much, so that the people could not tolerate his cruelty and complained to the king. The Shah did not react because of friendship with the ruler, until Zolfaqar Khan passed away. So Fath Ali Shah gave the properties of Zolfaqar Khan to Haj Seyed Hassan Hassani in order to build a mosque to reduce the bad memories of the past. Soltani Mosque, or the Shah Mosque, is built with a large chapel in the center of Semnan. 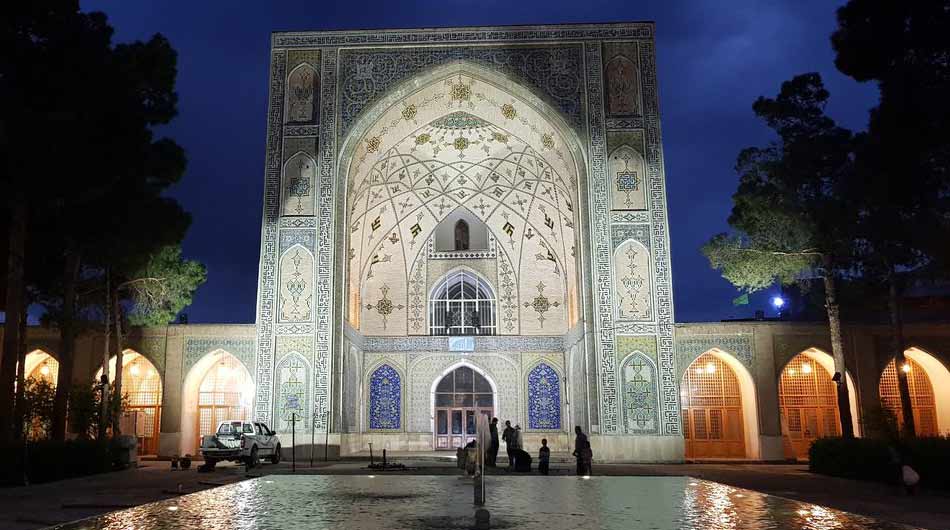 There are four porches on four sides along with an area for nocturnal prayers. Behind the western porch is an inscription revealing the final date of construction (1342 AH.) Here there is a marble pulpit besides the altar. On the top of western porch is a small dome adorned with blue tiles. There is also a tiled inscription from the Holy Qoran, all around the western porch worked in white tiles on a blue (tiled) back ground. After the Islamic revolution, this mosque was repaired by the Cultural Heritage Organization. 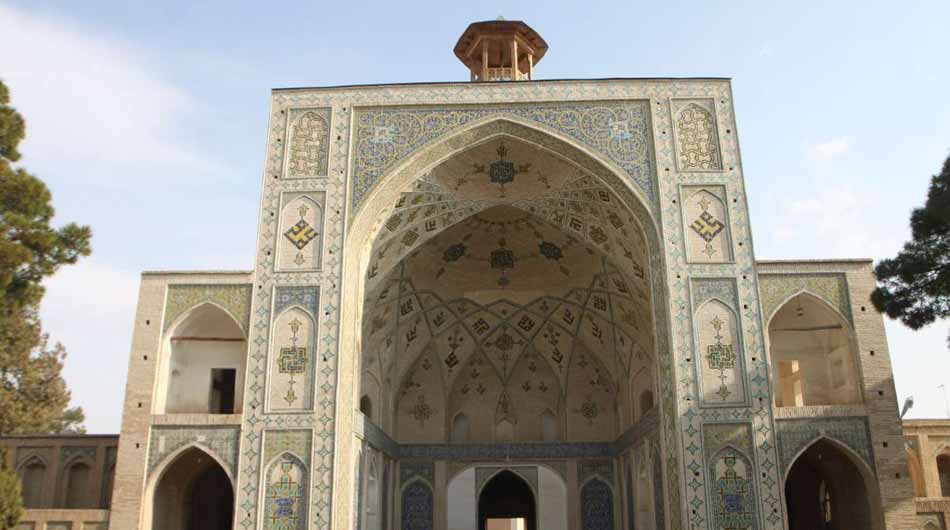 The fact that sound is equally carried to all parts of the dome chamber and cloisters on each side as well as to the courtyard and the lateral porches indicates that four centuries ago, Iranian architects were able to produce buildings provided with acoustics not inferior to those of any modern building.

Great jasper and marble bowls like fonts each made of a solid stone block, can be seen near the portal gate, under the western and eastern domes, and in the cloisters on both sides of the great southern prayer hall. These are unique in terms of delicacy and care with which they were made. They used to be filled, on various with water 91 sherbet to quench the thirst of worshipping throngs in summer.

With the arrival of Islam into Iran and the construction of religious buildings related to Islam, the mosques reached a special importance among the people. In addition to the religious ceremonies, mosques also were the places for gatherings and government announcements. In general, it can be said that mosques are the most important Islamic buildings among the other monuments that many beautiful and unique examples of them can be seen all around the Iran.

33 thoughts on “Imam Mosque in Semnan”