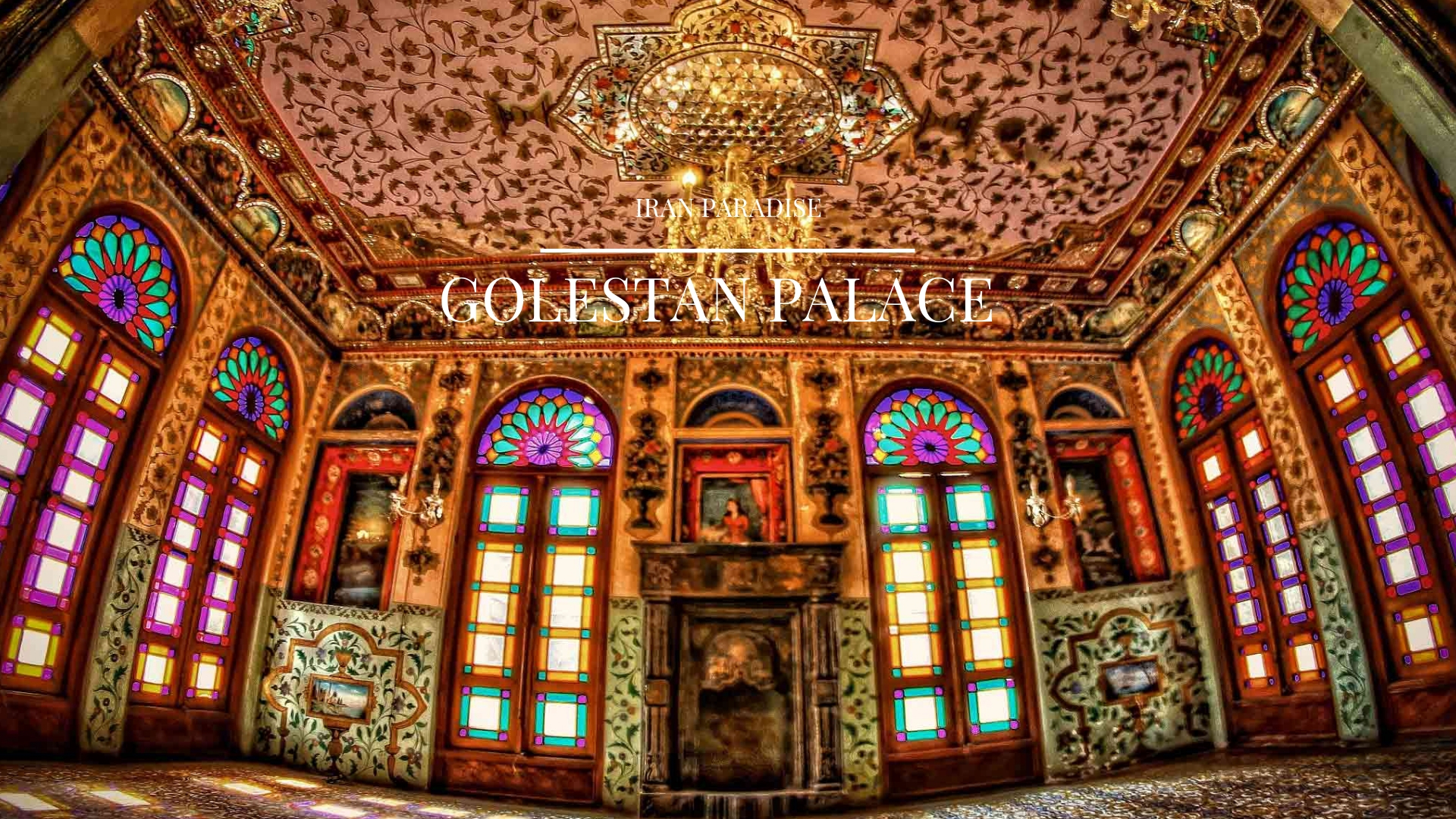 The glories and excesses of the Qajar rulers are played out across this complex of grand buildings decorated with beautifully painted tiles and set around an elegant garden that’s worth visiting in its own right. There are separate tickets for nine different sections, which you need to buy at the gate: the ones worth paying extra for are the Main Halls, which includes the spectacular Mirror Hall, and the Negar Khaneh (Iranian Painting Gallery).

Located on Khordad Square, the Golestan Palace (Palace of Flowers‎; Kakh-e Golestan) is a collection of buildings set in a walled park veined with canals rushing down from the Tochal mountains. The buildings that make up this magnificent complex are some of the oldest in Tehran and mix both Persian and European architectural styles, in particular, French. 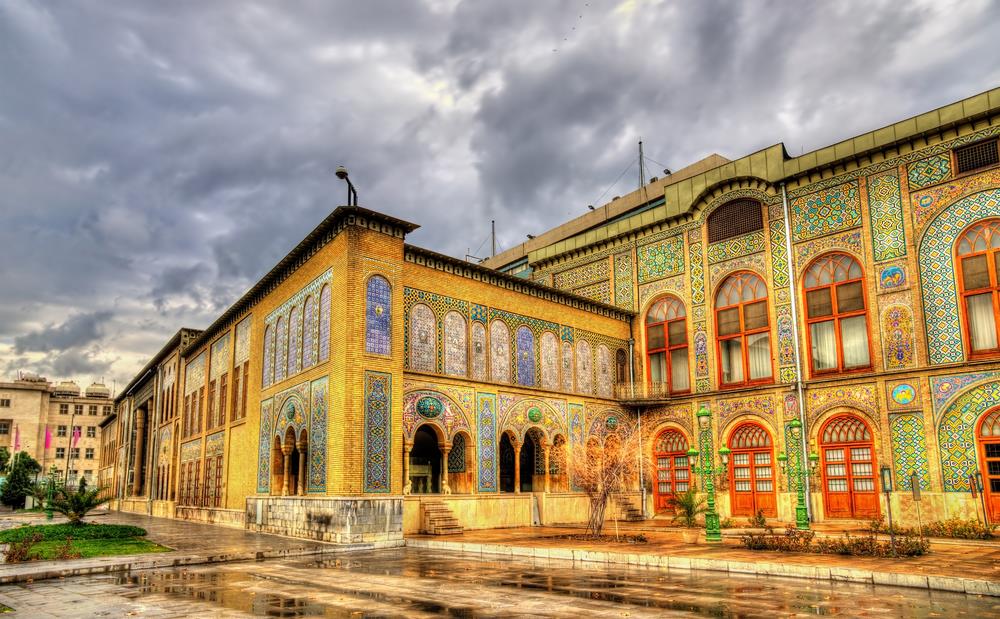 Golestan Palace stands on the site of the historic Arg (citadel) of Tehran which was originally built in the time of Shah Abbas (r. 1588-1629) of the Safavid dynasty. The Arg became the official royal residence when Agha Mohammad Khan Qajar moved the capital of Iran to Tehran and further palace buildings were constructed during the reign of Karim Khan Zand (r. 1750-1779). Buildings commissioned by Naser Al-din Shah (r. 1848-1896), such as the Shams-ol-Emaneh (“Edifice of the Sun”) and the Emarat-e Badgir (“Building of the Wind Towers”) show traces of a European architectural style and building technology that the modernising king was influenced by on his travels.

The Palace is all that remains of Tehran’s Historical Citadel (Arg) which once glittered like a jewel. This historical Arg was built at the time of Shah Tahmasb I in Safavid period. It was reconstructed at the time of Karim Khan Zand and was chosen as the venue of the royal court and residence at the time of Qajar Kings. Nassereddin Shah introduced many modifications in Golestan Palace buildings during his reign. 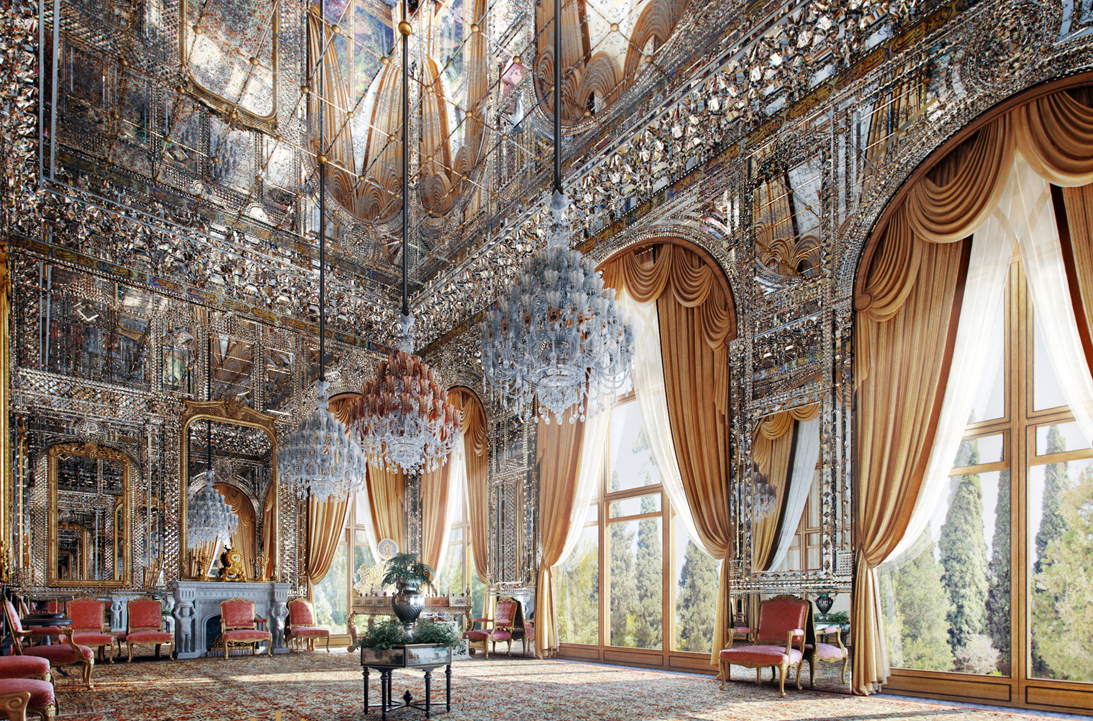 The Royal Court and Residence occupied more than one third of Arg, like traditional Iranian houses, had two interior and exterior quarters. The exterior quarters consisted of the administrative section of the royal court and a square shaped garden known as Golestan (rose garden). These two parts were separated by several buildings, that were destroyed in Pahlavi period.

The complex, in its current condition, consists of two connected gardens, a smaller one on the west and a larger one on the east, and the buildings that surround them. The smaller garden on the west, referred to here as the Takht-i Marmar garden, is oriented along a north-south axis, with a small degree of rotation along the northeast-southwest axis. A water channel runs down the garden’s central axis. The larger garden, here called the Golestan garden, is roughly square in plan (it is slightly longer along its east-west axis) and with a small degree of rotation to northwest-southeast. It features a water channel that runs north-south along its western side, near its border with the Takht-i Marmar garden. 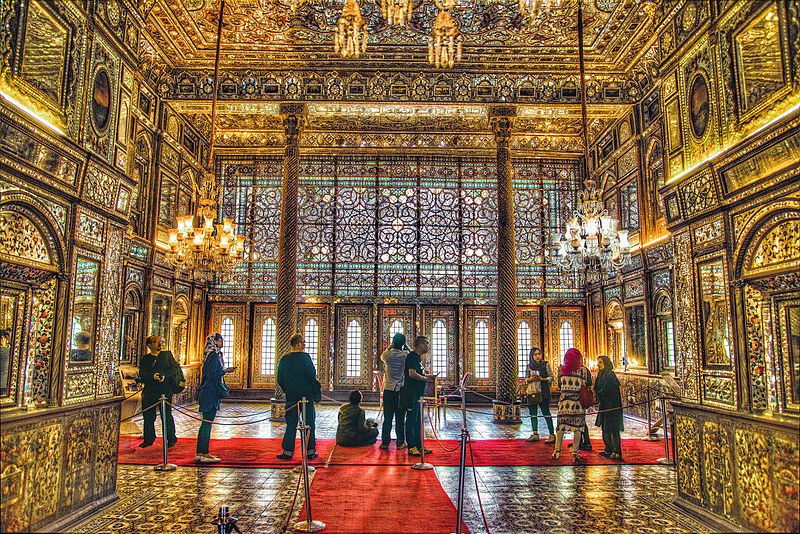 The palace’s highlight are the Main Halls, including the dazzling Talar-e Ayaheh (Mirror Hall). Built between 1874 and 1877 the Peacock Throne was housed here before it was moved to the National Jewels Museum. It was used for the coronation of Mohammad Reza Shah in 1967 (25 years after he came to power) and royal weddings. Today it and two adjoining halls house gifts, including a set of green malachite table decorations from Russia and fine porcelain from France, Germany and the UK.

At the east end of the garden, the imposing Shams-Al Emarat (Edifice of the Sun) blends European and Persian architectural traditions. Born of Nasser al-Din Shah’s desire to have a palace that afforded him a panoramic view of the city, it was designed by master architect Moayer al-Mamalek and built between 1865 and 1867. Only part of the building’s ground floor is open for view, showcasing yet another sequence of mirrored and tiled rooms.

Next up, the small Talar-e Almas (Diamond Hall) offers more blinged-to-the-max decoration. The more subdued teahouse and restaurant underneath might well be more appealing. 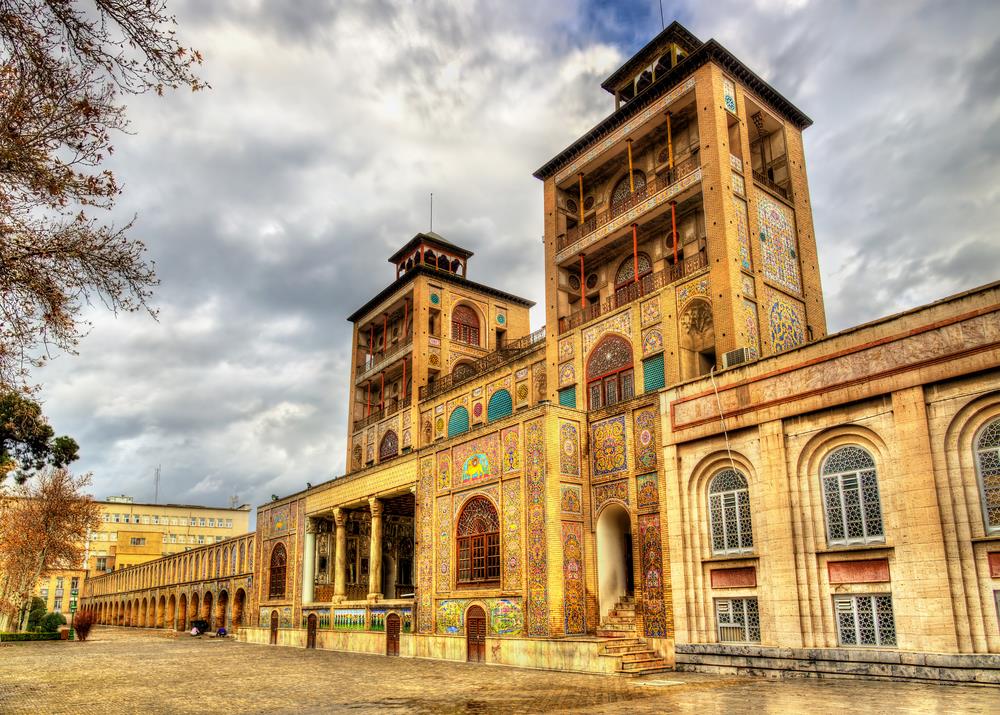