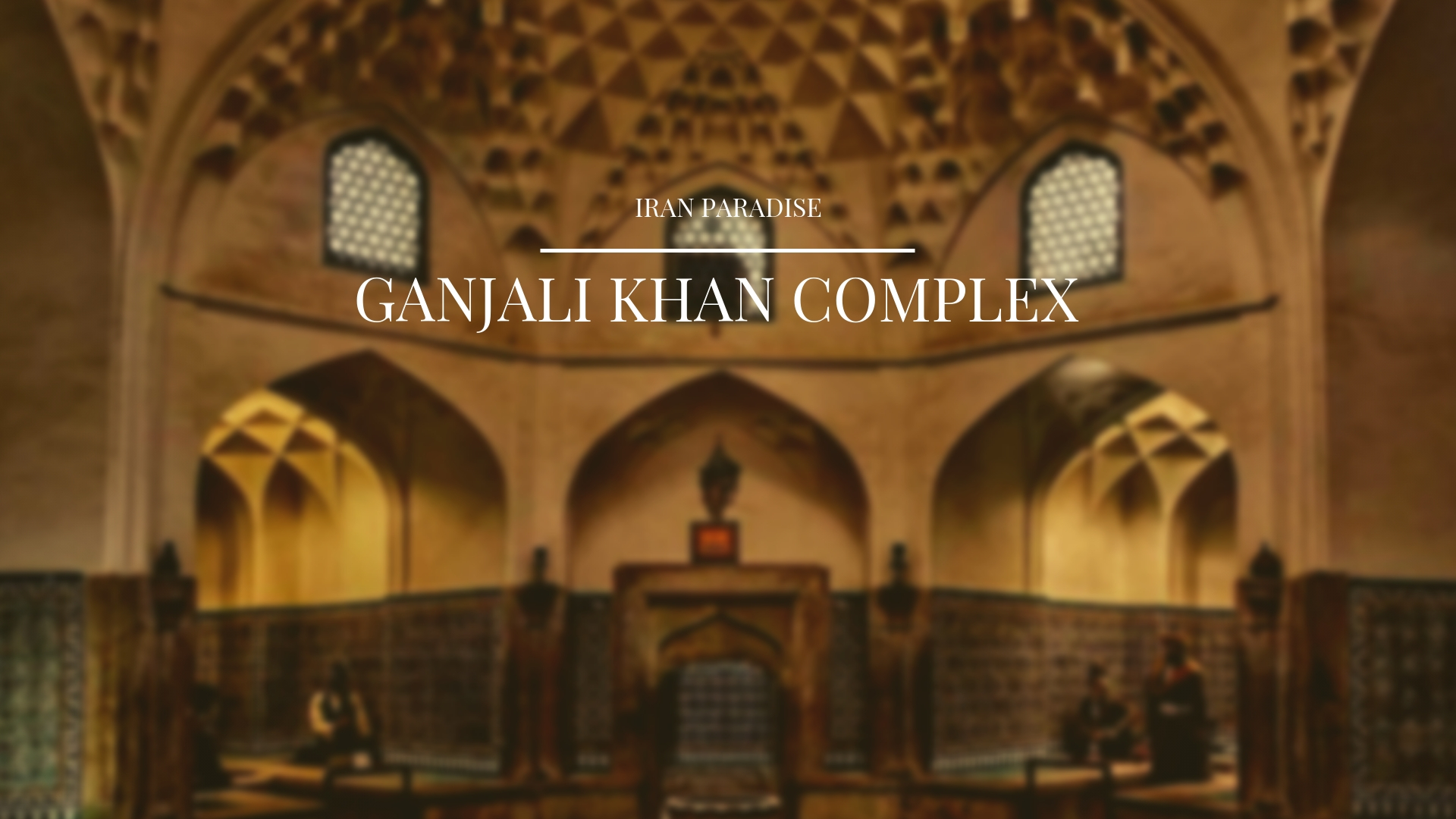 Ganjali Khan Complex is a Safavid-era building complex, located in the old centre of city of Kerman, Iran. The complex is composed of, a square, a school, a caravanserai, a bathhouse, a mint, a mosque and a bazaar.

The Ganjali Khan Complex was built by Ganjali Khan who governed Kerman, Sistan and Kandahar provinces from 1596 to 1621 under Safavid Shah Abbas I. A number of inscriptions laid inside the complex indicate the exact date when these places have been built. The architect of the complex was Mohammad Soltani from Yazd.
The complex covers an area of 11000 square meters and is cantered on a large public square—ninety-nine meters by fifty-four meter—which is aligned with Vakil Bazaar running east-west to its south. The square is enveloped by bazaar arcades to the north, south and west and is flanked by the Ganjali Caravanserai to the east. The entrance to the Ganjali bathhouse is located along a section of Vakil Bazaar south of the square, known as Ganjali Khan Bazaar.

In ancient Iran, the squares of the cities were established near the governorships and were places for gatherings and ceremonies. The architecture is Similar to Naqsh-e Jahan Square in Isfahan and Mir Chakhmagh Square in Yazd, is surrounded by urban elements such as bazaars, Caravanserais and schools.

Entering the Bath, a dim, narrow, curving aisle leads visitor to an octagonal vestibule, itself linked to the cloakroom by a similar aisle. It has six separate changing rooms for the various social classes: the sayyeds, clergy, khans, wealthy merchants, and the common people. Currently in each one of these sections, two statues portray this scene. From the changing rooms one enters the bath proper, an area of 46 by 30 meters. Narrow passages lead to a row of halls, each of which had a specific use such as massages and hot and cold baths. The main bath comprises of a cold water pool with a ceiling similar to that of a tent supported by eight beautiful pillars.

The bath rendered service no later than 60 years ago. The ceiling of the bath was originally covered with fine marble that admitted light from the outside. Later marble was replaced by glass. Sunlight pours in from the roof overhead, creating superb light effects. Water from an underground qanat, which the Khan himself twice excavated, flowed out in the city square and fed the city cistern. Although the cistern was built in the time of Ganjali Khan, it is known by the name of his son Ali Morad Khan, whose name is in the inscription. The cistern is 19.5 by 10 x 9 meters can hold some two million liters of water.

The bazaar is located in southern part of Ganjali Square. Inside, the bazaar is decorated with exquisite plasterwork and wall paintings and although they are 400 years old, they are still well-preserved. The bazaar is 93 meters long and is connected to Ganjali square through 16 Iwans and vaults.

The plan of the caravanserai is based on the four-Iwan typology, with double-story halls centered on tall Iwans enveloping four sides of an open courtyard. There is an octagonal fountain at the center of the courtyard which is chamfered at the corners. The caravanserai measures thirty-one and a half by twenty-three meters. It has a small domed mosque at one corner that measures five and a half by five meters.

The Ganjali Khan Bath currently serves as an anthropology museum and attracts an increasing number of Iranian and foreign tourists. In the closet section and main yard of the bath there are many life-like statues which demonstrate how a bathhouse functioned, bringing back the memory of everyday scenes from its past.. These statues were designed at Tehran University’s faculty of fine arts in 1973 and then transferred to this museum. All garments and exhibited objects are period pieces: razors, phials for rose perfumes and long-stemmed pipes to be enjoyed after the bath. 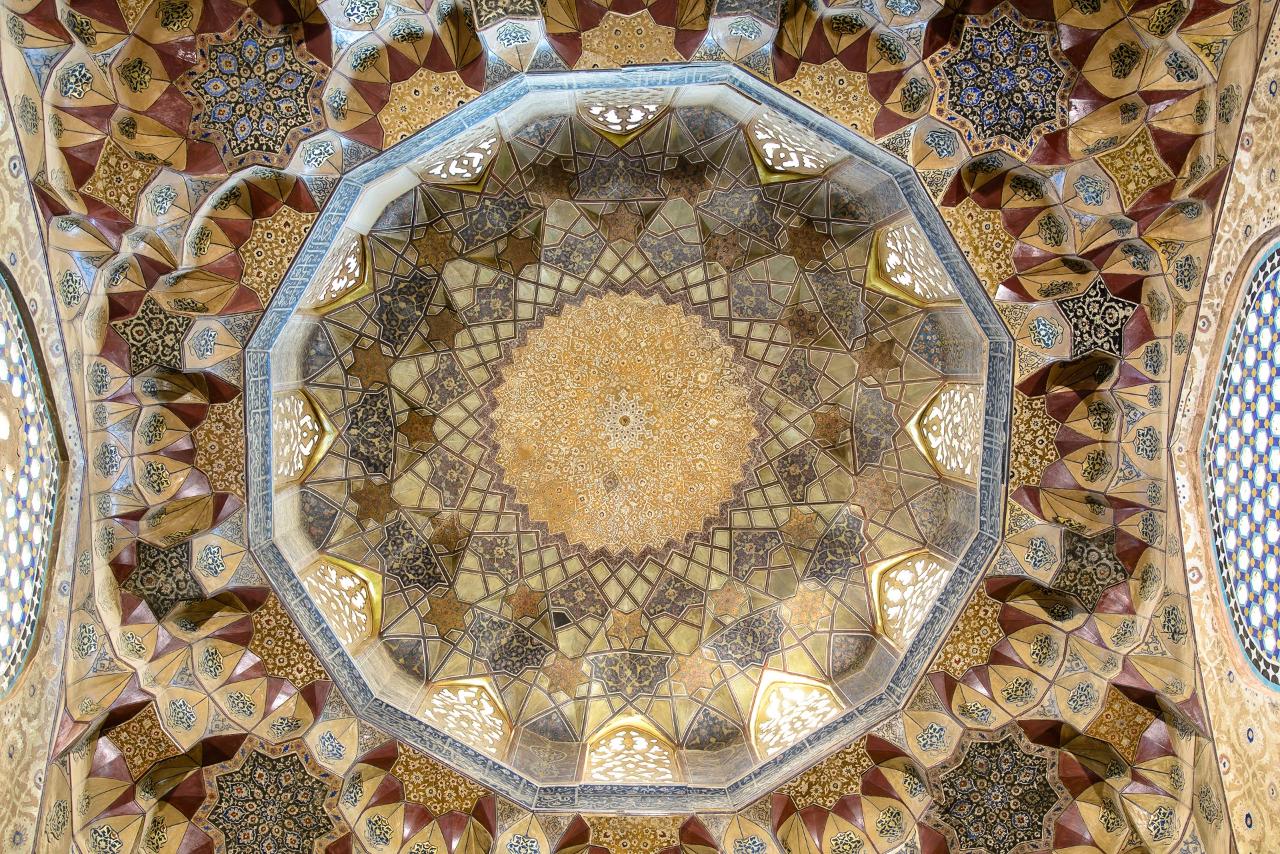 Lacking a proper sewage system, wells have been dug in Kerman to discharge waste. Most of these wells are now brimming with filth, menacing the area of historical buildings, mostly made of adobe and mud-brick. Floating on this sea of sewage, Kerman’s historical fabric is threatened by crawling damp, which has already damaged the Ganjali Khan Bath and grand Bazaar.

The mint’s construction started in 1598 and ended in 1625. The interior decorations consist of ochre plasterwork and brickwork. The building has a tall dome crowned by a cupola to admit light and vent air. The mint was converted into a numismatics museum in 1970. The museum displays coins from different periods such as Parthian, Sassanid, Safavid and Afsharid periods.

To get there, everyday is appropriate. But, in order to benefit the advantage of this travel, we suggest our traveler October to March, because the weather is cooling down and it is easy to access other tourist attractions of Kerman city. 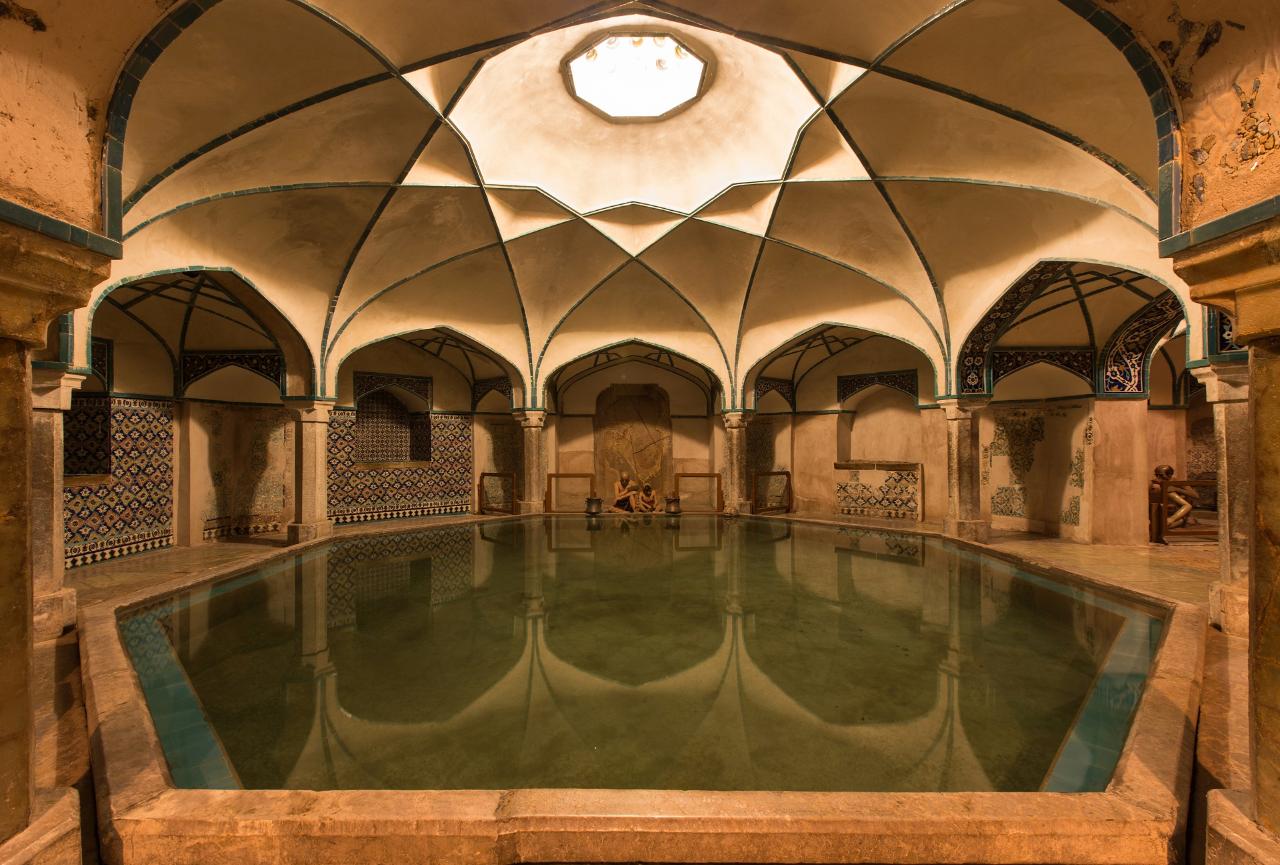