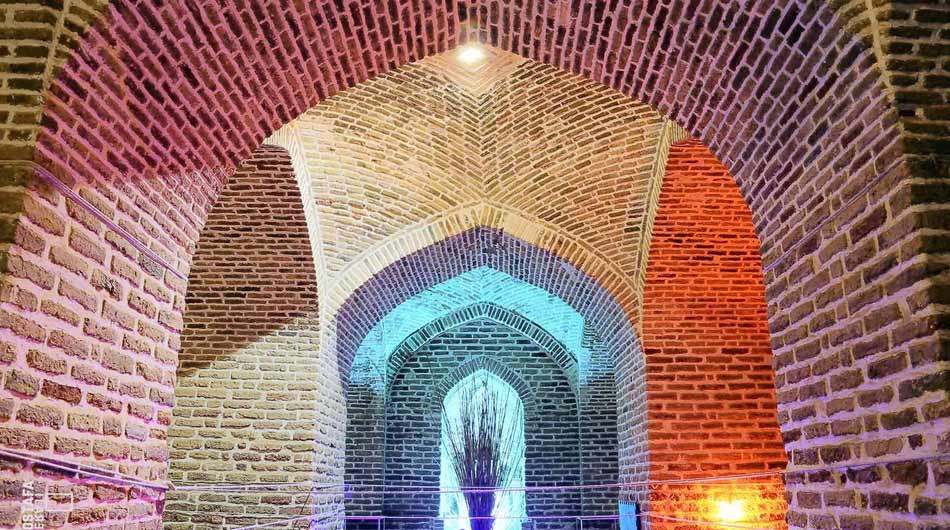 Deir-e Gachin caravanserai is one of the oldest caravansaries of Iran located 80 km northeast of Qom, also known as mother of all Iranian caravansaries. The Iranian desert is preppered with long-abandoned caravansaries, sprawling inns centered in large rectangular courtyards where caravans of merchants would rest, trade, and stay the night before continuing their long journey along the Silk Road.  This building is located on the old way of Qom to Varamin. It is known as the mother of the caravanserais of Iran. This monument of ancient Iran is built along the Silk Road and the historical road of Ray to Qom. Today it is in the middle of Kavir National Park. This caravanserai has been registered as a national heritage of Iran.

Most reports date Deir-e Gachin back to the Sassanian dynasty, between 334 and 651 CE, when it was possibly built as a fortified fire temple. But much of what is seen today was built centuries later after the structure was restored during the Safavid dynasty in the 16th through 18th centuries when caravansaries flourished along the Silk Road. Historical texts prove that it has also been referred to as Ardeshir, Day-r ol-Jas, Day-re Kaj, too. Among these names, Ardeshir makes it more possible that this building belongs to the Sassanid king, Ardeshir I. It should not be left out that there are other historical buildings such as Rock Castle of Mohammadabad Kaj, Qal-e Goli located close to Dayr-e Gachin. 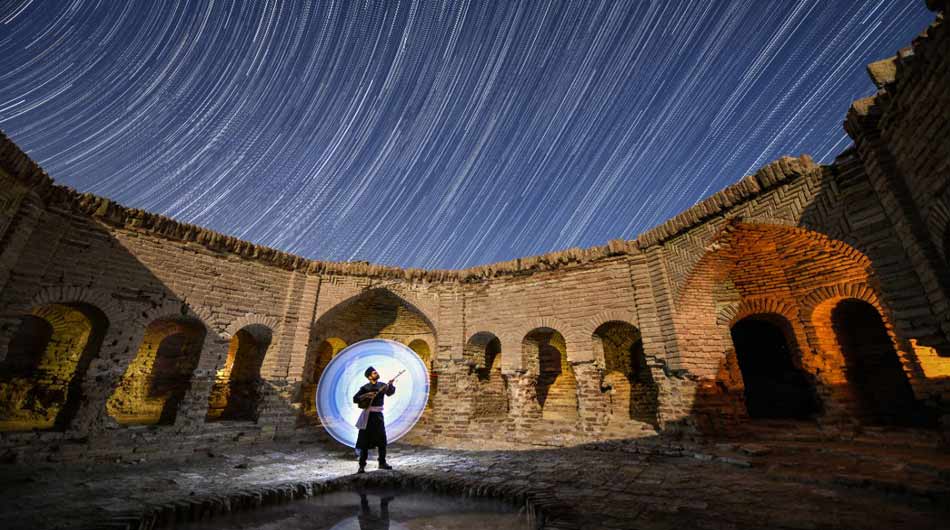 Deir-e Gachin is laid out like many Persian caravansaries, forming a huge open courtyard in the shape of a perfect square. Surrounding the courtyard are dozens of guest rooms and camel stables for merchants to post up for the night. The caravanserai is unique, though, in that each corner was built to serve a different purpose: a mill in the northwest, a bathhouse and kitchen in the southwest, a private apartment in the northeast, and a mosque in the southeast. There is a vestibule after the first gateway. It leads to the Miansara. There are a mosque, bathhouse, mill, and other sections built there. All around this structure, there are thirty-six rooms in one story. All of them have only one door. However, the rooms located higher than the Miansara level have Iwans.

Outside of the caravanserai, a rectangular fire temple was built on its western side, as well as a fortress, brick kiln, two water reservoirs, and a graveyard. Once added to the caravanserai itself, the spread of this historical site reaches nineteen thousand hectares. A wall is surrounding the caravanserai. It is more than five meters tall, one meter wide and eighty meters long. There are crenels in some parts of the wall, which is made of bricks with the cross arrangement. The Sassanid bricks have marvelous details. And they have also been used for the restoration during the Seljuk dynasty.

Today the Deir-e Gachin Caravanserai is situated in the middle of Kavir National Park, on the western edge of Iran’s Dasht-e Kavir, or “Great Salt Desert.” Visiting this remote landscape is a rare and memorable experience, as the pristine environment is protected from any human settlement. Spending the night under the desert stars, far from the light and noise of the city, you can imagine what life may have been like for the merchants that traversed the desert centuries ago.