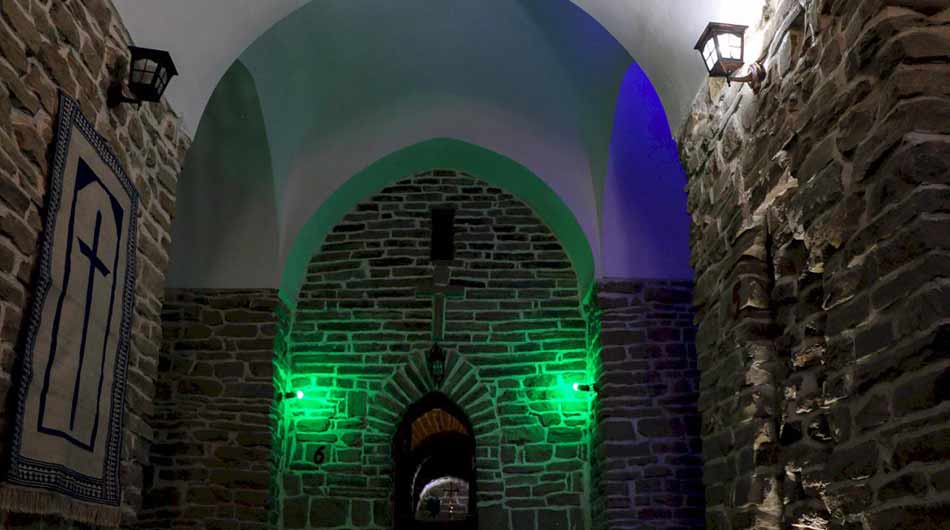 St. Mary Church (Also known as Naneh Maryam Church) is an ancient Assyrian church located in the city of Urmia (Orumieh), West Azerbaijan province in Iran. It is considered by some historians to be the second oldest church in Christendom after the Church of the Nativity in Bethlehem in the West Bank. Saint Mary’s church is not only the oldest church in Iran but also one of the oldest in the world speaking of its age, it suffices to say that it was built on the tomb of three magi who passed here on their way to Bethlehem. 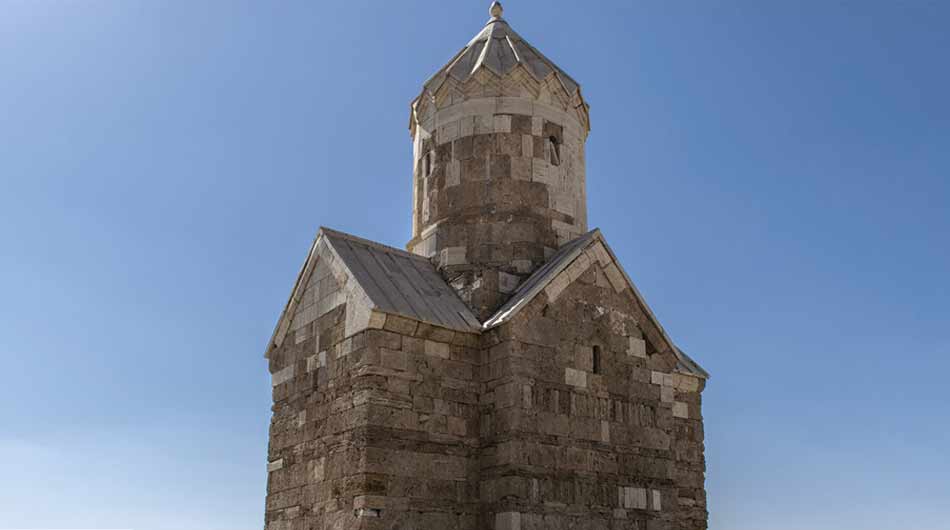 This ancient church, which its existence is directly merged with magi men, those who were mentioned in the holy book, in Assyrian language are called “Mart Maryam ” or ” Mat Maryam ” Or saint “Ezra’’, according to different stories, at least one out the three mentioned men are buried here in the basement of this church in the world, since the church which was built upon Jesus birthplace in Bethlehem is the first and Saint Mary’s church was erected at the same time. 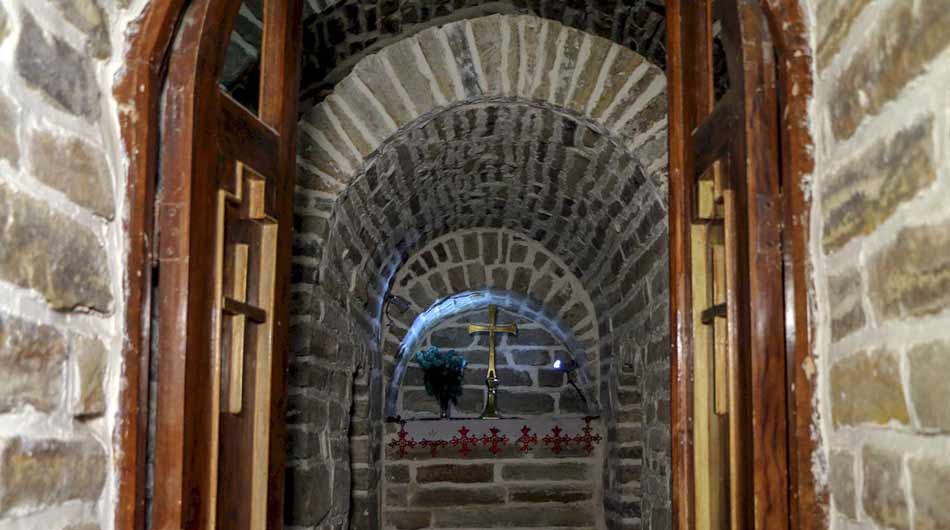 Urmia (Orumieh) is the largest city in West Azerbaijan province of Iran. Urmia is situated at an altitude of 1,330 m above sea level, and is located along the Shahar Chay River (City River) on the Urmia Plain. Lake Urmia, one of the world’s largest salt lakes, lies to the east of the city and the mountainous Turkish border area lies to the west. Urmia is the 10th most populated city in Iran. The city’s inhabitants are predominantly Azerbaijanis, with minorities of Kurds, Armenians and Assyrians as well as Iran’s official language, Persian. The city is the trading center for a fertile agricultural region where fruits (especially apples and grapes) and tobacco are grown. The Christian history in Urmia, Iran should be noted first. It is highly, and most intricately preserved especially seen in the many churches, and cathedrals. 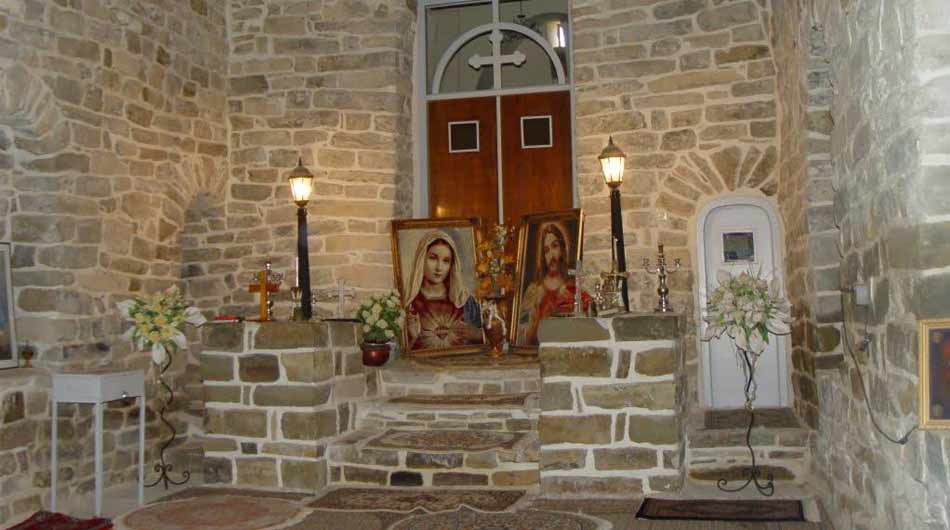 Current old building of the church belongs to Sasanian era and its interior design is a combination of Sasanian and Arsacid architecture. It is believed by some Assyrian and Christian historians that it had been a Fire temple at first in which Zoroastrian priests used to pray. At Jesus Christ’ time of birth, three priests observed a shining star moving toward east. They considered it as a sign of awaited Messiah’s birth and traveled to Jerusalem to meet him. After coming back they change the fire temple to a church. A Chinese princess, who contributed to its reconstruction in 642 AD, has her name engraved on a stone on the church wall. The famous Italian traveler Marco Polo also described the church in his visit. 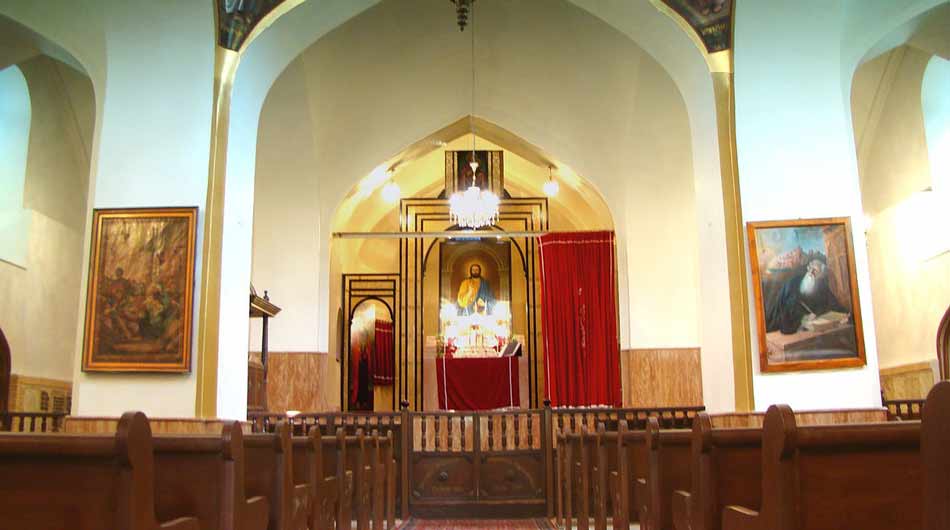 Briefly prior to the World War I, it was converted by the Russians to a Russian Orthodox church. In early 1960s, the old church was restored and a modern church with a spire was built adjacent to the ancient church. Archeological experts attribute Maryam Church to Sassanid Period based on examining and studying internal architecture, domes, arches, and pillars. Like all other regional churches, the entrance is a relatively small one and in order to get to the main hall, one must follow some steps down. The building encompasses an altar, several chambers, a vestibule and the main hall.

16 thoughts on “Church of Saint Mary”