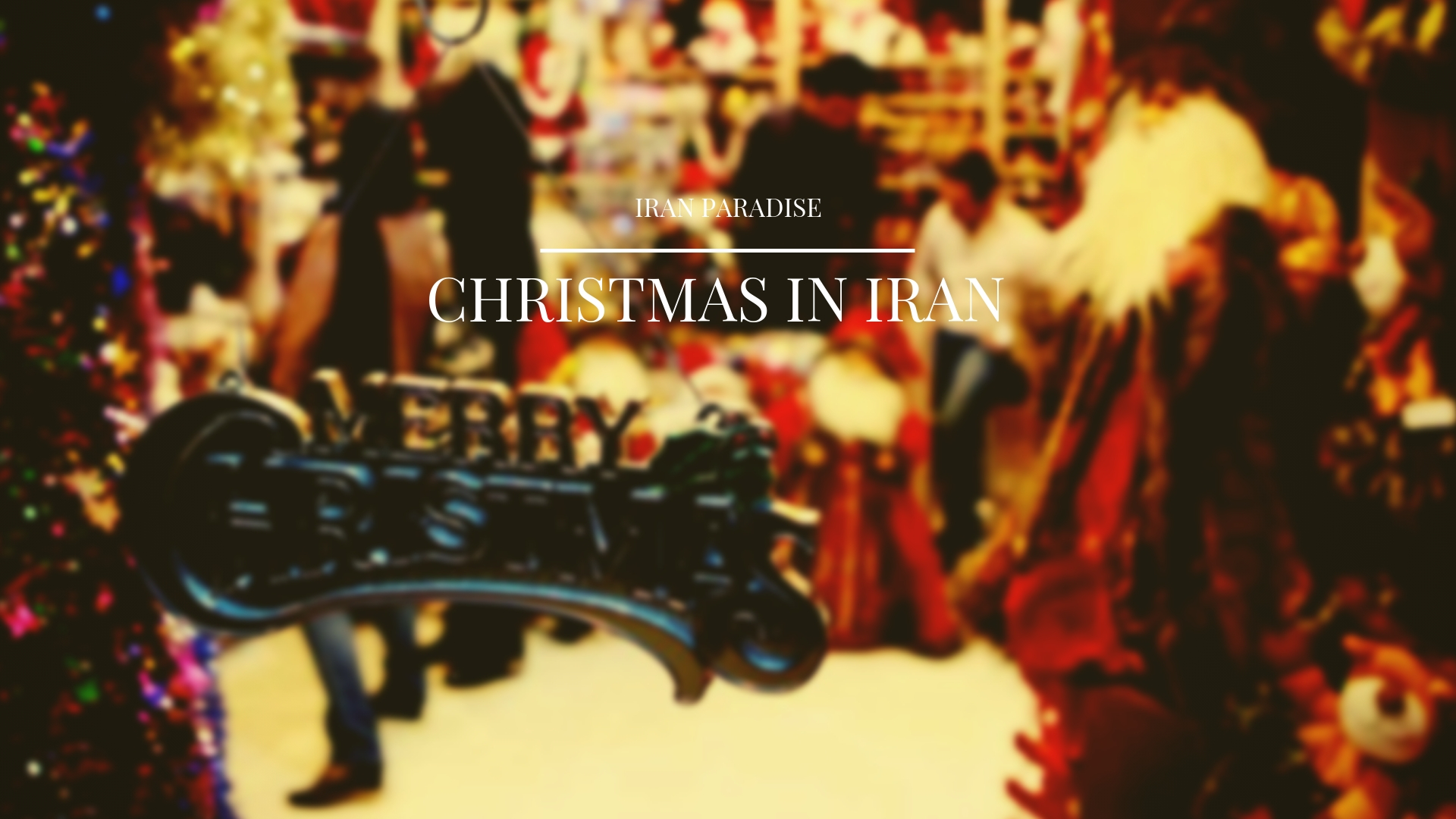 As Christians around the world celebrate Christmas, the holiday season is also observed in Iran. Christianity has a long history in Iran, dating back to the early years of the faith. Christmas in Iran has been practiced in the country longer than the state religion, Islam. According to the country’s statistics, today there are at least 600 churches for 300,000 – 370,000 Christians in Iran, most of whom are Armenians who are followers of the Oriental Orthodox branch of Christianity.

Islam is the official religion of Iran, However, like other countries in the region, Armenian-Iranians celebrate Christmas. Around 300,000 – 370,000 Christians live in Iran today Christians believe that Jesus Christ is the savior of the world, and that his father is God. Most Christians in Iran have ancestors from Armenia, a country north of Iran, or Assyria, an ancient land that once stood to the west. 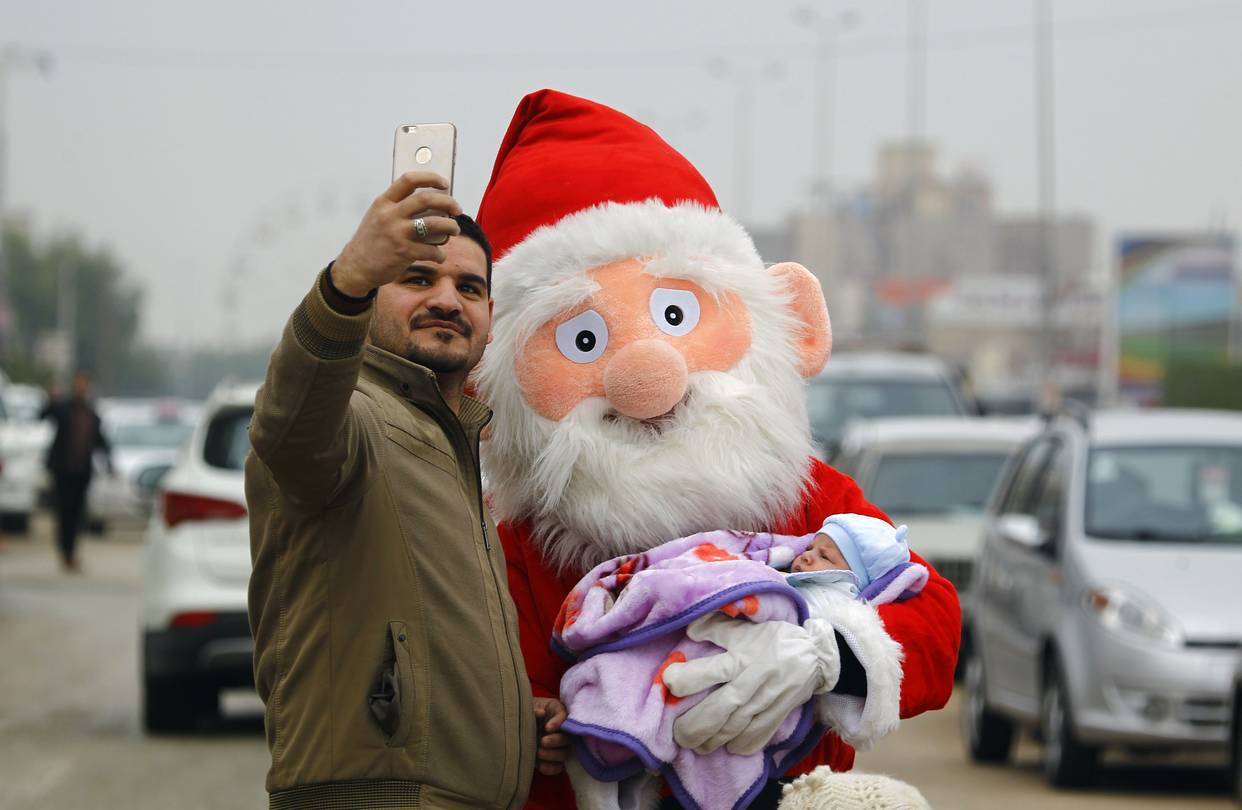 On December 25, the heavy traffic in cosmopolitan cities as well as lack of snow, particularity in Tehran at the moment, may put a damper on the festive spirit (or not, if you celebrate at home and strictly as a religious tradition), but the beautiful decorations at shopping malls and hotels, the colorful displays of candy canes, snow globes and Santa Claus figures behind shop windows, and the joyful buzz of the festive mood brought into Instagram and Twitter posts, can make up for it. They live in cities such as Tehran, Urmia, Tabriz, and Isfahan. Every December 1, Iranian Christians begin a fast. They eat no meat, eggs, milk, or cheese until Christmas Day.

On Christmas Day, they celebrate Jesus Christ’s birth by feasting on a traditional chicken stew called harissa, or on roast turkey. Iranian children celebrating Christmas receive new clothes, but rarely Other gifts. Most of Christians are Iranian Armenians who celebrate Christmas in with friends and family members in churches throughout the country. Iran’s Christian Armenian minority has been storming the gift shops in Tehran, buying them out of all their ornaments, Santa figures and pine trees to hang in their stores and homes. Christmas trees decorated with red, green and gold gift boxes placed behind shop windows or at the entrances of different shopping malls and hotels can be seen, especially in the Christian neighborhoods of Tehran. 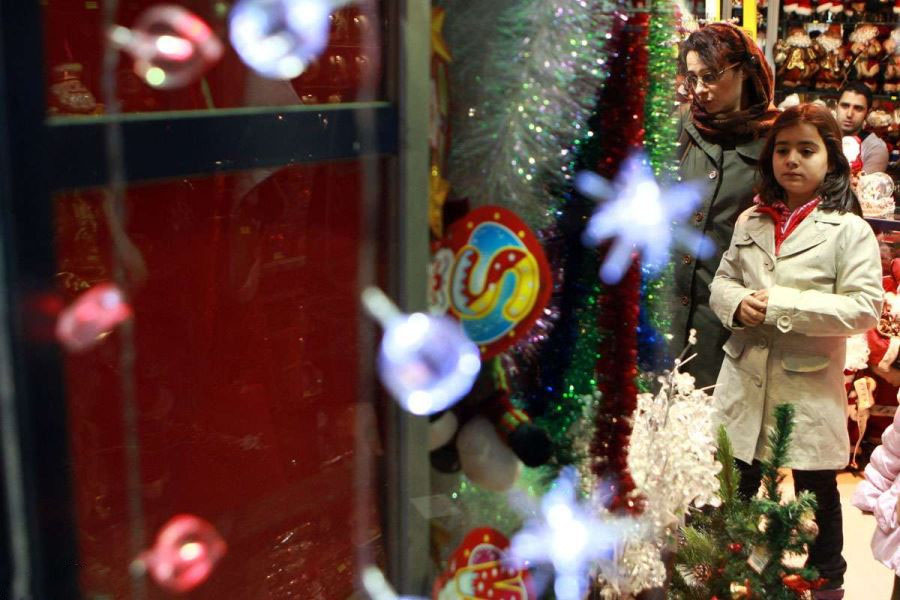 Decorated trees, along with Nativity scenes of the Virgin Mary, Joseph and baby Jesus, can also be seen in shops along Mirza Shirazi Avenue and Ostaad Nejatollahi (Villa Avenue) and its surrounding neighborhoods in central Tehran, where many Iranian Christians reside. Some Iranian Christians celebrate Christmas in Iran on Dec. 25 and New Years’ on Jan. 1, while Armenians celebrate Christmas at the same time as the Epiphany on Jan. 6. Despite being a minority, Iran’s Christians, Jews and Zoroastrians are recognized as established religious minorities and are represented in parliament, and also enjoy freedom to practice their religions and perform their religious rituals.

During Christmas in Iran, joy and merriment reigns supreme for the Christian population all over the country. Iranian Christians traditionally enjoy a kind of chicken stew, called harisa, for their Christmas dinner, as well as a pastry dessert called kada. Iranian Christians sometimes refer to the festival as the “Little Feast.” This name distinguishes it as a holiday of less importance than Easter, which is known as the “Great Feast.” The festival is preceded by “Little Fast”, or 25 days of fasting from animal products. 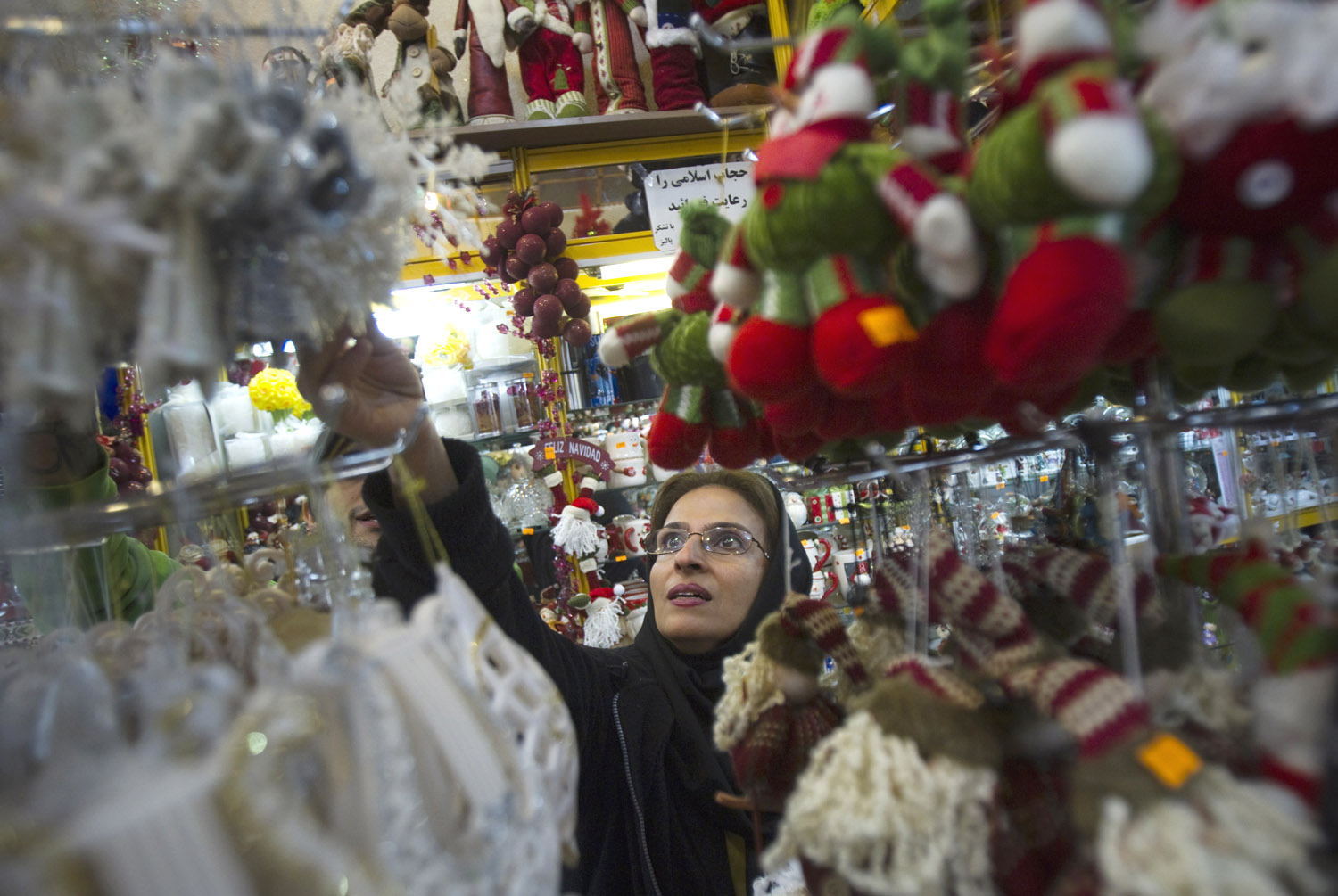 The ritual is observed, mainly by the Assyrians, from December 1 and needs one to abstain from meat, eggs and even dairy products such as milk and cheese. For devout Christians, it is a time of peace and meditation. The fasting is intended to purify the mind, body and soul to welcome Christ. Most of the community attend church services during the time. While the “Little Fast” is observed from December 1 – December 25, the “Big Fast” occurs during Lent, the six weeks preceding Easter. It is not until the “Little Fast” ends that the Christmas feast begins. The Christmas Eve is the last day of the “Little Fast” and even before dawn on Christmas Day, the people attend Mass to receive Communion. It is only after they receive this Communion that they are permitted to break fast.

Thereupon, preparations for the great Christmas feast begin. Plenty of meat is cooked up for the celebrations. The main dish for Christmas Day is a kind of chicken barley stew, popularly known as “Harissa”, which is cooked in large quantities and is stored and eaten for several days. For Iranian boys and girls, Christmas week is the time for happiness. It is the occasion when they can indulge in joyous celebrations and gorge on delicious recipes once again. In recent years, municipal authorities have also put up banners celebrating the birth of Jesus on many main streets and at the St. Sarkis Armenian Church on Villa Avenue, where a service is held every year. 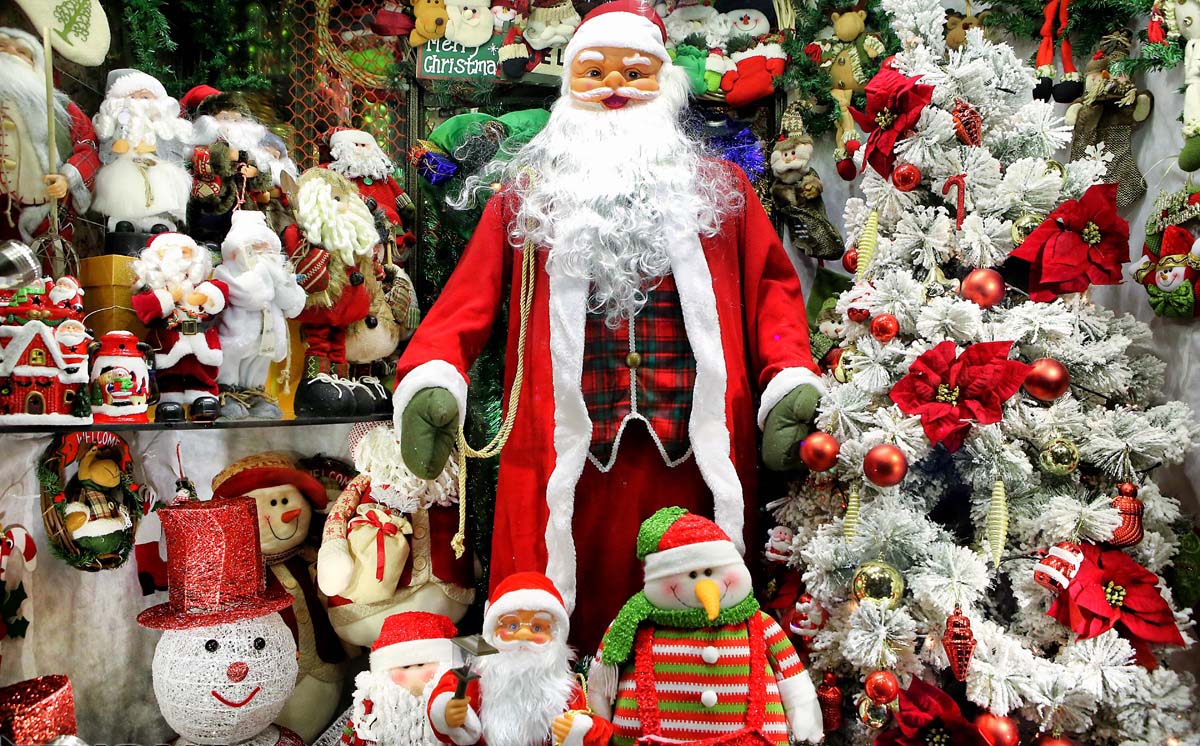 Unlike other countries in the region where public celebration of Christmas is limited to hotels frequented by foreigners, there is no such restriction in Tehran. The sale of Christmas ornaments, which during the first years of the Islamic Revolution was limited to Christian districts, can now be seen around town. In fact, festive Christmas decoration and celebration take place throughout the country, specifically in major cities such as Esfahan, Shiraz, Tabriz and even religious cities such as Mashhad.

One thought on “Christmas in Iran”