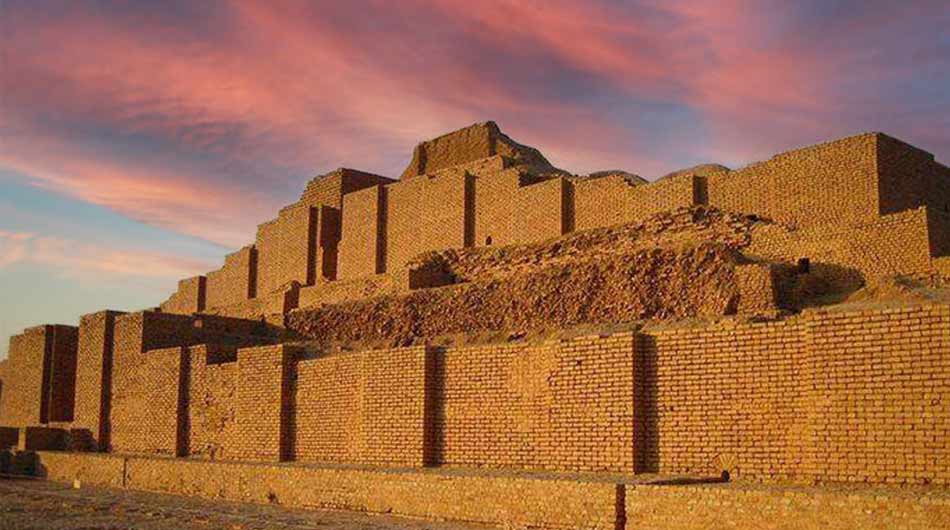 Chogha Zanbil is an ancient temple belonging to Elam civilization that ruled 3500 BC. Chogha Zanbil is remained from Dur Untash City (Town of Untash), and it is located near Susa (ancient city) in Khuzestan Province. Chogha Zanbil was built about 1250 BC by the king Untash-Napirisha, mainly to honor the great god Inshushinak, meaning the guard of Susa. The main building materials in Chogha Zanbil were mud bricks and occasionally baked bricks. The complex is protected by three concentric walls, which define the main areas of the ‘town’. The inner area is wholly taken up with a great ziggurat dedicated to the main god which is located at the center and it’s a square building, dedicated to the Sumerian god Inshushinak. 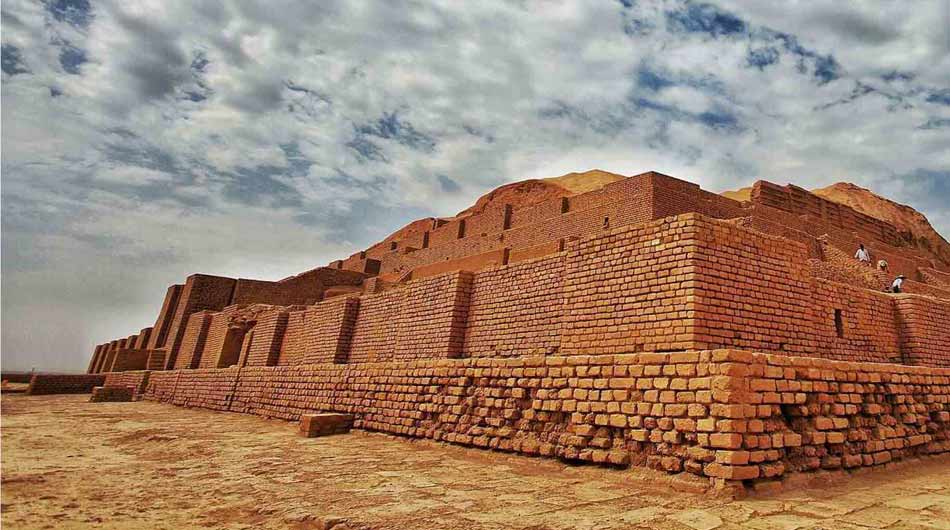 The construction was the first Iranian monument registered as UNESCO World Heritage site. Many archeologists and historians believed that Tchogha Zanbil was the first religious complex in Iran. The Ziggurat was built upon the order of Untash who was the Elamite king and the aim was to honor Inshushinak, the great god who protected Susa. Tchogha Zanbil consists of three concentric walls defining the main area of the town. Apart from a monument for the main god, there also are eleven temples for other gods. Thousands of unused bricks left at one side are the reason for believing that the king had the plan to build 22 temples but unfortunately he could not fulfill it. The monument was built by mud bricks and in some cases baked bricks. 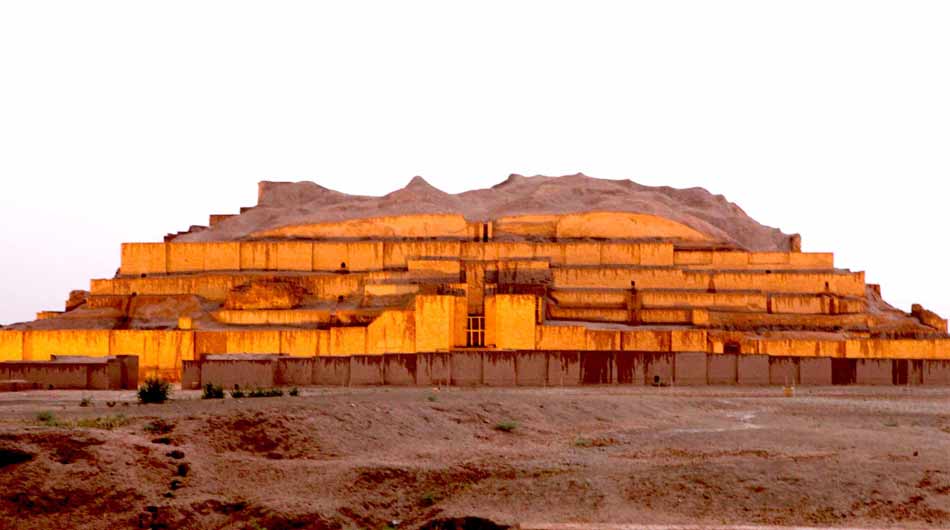 As we mentioned this place was built c. 1250 BCE during the Middle Elamite Period (c. 1500 – c. 1100 BCE) by the Elamite king Untash-Napirisha (r. c 1275-1240 BCE) and dedicated to the Elamite gods Insushinak and Napirisha but also included shrines to other gods, many of Mesopotamian origin, in order to provide the diverse population of Elam with an all-inclusive center of worship. Untash-Napirisha originally dedicated the site solely to Insushinak, the patron deity of nearby Susa, and it is thought he intended to draw attention away from Susa as one of the royal cities of Elam and establish his new city as a capital. He changed his mind, however, possibly after considering the wide array of religious traditions and diverse gods followed by the people of Elam, had the original ziggurat dedicated to Insushinak torn down, and built a much grander complex with a larger ziggurat, temples, and shrines, and housing for priests all enclosed behind three massive concentric walls. 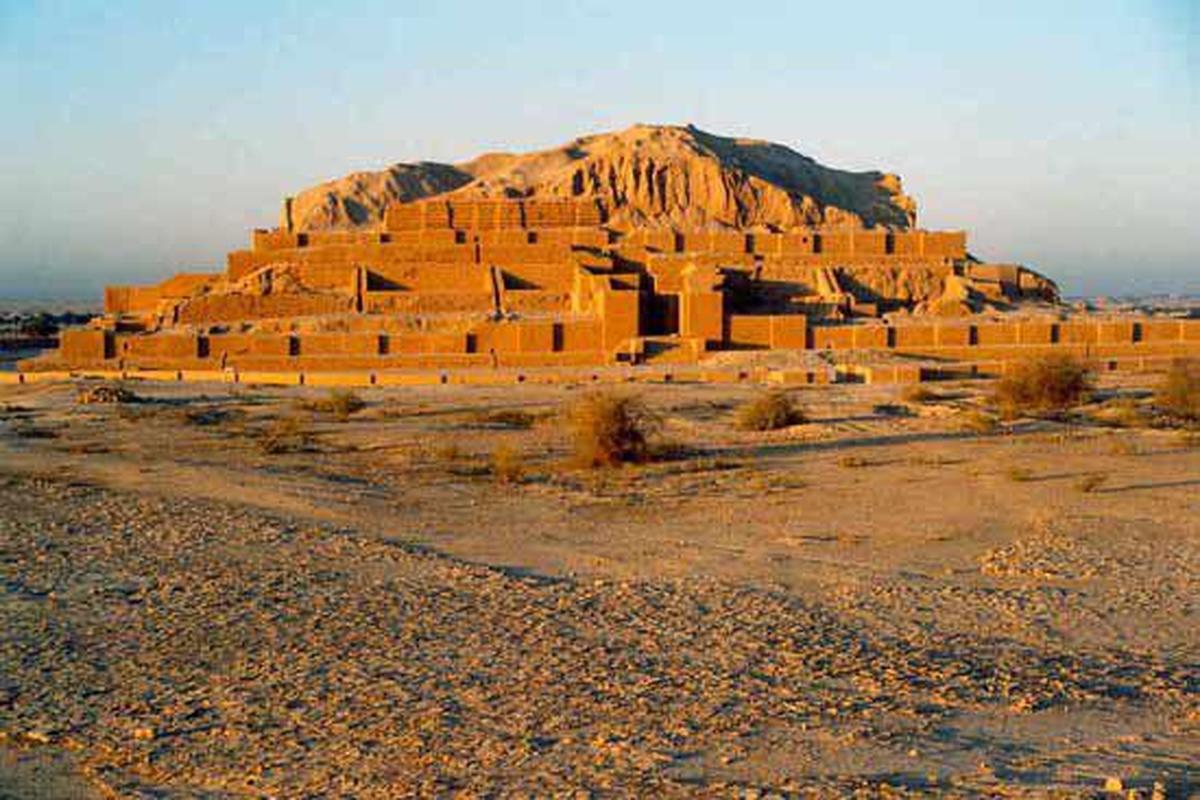 In 1240 BC, you could find Chogha Zanbil surrounded by 3 huge circular walls. The sacred complex included a royal quarter, residences, temples and the grand Ziggurat. Located in the center, the Ziggurat was originally 53 meters high, was topped with a temple, and had a baked brick façade. Some of the bricks had cuneiform inscriptions on them. What distinguishes Ziggurat Dur Untash from other ziggurats in Mesopotamia is that in them, the upper floors were built on the lower floors.

But in Chogha Zanbil, each floor has its own separate foundation on the ground. The central ritual section of the ziggurat had 7 portals and there were 7 sacrificial places in front of the southeastern staircase. To the northwest of the Ziggurat, you could find temples dedicated to minor gods. To the southeast, there are a collection of 3 monumental palaces known as the royal quarter. In one of these palaces, archaeologists found 5 underground tombs. In them, they found precious items and the remains of 4 cremated and 1 uncremated bodies.