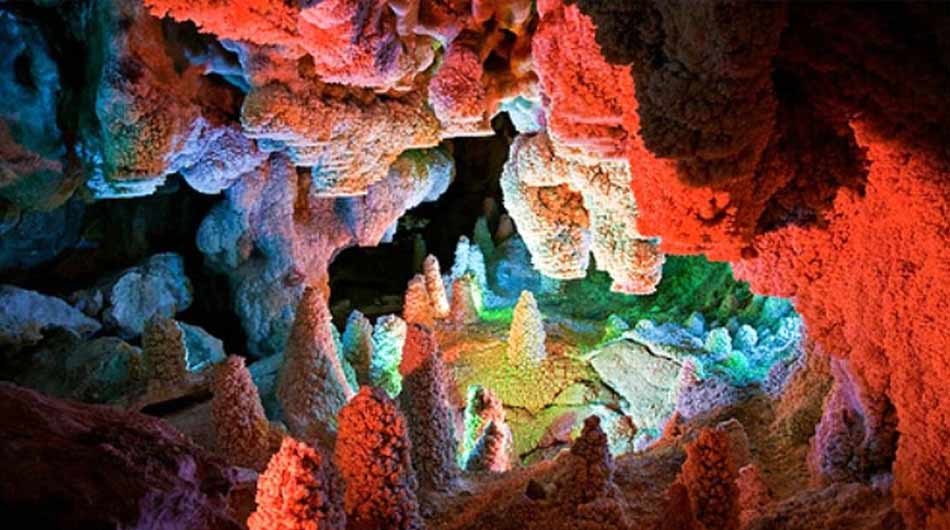 Chal-Nakhjir Cave is one of the amazing attractions of Markazi province, which is located between Naraq and Delijan on the hillside of Takht-kooh. This cave dates back to the third geologic period. It is interesting to know that Chal means a pit, and Nakhjir means a hunting ground. Nakhjir Cave or Chal-Nakhjir Cave is the most beautiful and stunning cave in the Middle East located in central Iranian province of Markazi. Caves are strange and mysterious places with unique beauties, caves are so dark that even the eyes do not see the eye, some creatures living in a cave like blindfish have no eyes to see. The silence of the caves, this natural attraction, takes you to a deep journey. You will be amazed by experiencing the silence of the cave, a silence full of unspoken things. 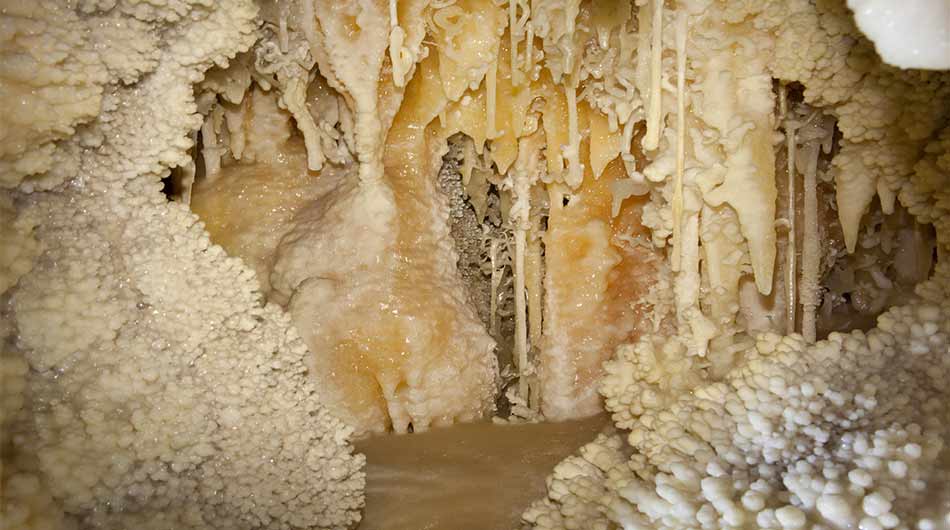 Chal Nakhjir is a rare geological phenomenon which was recently discovered in 1989 and is located in the township of Delijan. This cave belongs to the Cenozoic period and has been formed as a result of tectonic factors and aerobic chemical reactions. It has beautiful decorative stones. The height of this cave in some places reaches over 20 m. and has deep valleys in its divergent paths. This cave was accidentally detected when there was an investigations for water by the Water Organization of Delijan and because of an explosion. The age of this cave is estimated to be approximately 70 million years and it is considered as one of the limestone and live caves. 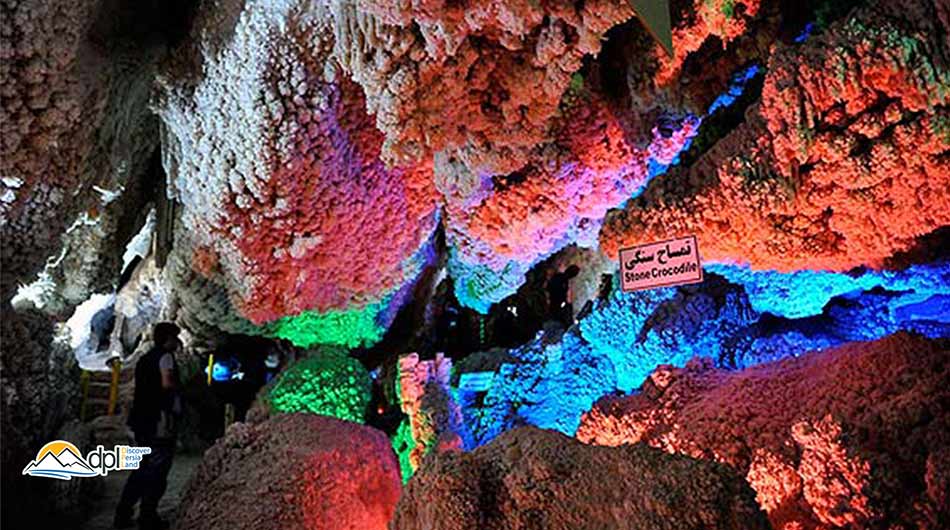 Over millions of years, the fault movement has caused the creation of corridors and some fabulous ponds in Chal-Nakhjir Cave that have made the prominent features of this cave. Moreover, Chal-Nakhjir Cave is an alive cave. It means if some part of this cave destroys, it will be restored over the years.Over 2000 meters of dry spaces have identified on the inside of this cave which these spaces have generally crystallized. Crystalline and spongy ornamentation of the floor, walls, and ceiling are the best sample in the world.

It has been formed as a result of tectonic factors and aerobic chemical reactions. Nakhjir Cave has beautiful decorative stones. The height of the cave in some places reaches over 20 meters and has deep valleys in its divergent paths .Its interior is made of crystals, dolomite sediments, stalactites and stalagmites. The reflection of light through prism of crystals and calcite stones, beside variable hangings from ceiling and spongy crystalline covering of the walls and flooring, create an exotic sight and ranks this cave to one of the most beautiful and outstanding caves of the world in attracting tourists .Parts of the cave including its internal lake have been prepared for easy tourist access. It was registered as a national monument in 2001 .Certain characteristics such as passages, lakes, pools and columns have presented a special beauty to the cave. It is said that there is a pool of water at the end of the cave with large halls alongside.

The cave is developed by Iran’s Cultural Heritage, Handicrafts, and Tourism Organization (ICHHTO). But it seems they do not have the knowledge to do this, as there were several problems lately. The incomplete development of the cave has yet to be completed by creating an artificial entrance for the cave. This would be the exit for the tour allowing through trips. The project was started on 18-JUL-2007 but it was stopped by the provincial Department of Environment, to avoid damages to the cave. It seems the constructor tried to illegally resume the project on 25-JUL-2007. Staff of the Department of Environment rushed to the cave right after they were informed about this.

The reflection of light through prism of crystals and calcite stones, beside variable hangings from ceiling and spongy crystalic covering of the walls and flooring, create an exotic sight and ranks this cave to one of the most beautiful and outstanding caves of the world in attracting tourists. Certain characteristics such as passages, lakes, pools and columns have presented a special beauty to this cave.