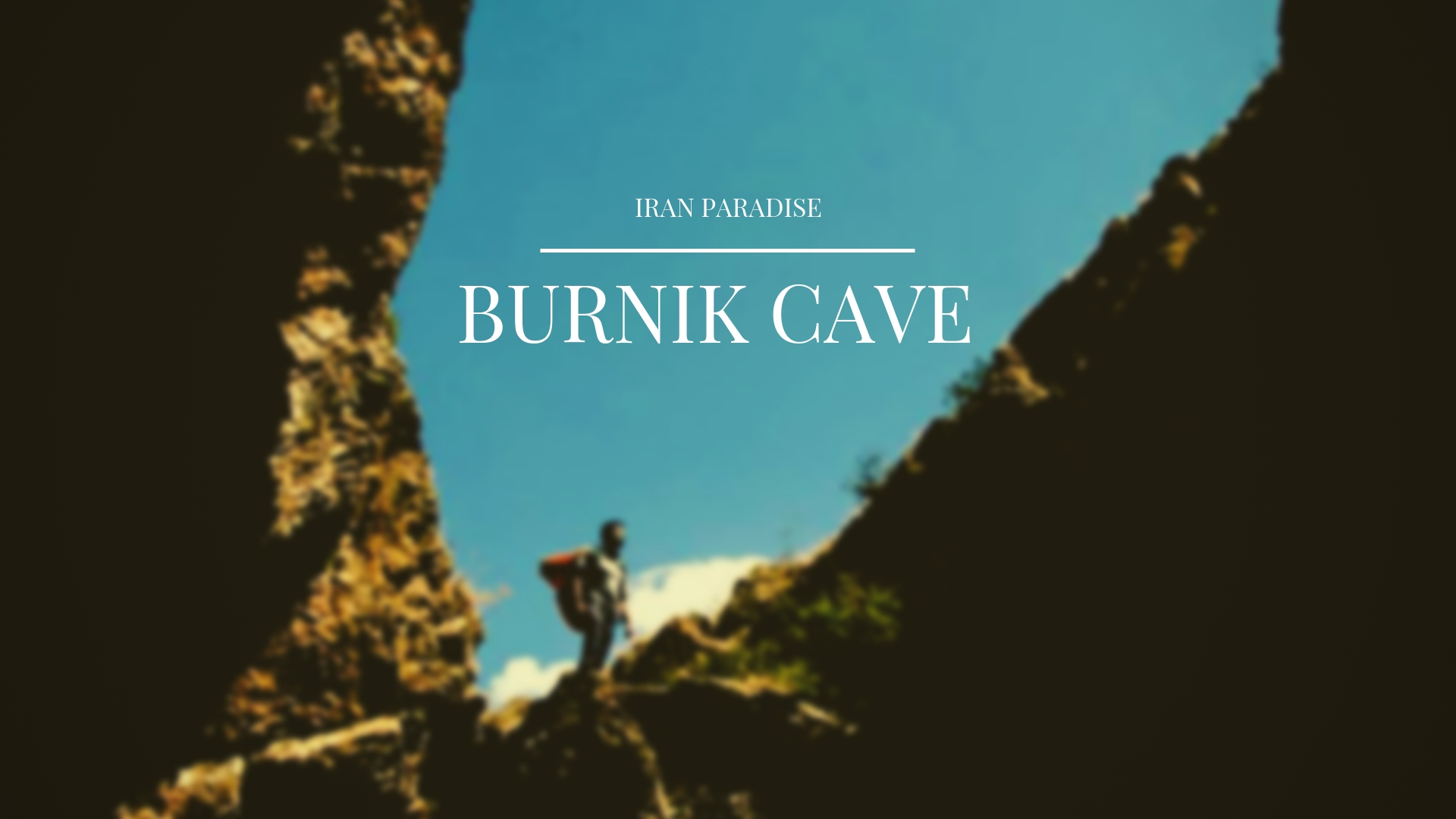 Burnik Cave is one of the different caves in Iran and the longest cave in Tehran province, which is located in a beautiful and spectacular area, giving you moments of tranquility. This cave is one of the cave habitats and has an ancient value.
After reaching the village called Harande, from the functions of Firoozkooh, we have to step on the dirt road. Before entering the cave, we have to pass through the beauty of the village and pass of the valley and the plain, which is the same name of the cave. Sometimes we continue along the mountains and cross the gardens at another moment. Somewhere in the river flow, we continue to walk along the river. In the middle of the road, there is a blue creek that, with its effect, exhausts tiredness.

In the part of the journey, we will be in a place full of shrubs that make them suitable for a season with barberry and black and red on them. After passing through the shrubs, a steep path to the top of the mountain is waiting for us to appear with the height of a beautiful landscape from the Burnik Valley. Watching the tall trees of Tabriz, the watery stream of Namrod and high mountains, we will be refreshed. The two old and stout Cedar of the cave announce our closeness to the cave, and eventually, show us the mouth of the cave at the end of a path full of godly beauties.
Burnik Cave is located at an altitude of 2000 meters above sea level and is located about 100 meters above the Burnik Plain. The 148 steps at the mouth of the cave help you to travel to the depths with less difficulty. When you start your trip to this cave, you will always encounter enclosures that have once been safe havens for cavemen and today they have kept many secrets in their hearts.

The measurements taken so far show the length of the cave is 3,473 meters, unchanged at its height. The cave is the longest cave in Tehran, the fourth longest cave in Iran.
Historical and archaeological values of the cave, along with the geological and recreational values, make it one of the most important national capital, its name was registered on September 29, 2002, with the registration number 6337 in the national list of national monuments.
The area where the cave is located in one of the lesser-known beauties of the Alborz Mountains, which every viewer enjoys watching of this spectacular landscape. In the meantime, the flow of the Namrod River flow the life and the natural effects of the area have doubled. This river is one of the main branches of Hableh-rood, and its water is covered by the vast basin of the northern slopes of GhareDagh and MashineMarg mountain slopes.
Before entering the cave, different colors of nature can be seen in the rocks of the ridge-valley that create the magnificence of creation.

By entering the cave, there will be different features that are unique to the nature of this natural attraction. The large boulders covered with a layer of clay, the sliding of the walls and the nail and chip blowers will all and all of you be astonished. Stalactites are cylindrical or cone deposits that are long For many years, candelabra is formed on the ceiling or the walls of calcareous caves, and their color is different depending on what material they are made of.
Except for these, in Burnik, your eyes will be abstracted into white flowers and pink flowers. Abstracts or stalagmites are listed below stalactites and on the floor of calcareous caverns by the addition of droplets containing a large number of dissolved minerals and depositing calcium carbonate. While their base is on the floor of the cave, they are headed toward the ceiling.
Studies on the cave indicate that the cave is located along an active fault. This issue, along with other issues such as fault extension and length of the cave, the uniformity of the layers of the cave forming along the fault, the thin layers of the classes, the existence of loose marl and clay layers, the degree of slope of the classes and the slope of the fault, A large slope of layers, severe and young faults, and severe groundbreaking, has caused Burnik to be identified as one of the high-risk perennial caves.

For this reason, enthusiasts need to experience the safety and technical issues and the presence of the support team outside the cave to the cave.
The name of this cave consists of two parts: Bur + Nik
Bur is actually the word “load” for the ease of pronunciation in this way. In the dictionary, load means beach, side, and safe place. Nik’s term also means good in the literature. The combination of the meaning of these two parts of the interpretation shows.
Due to the location of the cave in a special position that makes it suitable for life and shelter, the interpretation of the safe place is perfectly correct. The openings of the cave are hidden from the sights and are located near the river and, according to the evidence, humans used it during the cave period to live in danger and life.
The native peoples of this cave are also known as the Purnik. Pur in the local dialect means a pit, and its combination with Nik can be interpreted from a pit or a good pit or a large cellar. It is likely that people in the past attributed this caption or pit to the depth and depth of the cave.