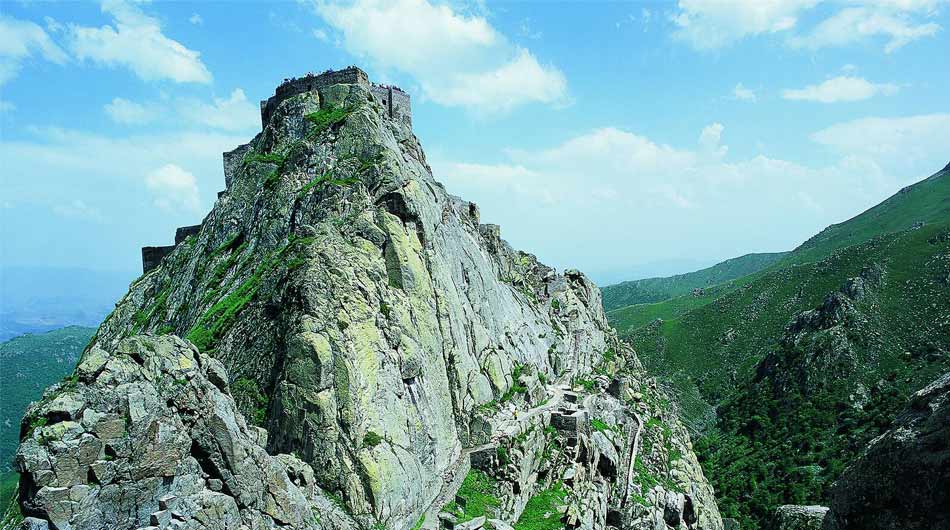 Babak is a fort located at the top of a mountain close to Kaleybar City in East Azerbaijan Province which is attributed to Babak Khorramdin, the Iranian commander who rebelled against Abbasids after Abu Moslem Khorasani. Babak Khoramdin Castle, known as the Babak Fortress located 50 kilometers north Aharcity. At west highlands of great river Gharasu an area known as the Kalibr. The Babak Khoramdin Fortress is on top of a mountain summit of about 2300 to 2700 meters above sea level.

Babak Khorramdin was a famous rebel leader from the Azerbaijan region of north-western Iran. Babak led a 23-year long campaign against the Islamic caliphate that ruled Persia in the 9th Century CE. Babak’s rebel organisation – they called themselves the Khurramites – resented the process of Islamisation that occurred in Persia following the Arab Conquest in the 8th Century CE. Babak (pronounced Bay-bek) was of Azeri Turkic roots, and he was a proud Zoroastrian. The Islamisation of Persia was a threat to his – and his follower’s – religious, cultural, and political freedoms. 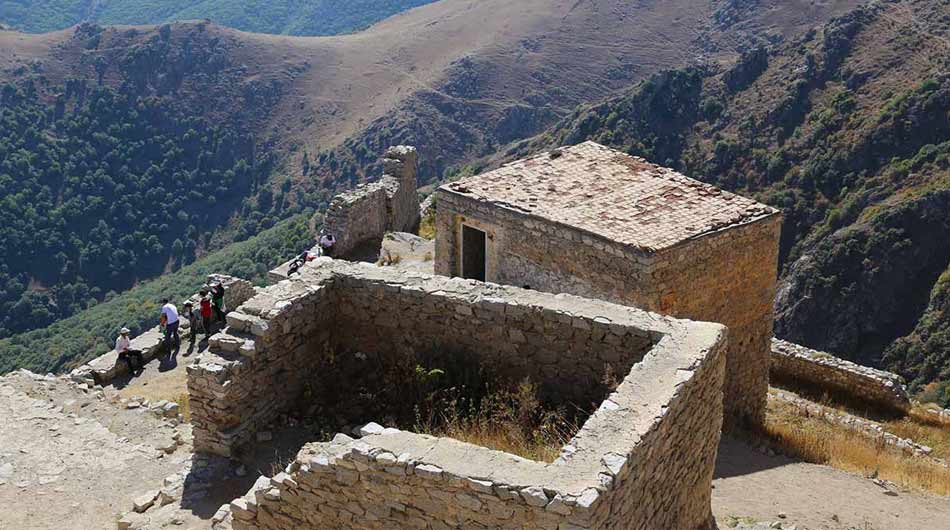 Surrounding the castle are valleys and only access to this structure is through a narrow track. It was from this castle that Babak Khorram Din and his followers fought against the Arabs for 22 years. Historical evidences show that this castle was the center of rule in the 6th and 7th century AH. of the territory. This castle has been repaired by The Cultural Heritage Organization of Iran.

This pick is placed in 2300meters height and it is related to Sassanid Period. Saeed Nafisi, the contemporary historian and writer, has mentioned to the remains of a fort located in 21parasang of Ardabil, namely Ghale Jomhour (Republic Fort). In addition, among other writers and scholars who have referred to Babak Fort, Ahmad Kasravi should be mentioned; he describes a fort named Baz in the south of Aras River, at the heart of the current Ghara Dagh and in the north of Ahar City, slightly eastward. 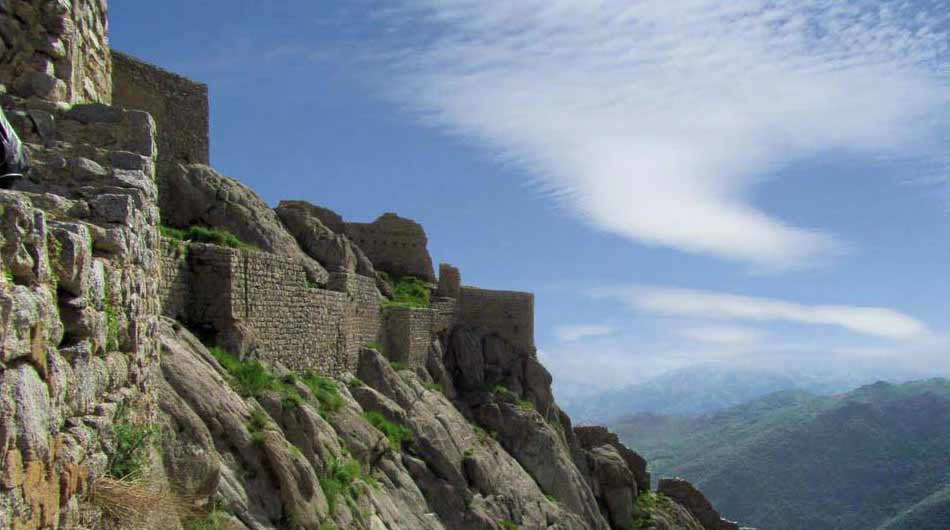 Sometime before Sassanid Period, apparently in Achaemenid Empire, a tribe named Kadusian, the habitants of the southwestern shores of Caspian Sea, lived there and they often fought with Achaemenids. According to historians, Kadus tribe is the equivalent of the current Talsh tribe. However, there is no evidence of Baz in historical documents between Sassanid period and the 8th century AD. One has to pass a difficult rout in order to reach the top of mountain and the place of the Fort. There exists a narrow passage before the entrance. Towers in two sides of the entrance is the headquarters of guards. The entrance is the only way to enter the fort because of the security issues. 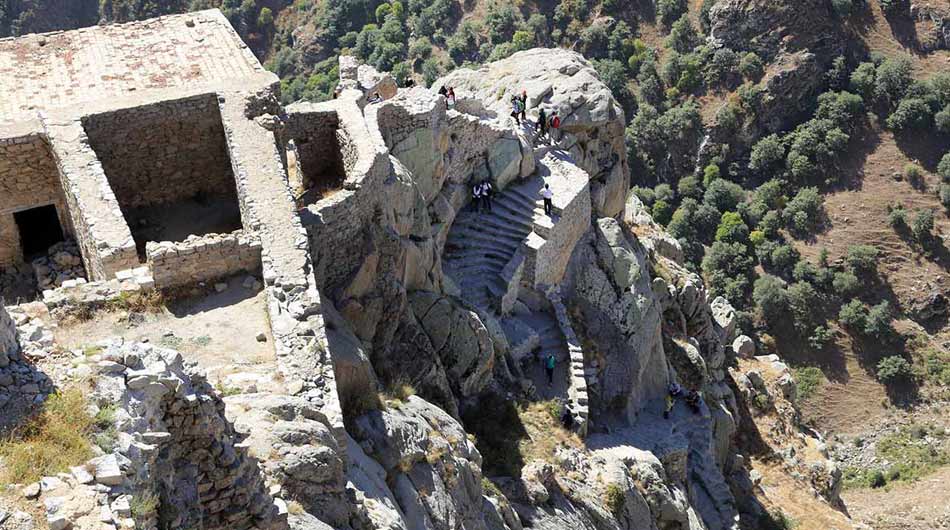 The ascent to the Castle is not for the infirm, elderly, or those afraid of heights. A series of long, and in places, broken steps lead the traveler to the top of a hill from where there are several choices for further ascent. The easiest is straight in front of the steps and consists of a long dirt track. As there are no sign posts towards the Castle, walk towards the peak on your left hand side but do not leave the dirt track. You will need hiking boots, a sun hat, plenty of water, and at least 3 hours for the climb, and 2 hours for the descent At the end of the dirt track, turn left onto the rocky mountain side, and beware of slipping. The first of sign of the ruins will appear on your left, but do not become too complacent: the actual Castle is another 2 peaks march away. The first peak has views of the Castl. After ascending a second peak, with its own ruins, you will see the Castle perched on top a jagged cliff.