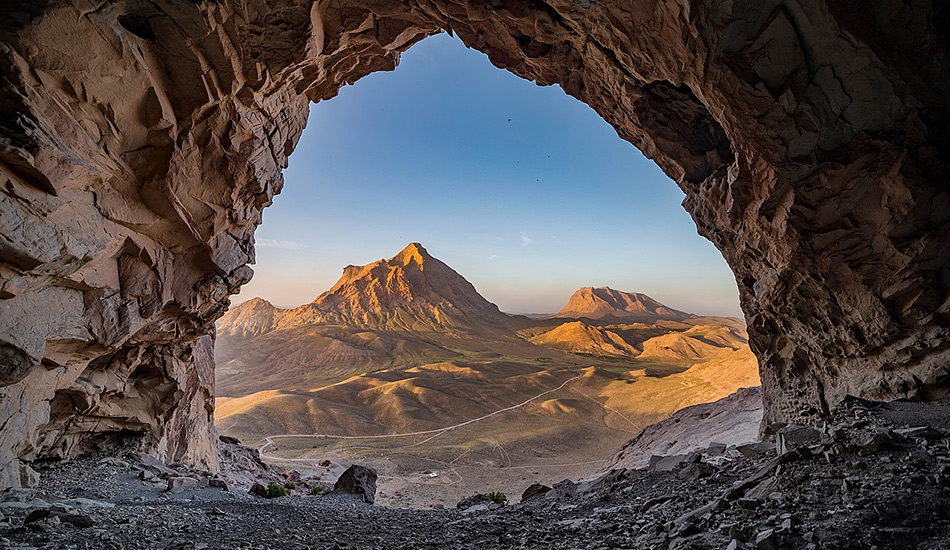 If you are looking for the grandest cave opening of Iran, you will find out that it is Ayoub cave that is attributed to Job, the prophet. Ayoub cave is located sixteen kilometers southwest of the city Dehaj, in Shahr-e Babak of Kerman Province. Ayoub Cave has formed in a mountain with the same name. In the south east of Dehaj, in the heart of high mountains, Ayoub Mountain with the height of 3200 meters is shining in this area. In the middle of this great mountain, in the height of 2876 meters, you can see Ayoub cave which is like a black eye. 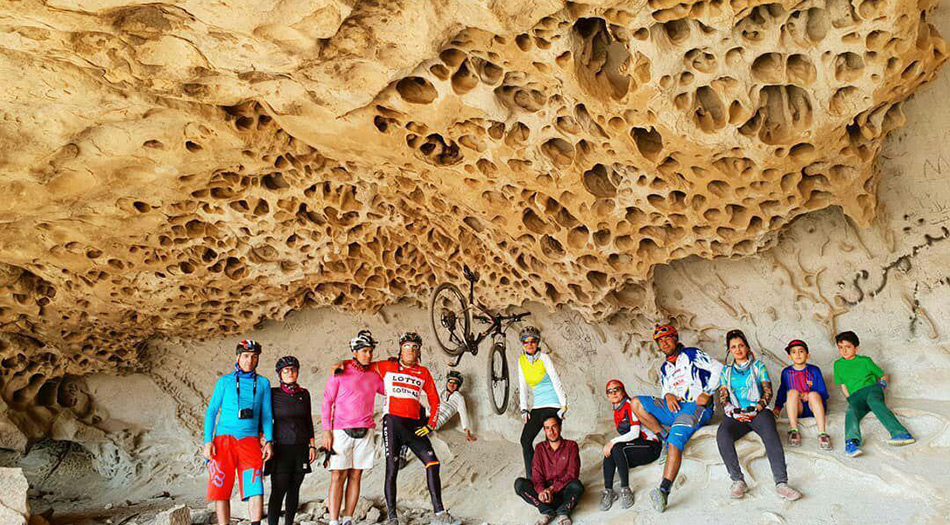 There is a water spring inside the cave that now flows to outside through the piping system. In the past, people believed that Job, the prophet, who suffered from a type of skin disease, was healed after bathing in the water from the spring. Afterwards, it was called Ayoub (Job) cave. Ayoub cave is known as a worship place because of its unique features that attracts many visitors and pilgrims to this area and it is chosen as a tourist destination in Shahr-e Babak. 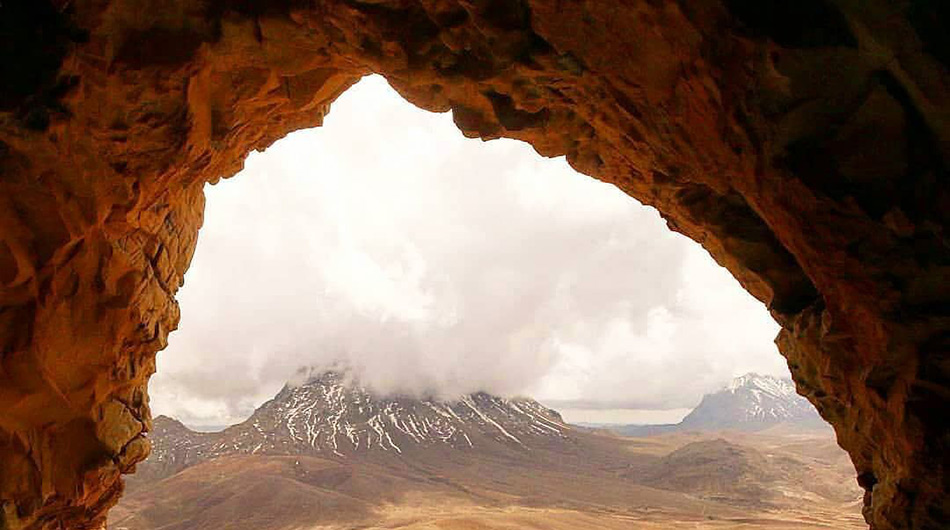 The entrance of this cave has 68 meters’ width and 98 meters’ height that can be seen from distance.  Amongst all the caves known in Iran, Ayoub cave has both the biggest opening and the tallest ceiling. This cave is listed as a national heritage of Iran. The depth of Ayoub cave is about 200 meters. There are some shapes like vespiary on the walls of this cave which are made by wind and sand. 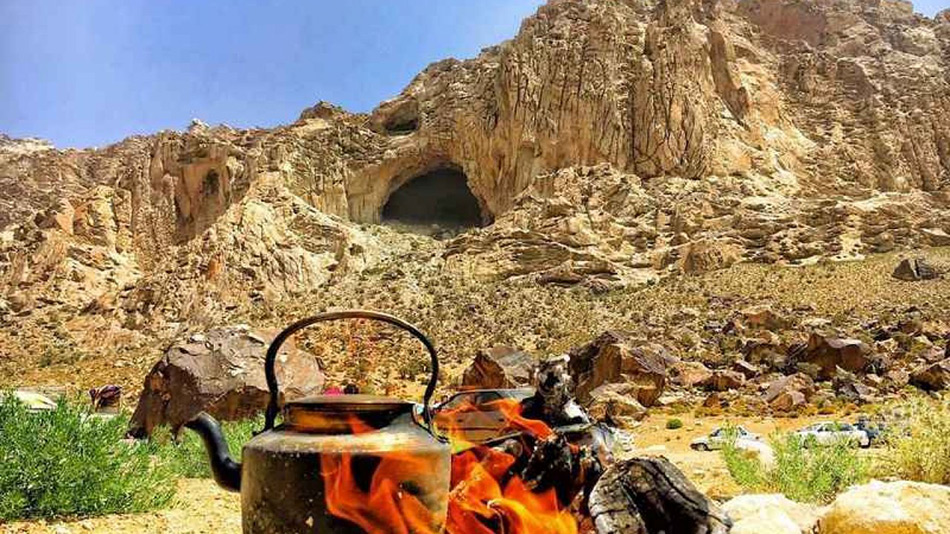 Ayoub Mountain has andesite stones and is considered a volcanic mountain. Many ages ago, during what is known as Pleistocene Age, water has clashed lava, which has led to the fracture of the stones. As time has gone by, due to erosion by water and wind and sand blowing of the dacite stones, jags and honeycomb holes have formed on the walls.

There is another small pool in this cave that has the form of a mortar, and is called Howz-e Arezou (wishing pool). It is a local belief that if a wisher throws a stone into the pool, and the stone in turn passes through the hole in the pool, his wish will be granted. There is a platform of megaliths that has provided a resting area for the cavers. They call it Manzelgah.

To get to Ayoub cave, you can take Bandar Abas to Tehran road. After Jozam junction, the road ends and you have to start hiking in order to get to Ayoub cave. Ayoub cave is one of the biggest cave in Iran which is kind of caves with huge entrance that you can find some stuff from Ashkanian dynasty in this cave.

Since it is a corrasional cave, no stalactite or stalagmites can be seen in it. But there are magnificent formations on the walls called mummies. They look like stalactites hanging from the wall. It is told that in the past they were used to heal bone diseases.

In the south west of the cave, there is a small hole called Halal and Haram. Between the pond and Halal and Haram hole, there is a place called Manzelgah which is suitable for taking rest. The locals believe that Ayoub, the messenger was living in this cave in the past. Above the Manzelgah, there is a worship place that you can see a footprint which is like a human footprint. The locals believe that this footprint belongs to Ayoub the messenger.