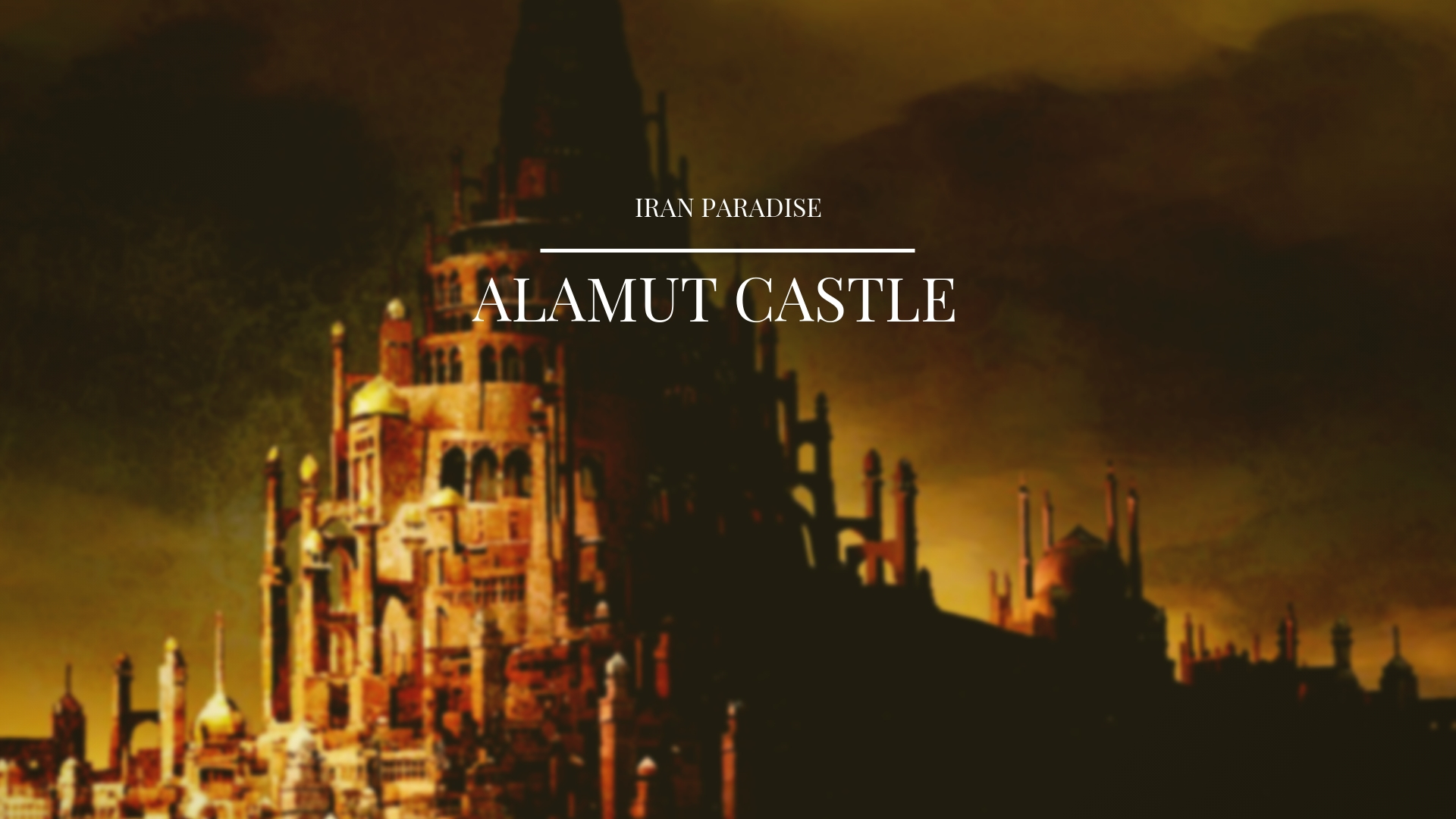 On the summit of a ragged peak in the Alborz Mountains there lies the ruins of one of history’s most fearsome secrets. Today, it towers above the sleepy village of Moallem Kalayeh in a secluded valley that has been all but forgotten by the outside world. But for centuries, the inhabitants of Alamut shaped the fate of empires and brought terror to the hearts of rulers from the British Isles to the Indian subcontinent.

The name Alamut came from an ancient Persian King, who, while on a hunting expedition in a remote valley, followed an enormous eagle and saw it land on a rock at the top of a hard to reach mountain. The King took this as a favorable omen, and, realizing the strategic value of the location, built a castle there, naming it ‘Alamut’, meaning ‘the Eagle’s Nest’.

Around two centuries later, a young man named Hassan Sabah stumbled upon this castle. Hassan was an Ismaeli Shia, an esoteric branch of Islam that was persecuted by the ruling Seljuk Empire, particularly during the time of the vehemently anti-Shia Grand Vizier Nizam al-Mulk. He spent the next two years hiding in the valley from the Vizier’s forces, converting local villagers and instructing the converts to seek employment in the castle. Once he had infiltrated almost the entire castle guard, he declared it his and took it over without spilling a drop of blood (and paid the former landlord as he was kicked out). 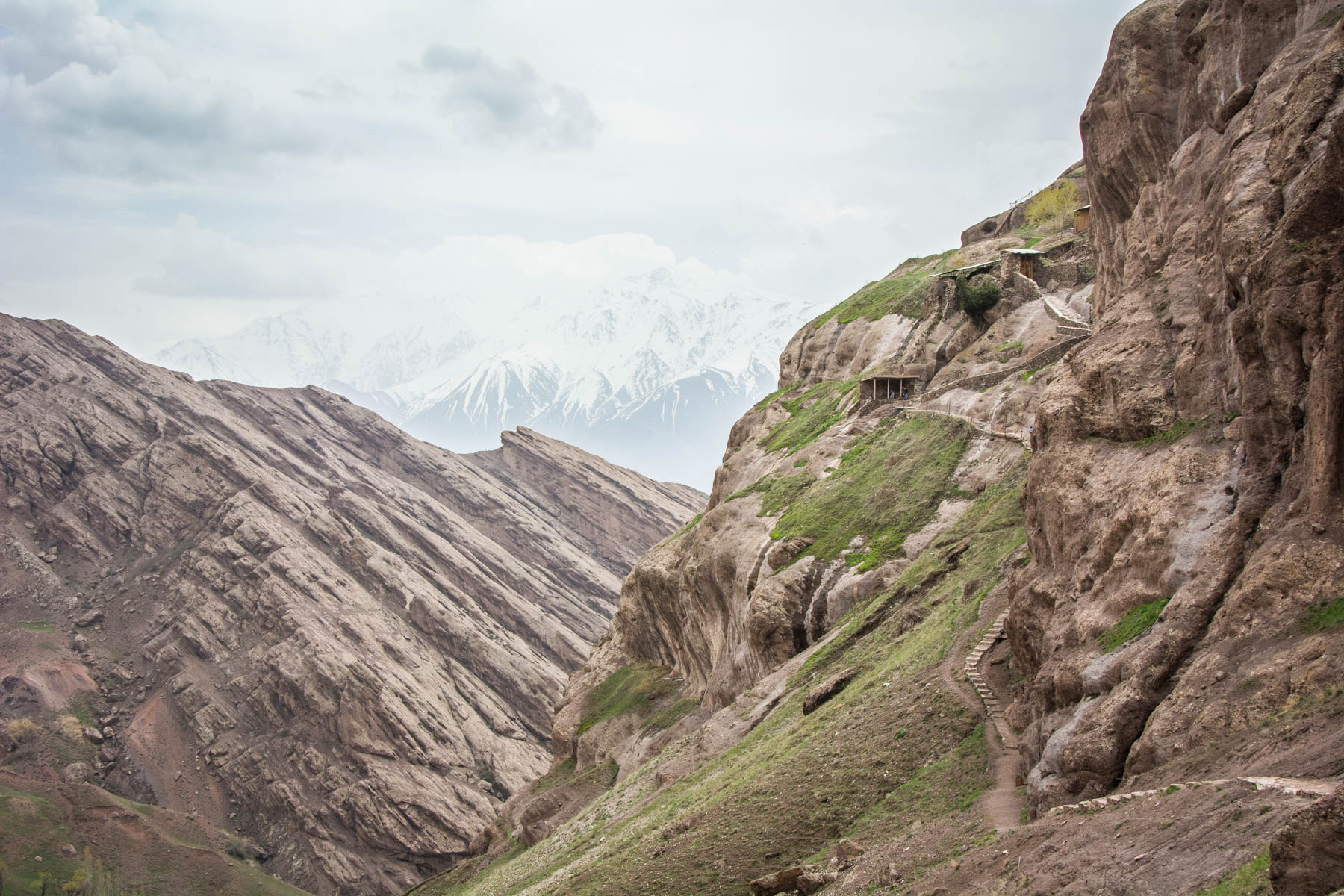 By conquering the castle, Hassan declared open rebellion against the Seljuks. He then built more defenses for the castle and improved irrigation, so it could be self-sufficient in food production. A giant library and center of learning of mathematics, philosophy, astronomy, and alchemy was built inside. Within a few years, dozens of similar castles had been built in remote regions in Northern Iran, creating an independent state.

In October 1092 a pivotal event happened that brought Alamut into the spotlight of history. Faced with an overwhelming superior Seljuk army, Hassan sent one of his followers, a fidaaei, disguised as a traveling Dervish to the city of Nahavand, where the Grand Vizier Nizam al Mulk’s convey was resting, on its journey from Isfahan to Baghdad. The fidaaei stabbed Nizam while he was on his litter, killing him and driving the Seljuk state into chaos.

Hassan’s followers, who spread throughout Iran and the Levant became known as the ‘Hashshashin’, or ‘Assassins’ in the West. For centuries, they fought far stronger enemies, assassinating Viziers, Caliphs, Crusaders, and others in far off lands. Sir Conrad of Montferrat, Crusader King of Jerusalem was put to death by an Assassin blade. King Edward I of England and the legendary Sultan Saladin only narrowly escaped Assassin attackers. 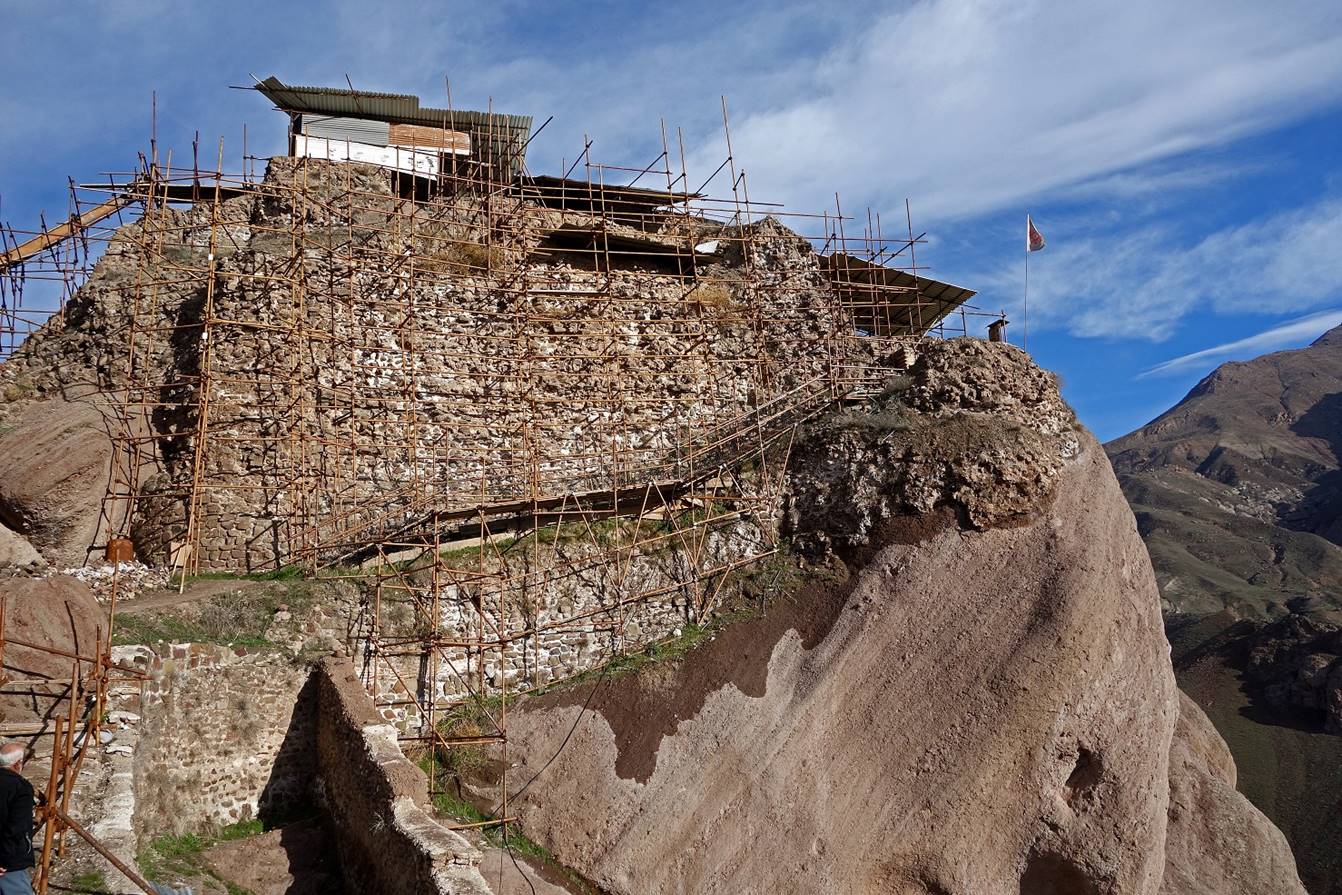 The story of the Assassins was brought to prominence in the West by Marco Polo, who told stories of an “Old Man of the Mountain” who promised his drug crazed followers a place in heaven if they died following his orders. He would give warriors a powerful potion and then take them to a secret garden chamber where there were rivers of wine and honey, palm trees, and enchanting Huris, telling them this was the promised paradise and they could attain it forever if they followed his every command. Historians believe this was a gross exaggeration, but the stories have stuck in popular culture, most notably inspiring The Assassins Creed franchise and Prince of Persia movie.

Alamut was put under siege and conquered by the Mongols in the mid-13th century. Its library was burned and the inhabitants that were not slaughtered fled forever. Subsequent kings critically destroyed the castle even further while aggressively searching for lost Assassin treasure.

The nearest large city to Alamut is Qazvin, which is a 2–3 hour drive North of Tehran. The village of Moallem Kalayeh is an additional 1.5 hours away from Qazvin. Moallem Kalayeh is famous for its cherry orchids and traditional pottery, and can be a fun place to stay a few hours, or even sleep overnight in. 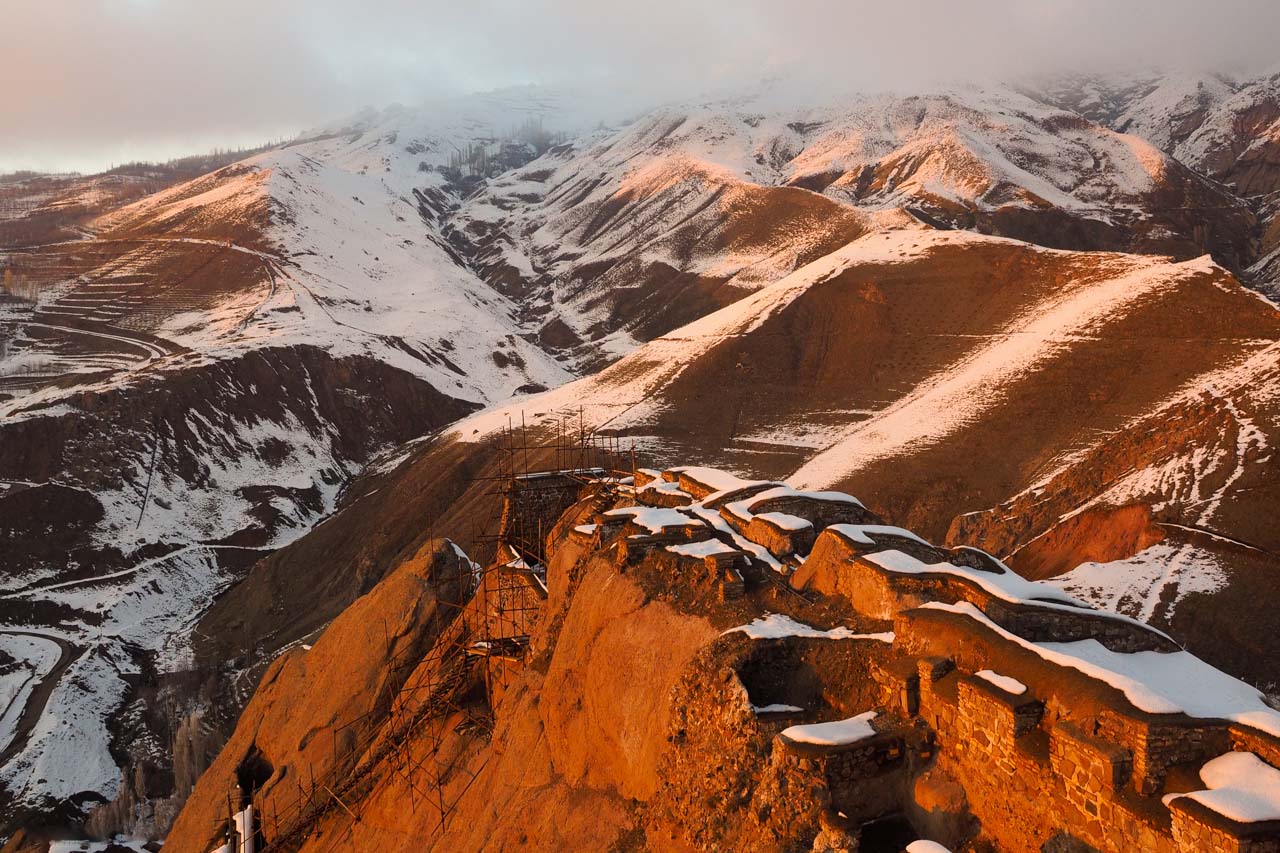 The hike up to Alamut castle is moderate, so good, comfortable hiking shoes are a necessity. The primary part consists of a few hundred fairly steep stairs, which can easily take 1–2 hours at a moderate pace. Locals sometimes allow horse rides halfway up for a small fee. The trail may be closed off in the winter during heavy snow, but is always accessible in the spring and summer.

One of the best descriptions of the hike to the castle and the surrounding areas can be found in Freya Stark’s famous novel The Valleys of the Assassins: and Other Persian Travels. While the book was written almost a century ago, little has changed in the actual site since then other than some renovations of the castle itself. 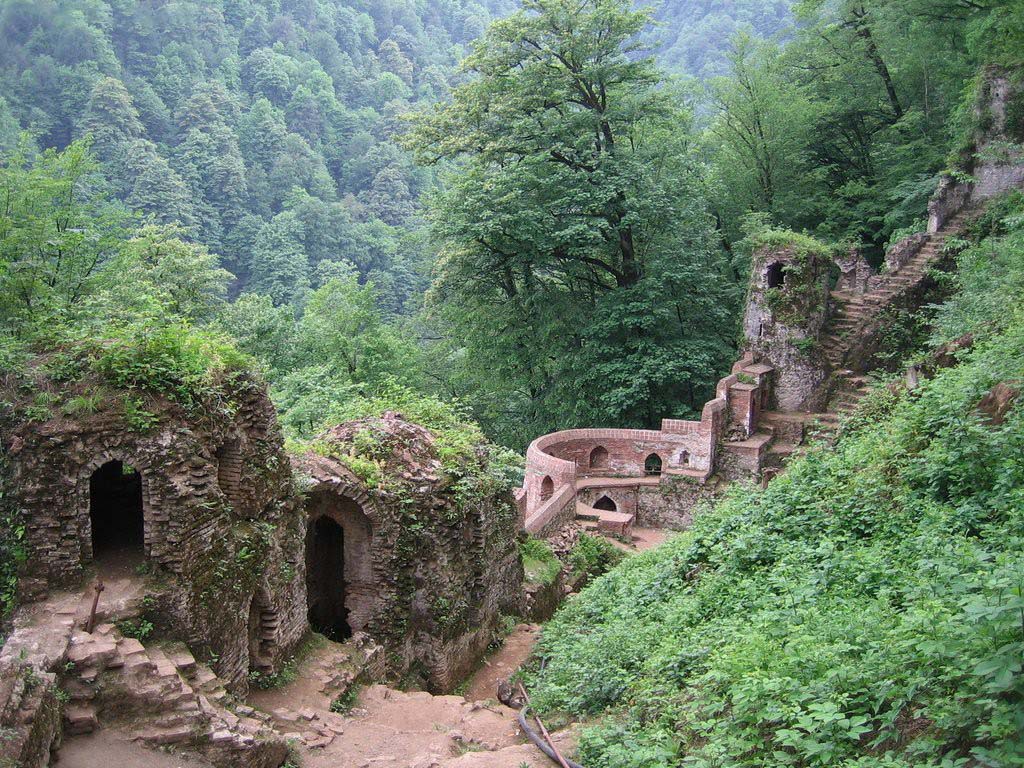 One of the largest and most fortified Assassin castles is Lambsar Castle, located about an hour an a half east of Alamut. Most tour groups visit both Alamut and Lambsar. Taxi’s are almost always available to travel from one to the other. The road between the two can be quite pleasant, particularly during the spring with beautiful mountain scenery.

Lambsar castle is surrounded by very deep valleys on the East and West sides, making it accessible only from steep, narrow paths from the North and the South. It was under Seljuk siege for 8 continuous years, but stayed firmly in Assassin hands. It was also the last Assassin castle in the region to fall to the Mongols, and held out for more than a year after Alamut was taken. In the end what led to its fall was a cholera outbreak that killed the majority of the soldiers defending it. The survivors surrendered to the Mongols in 1257, only to be beheaded on the spot and buried under the ruins of the castle.

While Alamut and Lambsar are largely ruins, a few Assassin castles still remain largely intact. The most famous of these is Rudkhan Castle, which lies in the middle of a dense forest on the top of a mountain in Gilan. Rudkhan takes about 6 hours to drive to from Alamut (it is an hour drive from the city of Rasht). 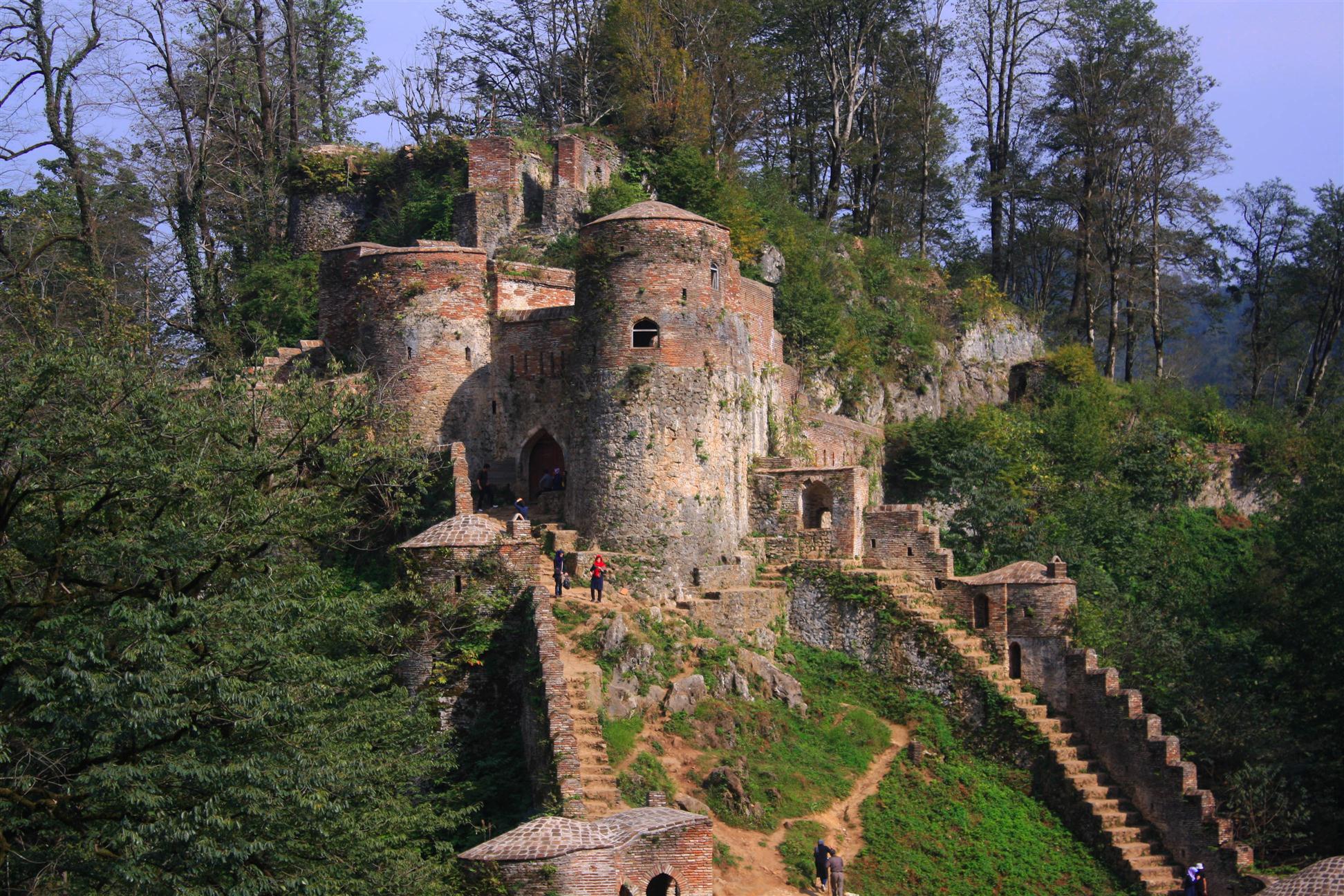 Rudkhan has dozens of distinctive towers spaced equally along its perimeter. Its unique architecture looks almost European from the outside, but with distinctly Iranian touches inside, particularly in the irrigation systems. Like Alamut, there is a long stairway to get to the main castle, which can easily take an hour to hike up.

The grounds of the castle cover 6.4 acres, and include a prison, quarters for royalty, water storage containers, and even a spring in the center of the castle. The walls deliberately included cracks in them in order to monitor enemy troops and shoot them with arrows.

Northern Iran is filled with all sorts of historical and natural beauty attractions. A reasonable itinerary would be to spend one or two days exploring Qazvin, Alamut, and Lambsar, and another day at Rasht and Rudkhan. 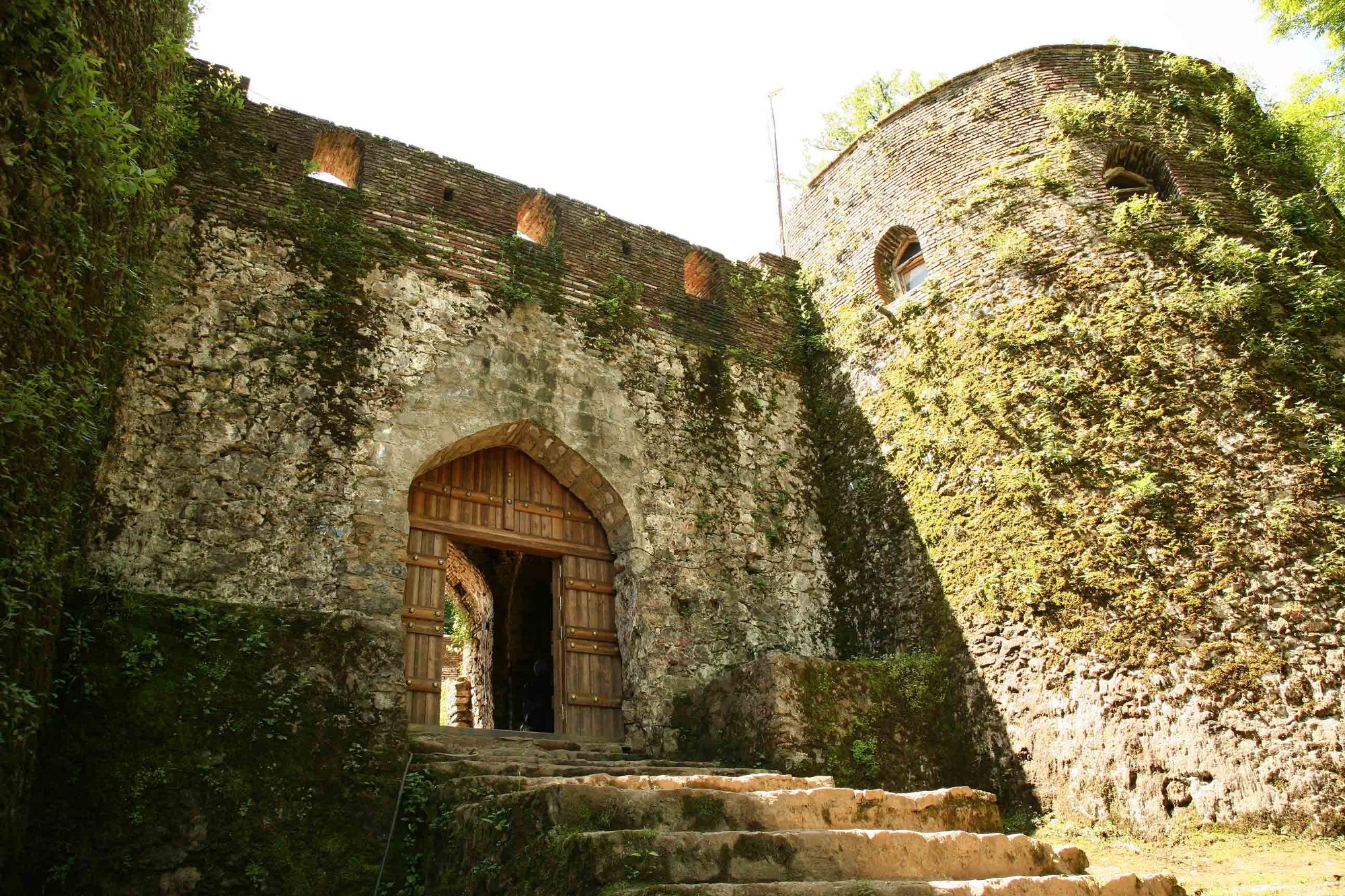