Amir Chakhmaq is one of the most significant historical complexes in Yazd which is located in the middle of the old architectural context and it is one of the important strategic zones of Yazd. This valuable complex which is the point of main streets includes Mosque, Tekye (a place to hold the religious mourning), Sati Fatemeh mausoleum, Haji Ghanbar bazaar, Sati Fatemeh cistern, Palm and cistern of Amir Chakhmaq. 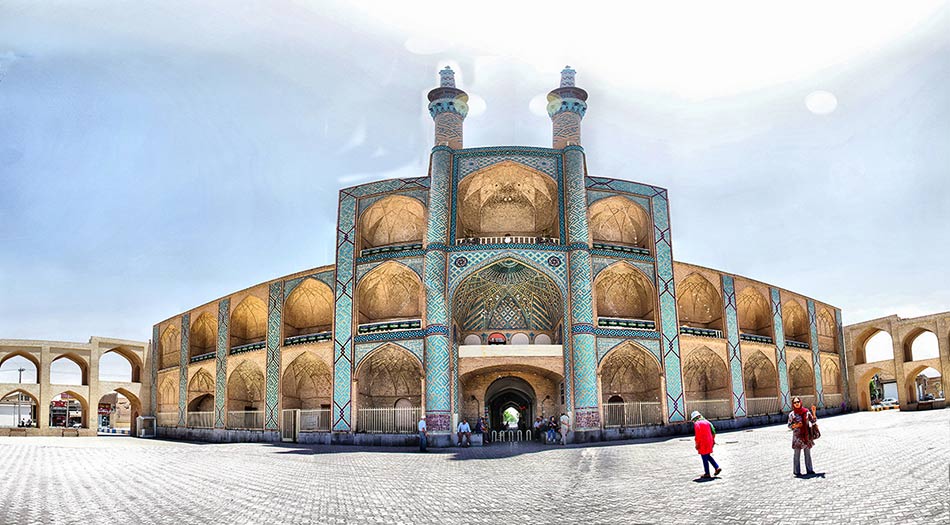 Amir Chakhmaq Square was constructed in Timurid era by Amir Jalal Addin Chakhmaq. He was a Timurid ruler of Yazd and completing the project was not possible without his wife’s – Seti Fatemeh Khatoon – help and advice. The square and the mosque were then called Amir Chakhmaq Square and Amir Chakhmaq Mosque by the people respectively. Different parts were added to the complex after him during various eras, however, they all were too trivial in comparison with the original version. Moreover, renovations and reconstructions were made within different periods as well. 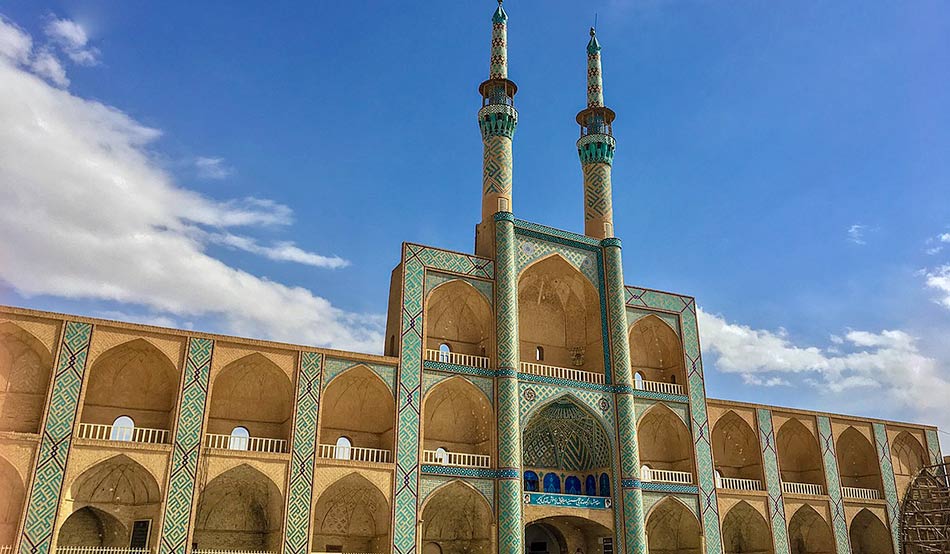 The square was known by the same name in the Safavid era. Some parts of this building including Chahar Suq, which built over the Inn, rebuilt at the time of Shah Abbas. The square in front of the mosque has transformed into Tekye in the early of 13th century AD. However, it is obvious that this place was not used as a religious place, because such places was built there after the Safavid era. Before Pahlavi Dynasty could take the thrown, Amir Chakhmaq Square, like some other squares, were transformed into cemetery and people used to bury their dead loved ones there. Later on, after Pahlavi Dynasty came into the thrown, burying dead bodies in this square was banned and all the graves were destructed. Fortunately, Amir Chakhmaq Square then got its glory back. Today, Amir Chakhmaq Square is still shining in Yazd and attracts many tourists each year. 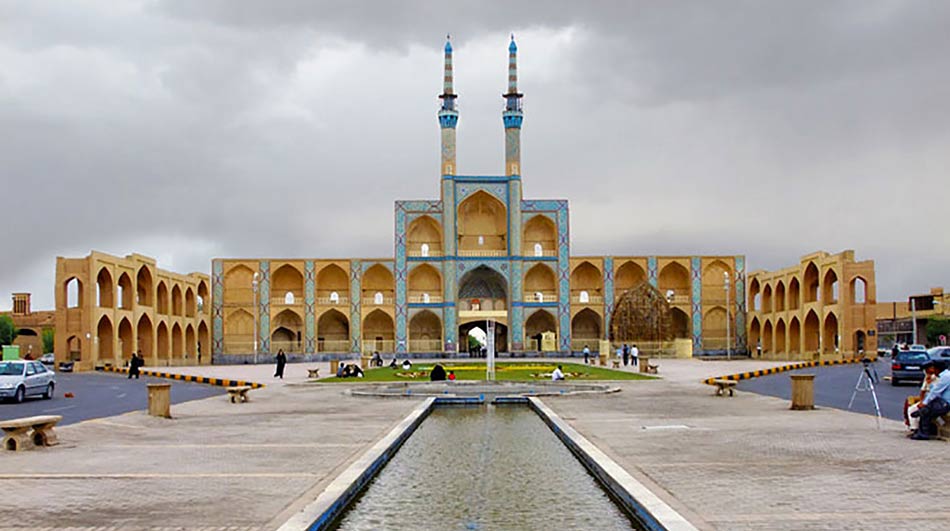 The prominent structure has a three-store elaborate facade of symmetrical sunken arched alcoves. Also it is one of the largest hussainia in Iran. In the center are two very tall minarets. The spiral staircase in one of the two minarets is said to create a feeling of claustrophobia, while it provides views of Yazd. At night, the building is lit up with orange lighting in the alcoves which makes it a spectacle. The complex also contains a caravanserai, a tekyeh, a bathhouse, a cold water well, and a confectionery.

Tekyeh is a space full of rooms that are used for religious rituals or watching important events. It is highly probable that some of these rooms were designated for the ruler of the city or the governmental seniors, and some others were specialized for women. The minarets of this structure were used for saying Azan, the Islamic call for saying prayers. Amir Chakhmaq Mosque Also known as New Jame Mosque or Dohouk Mosque, Amir Chakhmaq Mosque is the oldest structure in the square. It is considered to be the second biggest, most beautiful, and most significant mosque after Jame Mosque of Yazd. During Qajar era, the urban context was developed and expanded and so the mosque was no longer in the suburban area. Its exact location is the southern part of the square.

The interior design looks just as eye-catching as the exterior. Many Persian and Islamic details all over the place have made it a majestic representation of Iranian art. The details include various text carvings, brick art, mosaic inscriptions, fretwork, tiling, arabesque pattern combinations, muqarnas structures, marble designs, and Quran carvings on inscriptions.