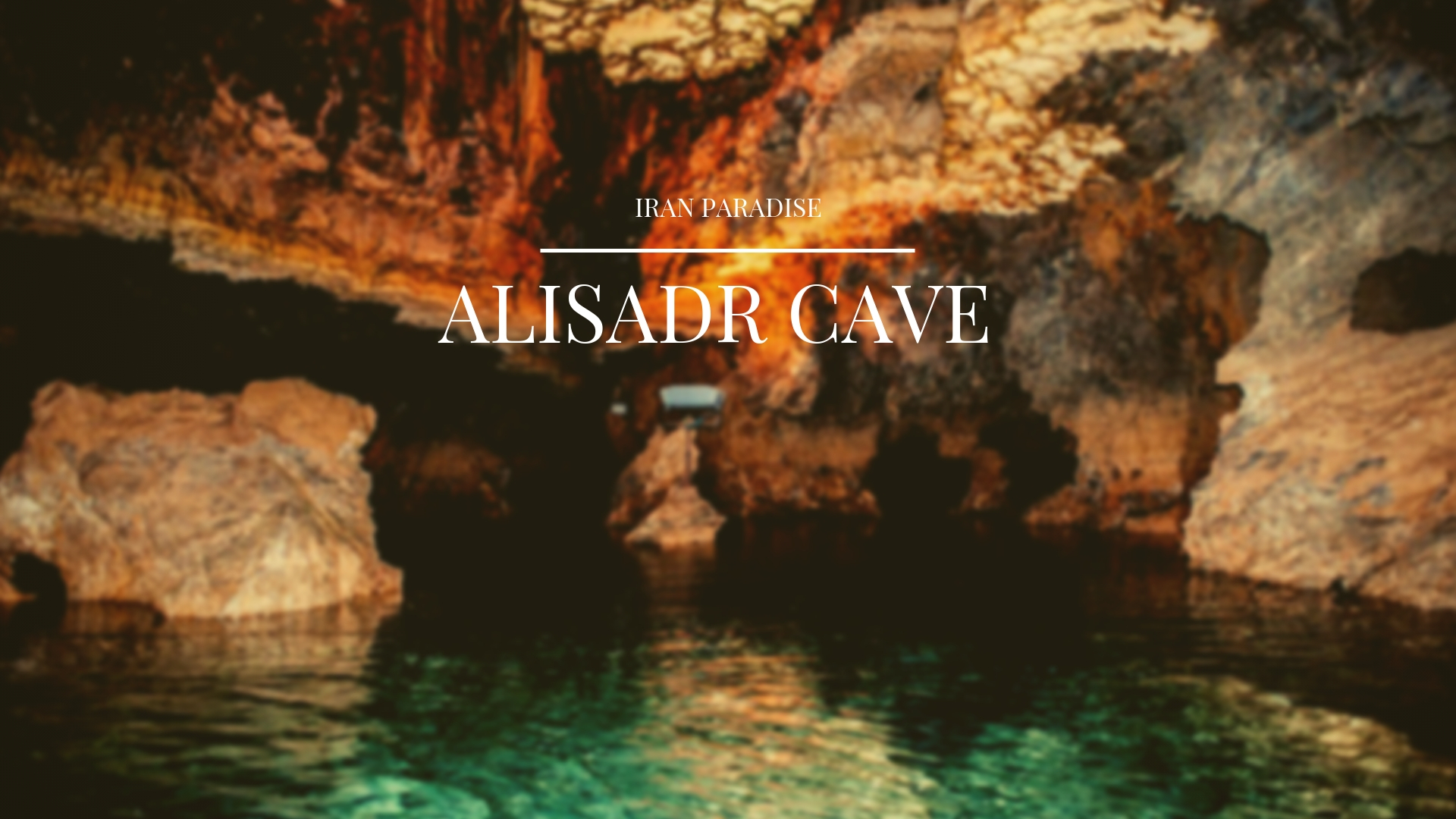 Alisadr Cave: Among the various forms of nature, caves are one of the most amazing, mysterious and attractive natural manifestations, attracting many to discover mysteries and crypts within them. The corners of our homeland, Iran, also have a variety of caves, each of which in a way of intelligence from their visitors. Today, however, we want to go on a trip to the most famous cave in Iran; we will become more familiar with its features and experience different cycles in this unique attraction.

As you all know, we have to travel to Hamedan province to reach the al-Asadr Cave. Alisadr Cave is located 75 km northwest of Hamedan, in the city of Kaboodarahg and near the village of Alisadr, and is located in the heart of Sari Qiyeh or Yellow Rock. The height of the cave reaches 2180 m above sea level; however, since not all the angles and corners of this cave have yet been discovered, no one knows exactly the length and depth of it. Until now, excavations to the extent that some underground caverns are up to 40 meters long, and the depth of the cave lag between half and 14 meters. Alisadr’s goose is composed of corridors, corridors, and hallways, and the large lake in the middle of it connects a large part of the cave, therefore, it is necessary to use a boat to reach its various parts; the issue that Alisadr Making it the world’s largest canoeing cave. Some researchers also said the cave is linked to the Kataleh Khor Cave in Zanjan. 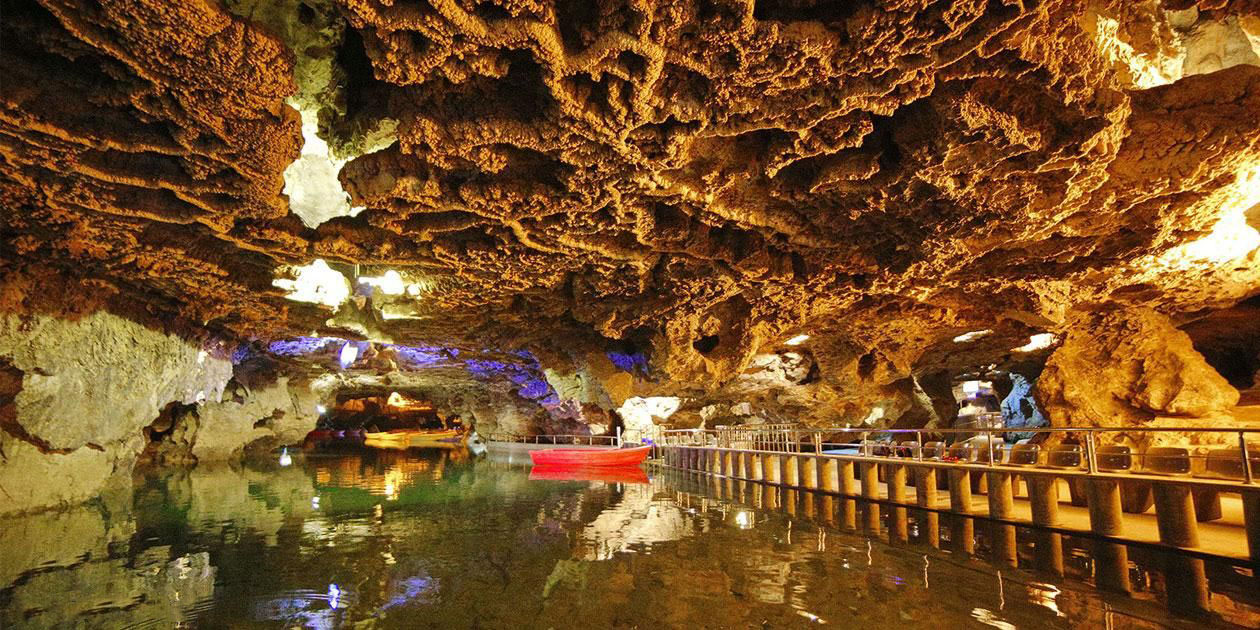 This phenomenal natural phenomenon was listed on the National Heritage List on January 15, 2008, as the 23rd National Natural Heritage. Alisadr Cave has routes suitable for use by wheelchair users. But it should be noted that the presence of the disabled in the cave is close to the berth and there is no possibility of sailing and walking in other parts of the cave. Among the various forms of nature, caves are one of the most amazing, mysterious and attractive natural manifestations, attracting many to discover mysteries and crypts within them. The corners of our homeland, Iran, also have a variety of caves, each of which in a way of intelligence from their visitors. Today, however, we want to go on a trip to the most famous cave in Iran; we will become more familiar with its features and experience different cycles in this unique attraction. 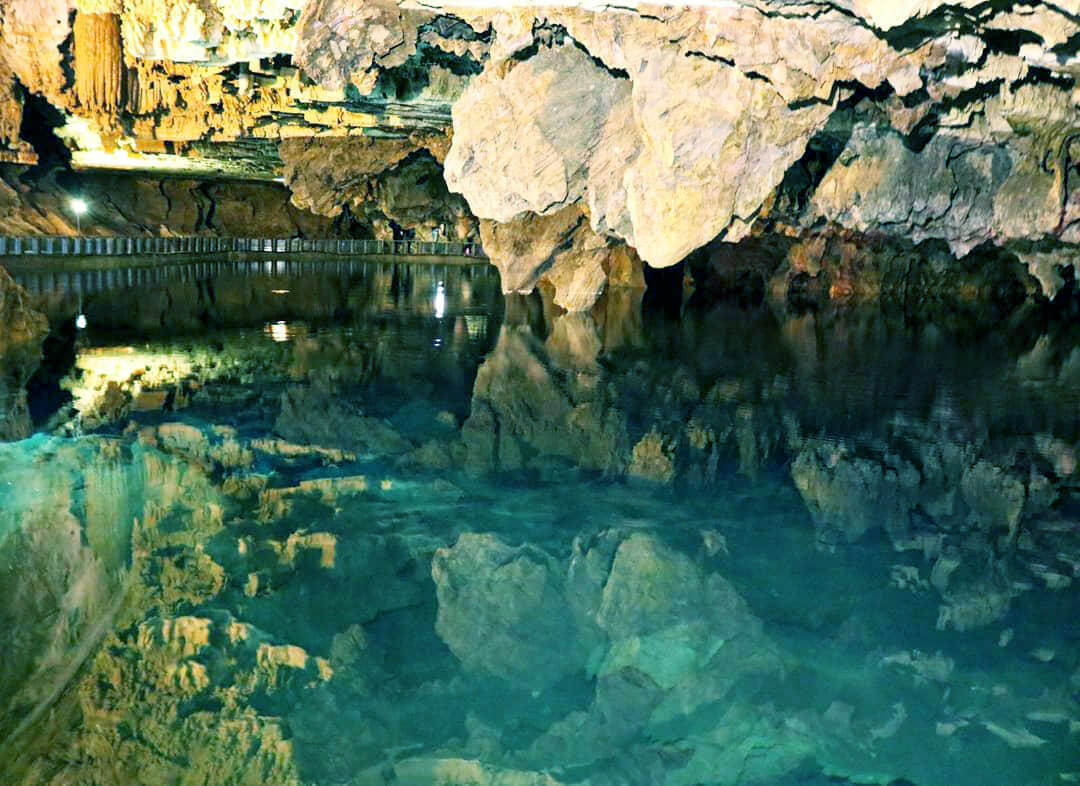 The most attractive part of the Alisadr Cave in the vast water lagoon is the possibility of sailing and penetrating into the inner parts of the cave. A wide range of water that you can use to explore different parts of the cave and discover the different, unknown and unknown species and shapes. The water passage, which is rarely seen in other caves in Iran and the world, is rare in just a few caves in the world, such as Meyrueis Cave in France, Buchan Caves in Australia. There is a beautiful collection like the one in Ali-Sadr Cave.

The water of Alisadr Cave is colorless and dull, and the source of those underground springs is the constant loss of water from the walls and the ceiling of the cave. The tasting is typical and there is no animal life in it. The water is clear to the depths of 10 meters easily and without armed eyes; the reason for its clarity is the flow of water inside the cave, which also keeps the interior of Alisadr wet and refreshing. And it will keep it clear. The temperature of the water is constant throughout the year and is around 12 ° C, and due to the abundance of inert calcareous calcium. 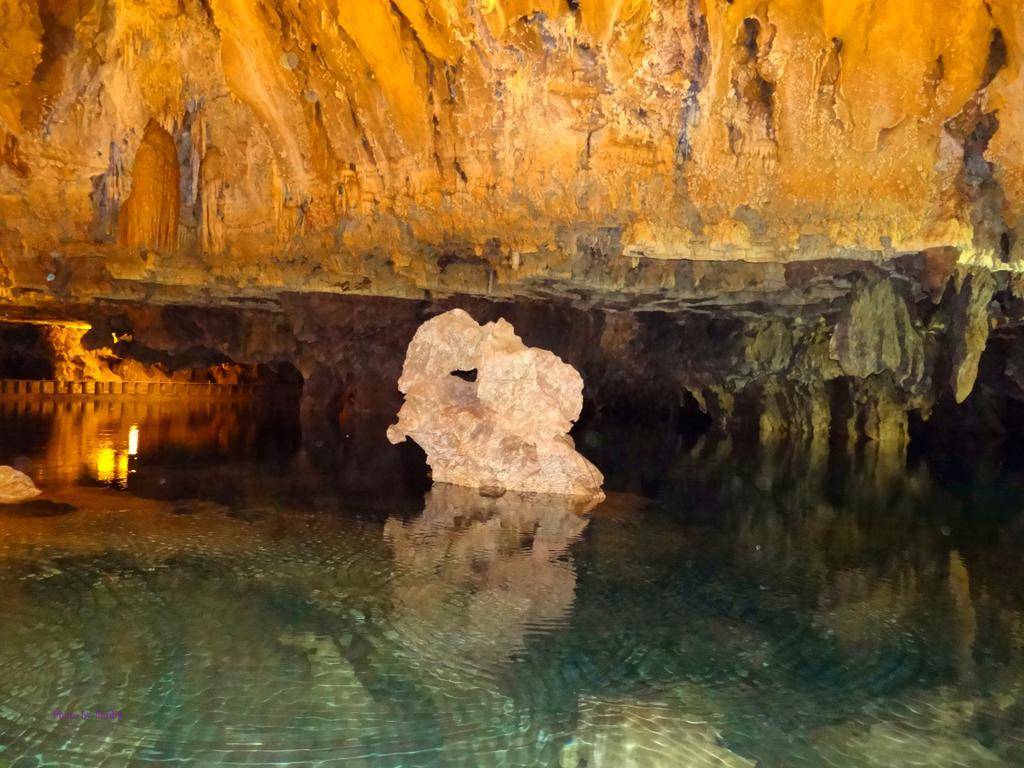 The ceiling of the cave in some parts reaches a height of 10 meters from the surface of the water and in some places with pure calcium carbonate and in some parts covered with other elements. Sediments that have come in many forms over millions of years and form stalactites (fractures) and stalagmites (abstract) that attract the attention of every visitor and tourism in the corners of the cave.

The inland view of the cave, despite these abstracts and blunders, is very spectacular, and in every part of it is possible to see the miracle of nature and power of the creator. The inland air of the cave is one of the other advantages and qualities of the cave: a very clean and gentle air, with no pollution and microbial dust, it is cool in the summer and warm in the winter. Although the cave’s intrinsic temperature is still constant at 14 ° C, it forces you to carry warm clothing in the summer, in the summer. Along with these interesting facts, it’s good to know that the air inside the cave is very light and has an absolute state of quiescence; therefore, if you open a candle in the cave, you will not see any movement in its flame. 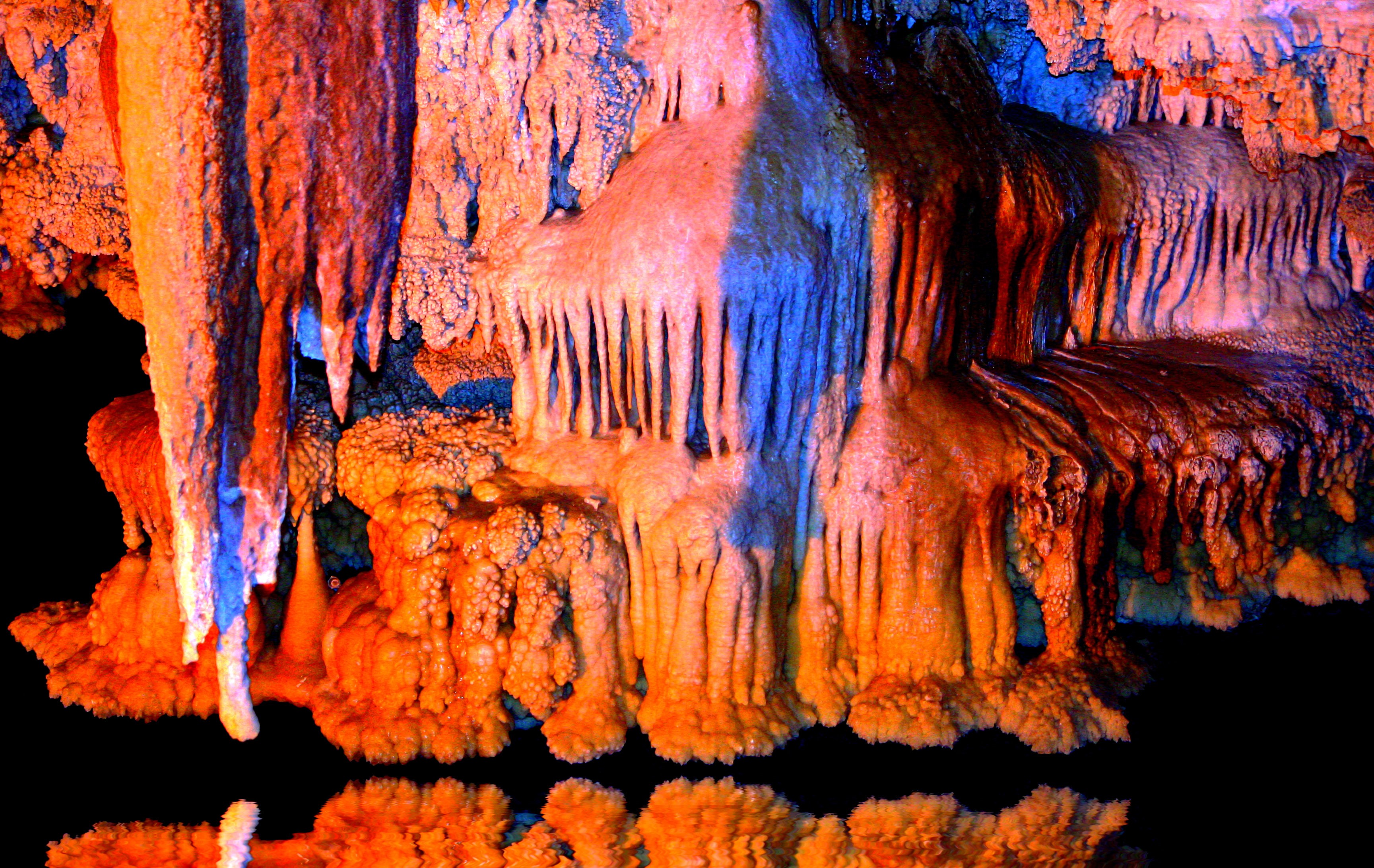 Alisadr Cave is 190 million years old and is among the living caves. As the geology explains, the cave is alive and changing as long as the sound of water drops in the cave is heard, and as long as the cracks in the cave wall are covered with lime layers, these changes do not last for a short period of time. Alisadar’s age is a natural phenomenon, and no human has been involved in making it. The main entrance of the cave is 110 meters below the ground rock.

The cave was used as a haven in the past years by the assailants and thieves, as well as the water supply for drinking and farming. In the category of caves, Alisadr is located among the caves of the lake, which is created inside the earth’s crust. Different salts such as iron, magnesium, zinc, lead, copper … under the skin of the earth give the water different colors of yellow, red, purple, brown, green and blue. These colors combine with abbreviations and thumbnails and give it beautiful colors. 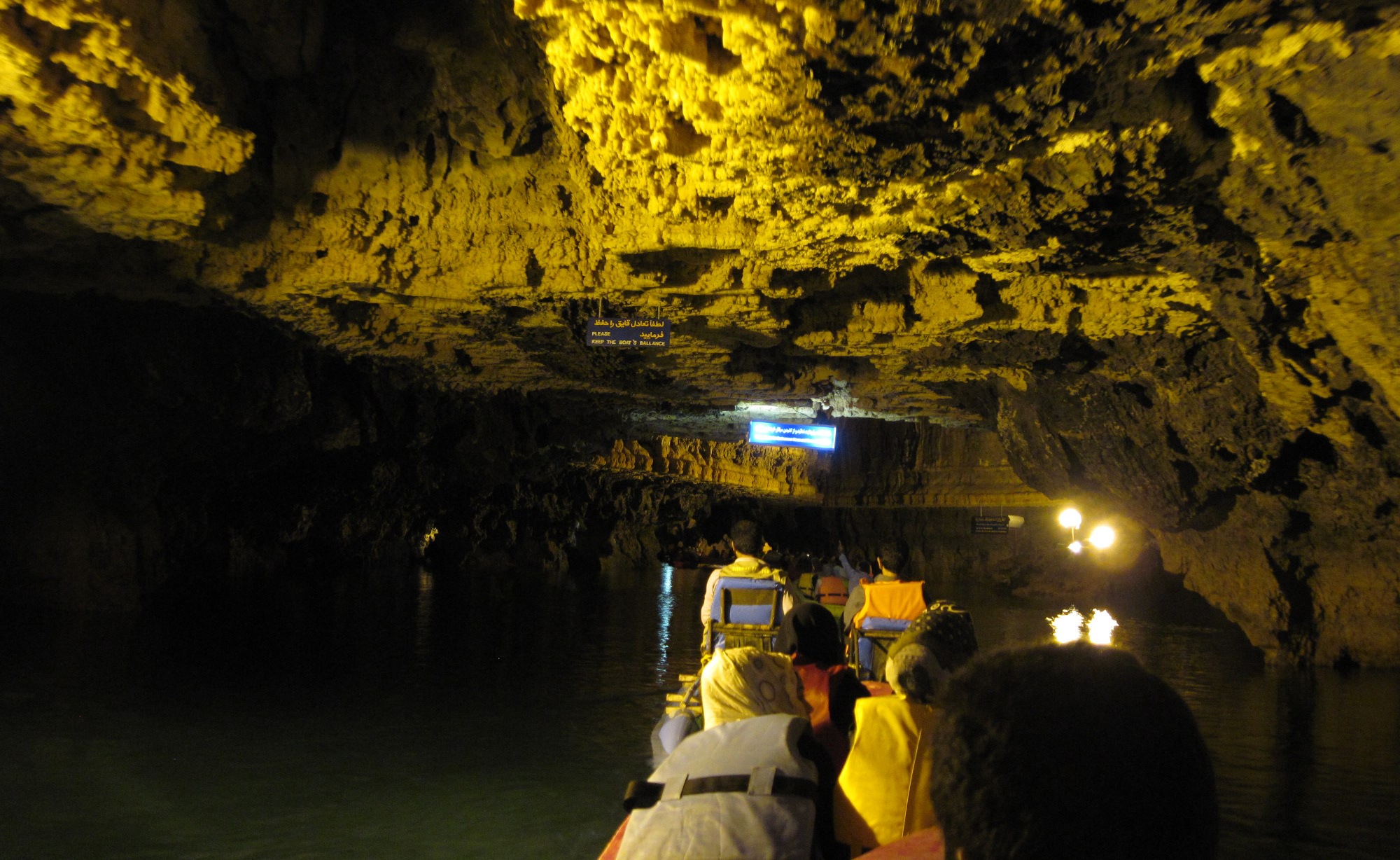 The water level inside the cave is much higher than the outer points of the cave. Alisadr Cave has many cellular vents and is constantly breathing. For this reason, thousands of tourists visiting the cave do not pollute the air. In general, about 440 kilometers are mapped from various caves and tourists are visiting a 2-km-long waterway.