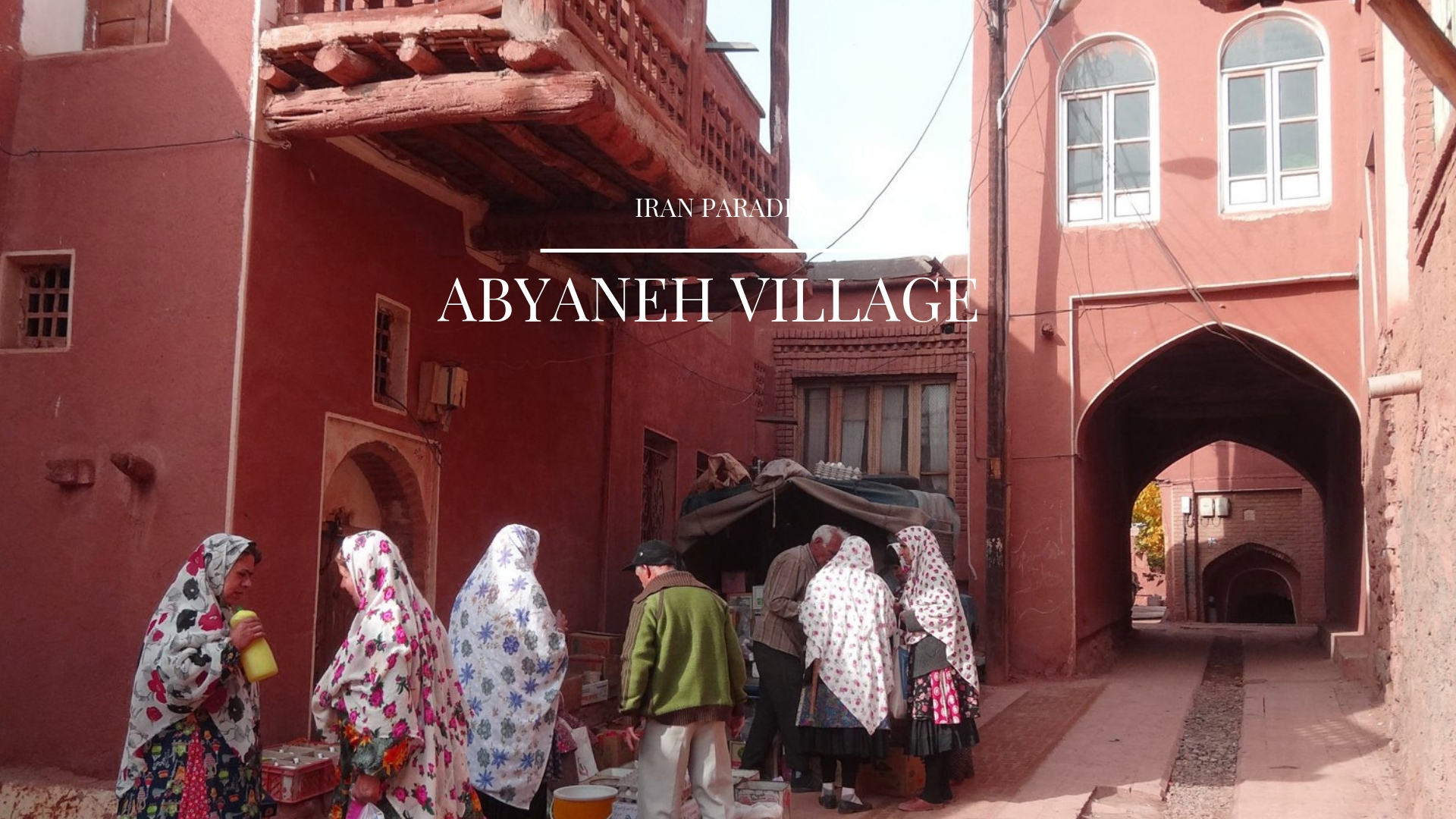 40 kilometers northwest of Natanz town in Isfahan province on the mountain range slopes of mountain range lies a scenic and ancient village which is called Abyaneh. Due to its local architecture and various historical monuments, Abyaneh is one of the famous villages of Iran. The village is about 1500 years old and, it is one of the oldest human settlements in the margin of Iran’s dessert. Considering the age of the village, Abyaneh features many ancient monuments belonging to different historical periods.
The existence of several historical monuments as well as some ancient traditions among the people of Abyaneh led to the registration of this village in Iran’s National Heritage on August 21, 1975 under the registration number of 1089.

The Village is compact, with narrow and sloped lanes, and houses located on the slope as if placed on a stairway. The houses bear an ancient architectural style, featured by the use of clay as the construction material and latticed windows and wooden doors. Similar to Masouleh. The roofs of some houses are used to serve as the courtyard for other houses higher up on the slope. With a unique reddish hue, the Village is one of the oldest in Iran, attracting numerous native and foreign tourists year-round, especially during traditional feasts and ceremonies. 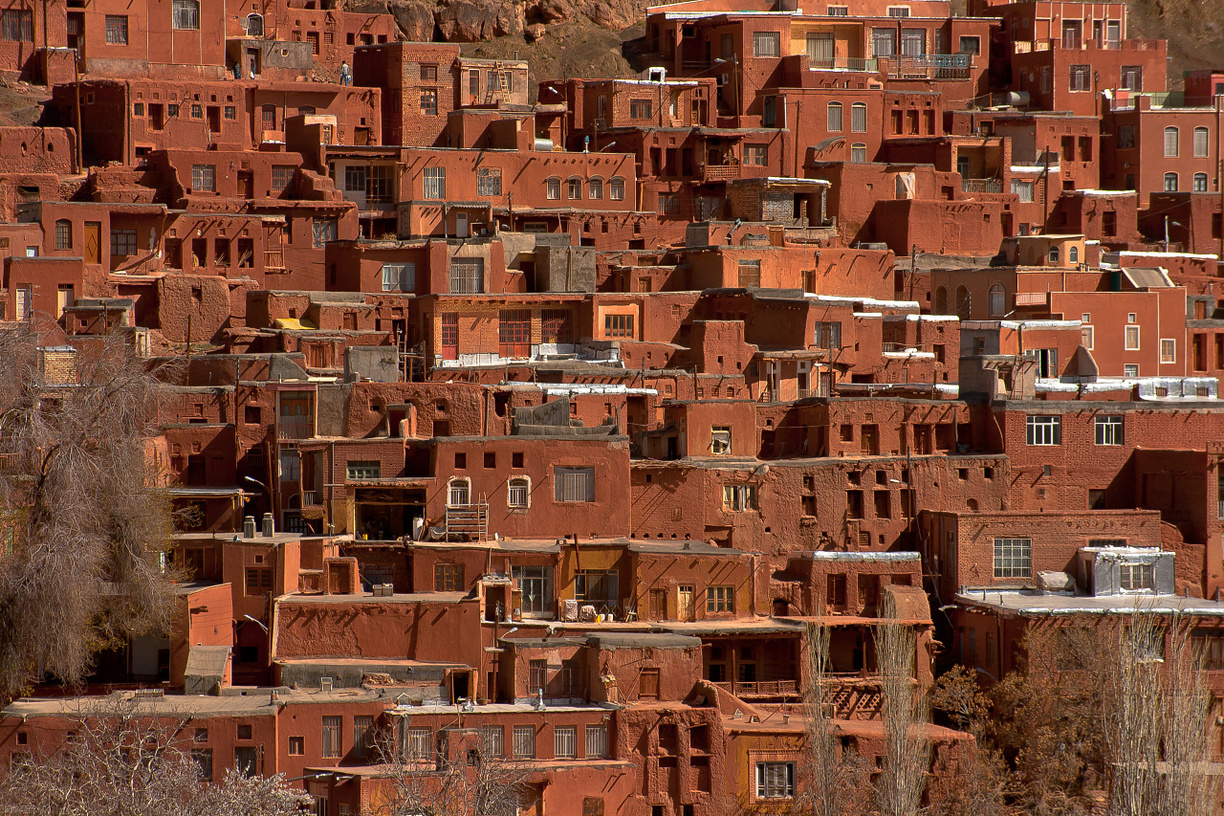 According to irantravel.biz, Abyaneh is mainly watered by Barzrud River. Set on the slope of the lofty mountain of Karkas, this village has a cold climate with numerous springs creating a favorable condition for agriculture. Given the evidence found in Abyaneh, the village dates back to antiquity, but its golden age was during the Safavid era. The word ‘Abyaneh’ has been derived from the word ‘viona’ meaning ‘Willow Grove’ (in the local dialect ‘vey’ means willow). The village extends along the river. Although the village itself is situated on high grounds, in the past three castles were built to protect the people from enemy attacks. Furthermore, the configuration of Abyaneh protects it from strong wind and flood.

Abyaneh has a compact texture with narrow and steep alleys. Located on the slopes of the mountain, the houses are arranged in a stair-step shape, so that the roofs of some houses are the yards of others. Timbers, straw and clay have been used for building the roofs. The walls, built from red mud bricks are impressive. The mud bricks harden when they are exposed to rain. The houses have been built facing the east to get the maximum sunshine. 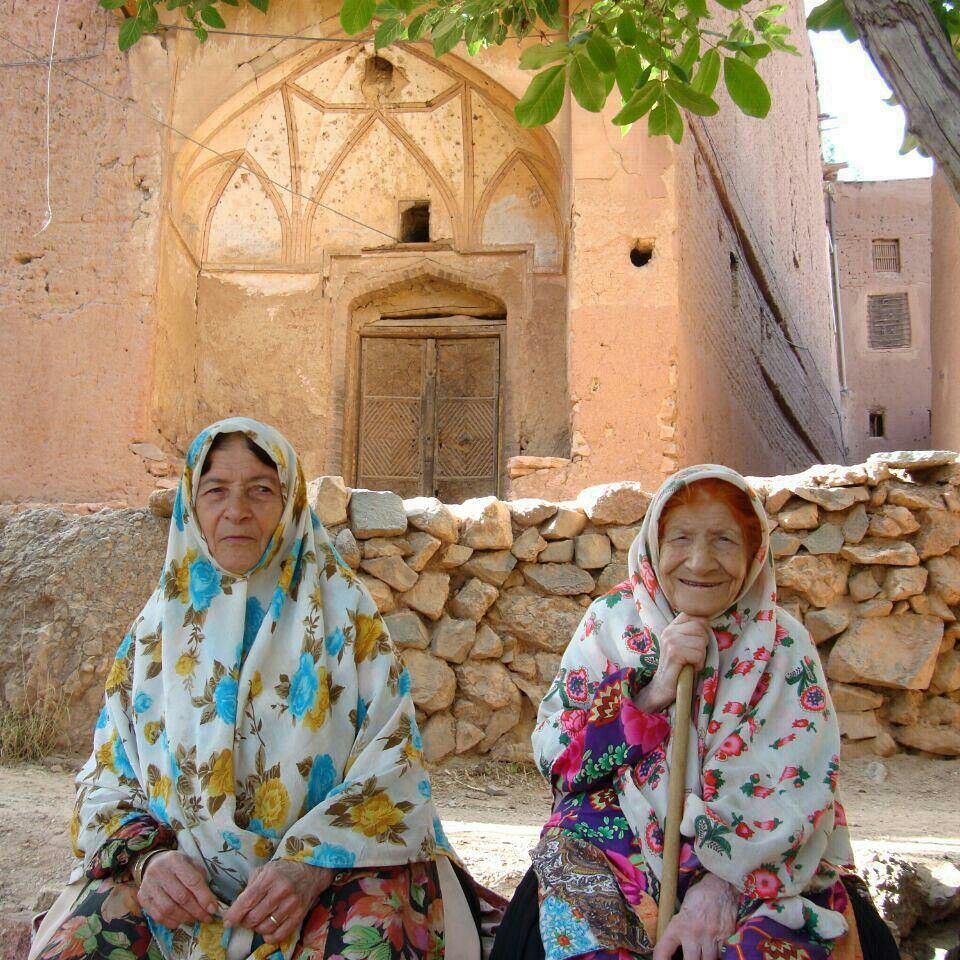 An Abyanaki woman typically wears a white long scarf (covering the shoulders and upper trunk) which has a colourful pattern and an under-knee skirt. Abyunaki people have persistently maintained this traditional costume.

Abyaneh village appears to be a multi-story village which on occasions the house floors even are erected up to 4 stories. The exterior facade of the houses is covered with red soil from a mine near the village. From other attractions of this ancient village, one can name its fire temple, unique mosques, pilgrimage sites and three citadels. Although the village is small in size, but it has many untold tales inside the minds of its residents and there are many enigmatic things to be explored by you the visitor who is in love with discovering new things about the past time. All the above-mentioned words have made this magical village worth a visit by any tourist visiting Iran. Wish you the nicest times of your life there in Abyaneh village. You can also buy dried fruits and shawls from the old women still living there after such long time in the history. Enjoy the perfect nature and attractions of this virgin rural area in the modern time.

Abyaneh is called an entrance to Iranian history. In some of the houses there is earthenware belonging to a few hundred years ago. The local traditional clothes are examples of styles of great antiquity. It is said a women of Abyaneh has inherited her wedding dress from her grandmother. The language spoken by the people is similar to the Parthian language (an Iranian language of the Parthian people who were inhabitants of an ancient country to the southeast of the Caspian Sea, now a part of northeastern Iran). 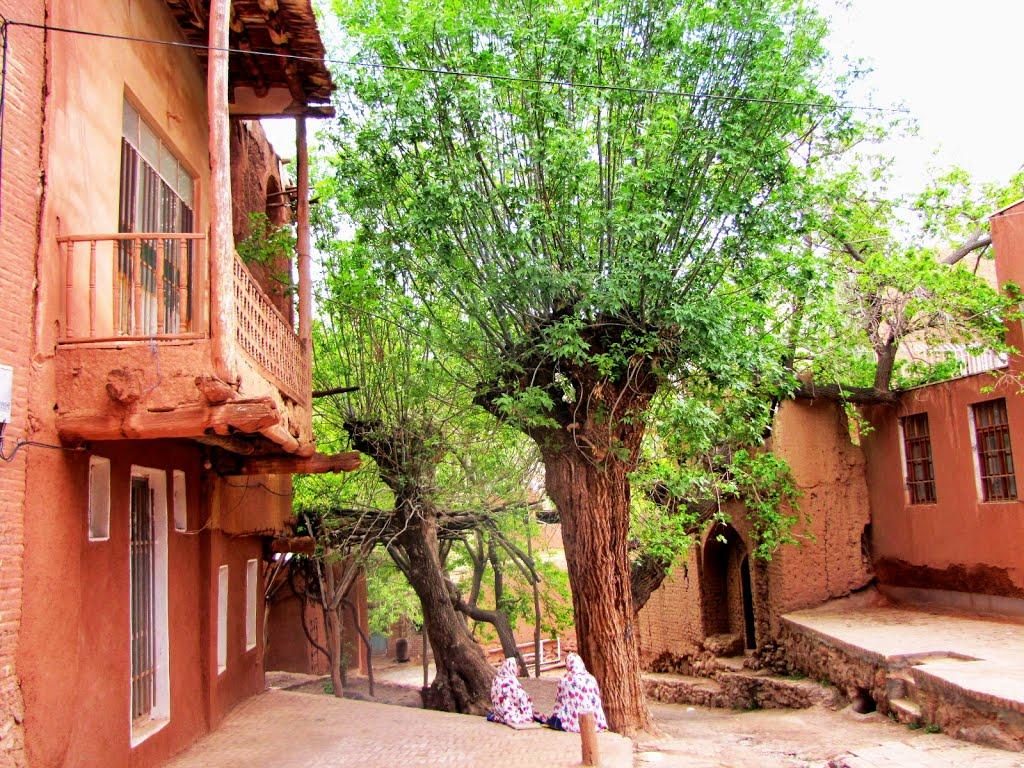 Since June 2005, the Village has been undergoing archaeological excavations for the first time, as a result of an  agreement between Abyaneh Research Center and ICHHTO’ Archaeology Research Center. Initial archaeological excavations resulted in the discovery of a residential area belonging to the Sassanid era. According to a report released following the visit of UNESCO representatives and experts of world heritage, the historical Village has been recognized appropriate for being registered in list of UNESCO’s World Heritage Sites. However, continuation of hotel constructions has put the status of this historical Village at risk. The recent decision of an investor to erect a hotel in the eastern part of this historic Village has raised the concern of cultural heritage enthusiasts and residents of Abyaneh.