Lavasan town is located 11 kilometers north east of Tehran in Lavasanat region. This town is known as one of the closest countries of Tehran with a very pleasant weather. Lavasan is also famous for its clean air, pristine and beautiful views of Jajroud River and Latiyan Dam, safe neighborhoods and wealthy owners and residents. Lavasan is surrounded by Vargin mountains and Baghdareh, Kond and Afjeh villages from the north side, Ghasran mountains from the west, Ira and Phil Zamin mountains, great Lavasan village and Jajroud river from the north and north east and Tello, Zinkouh and Arakooh mountains from the south. Among Lavasan’s attractions are Barg Jahan, Soustoun, Paschevik and Naran water falls, Vaziri cave-museum and Carrot plains. 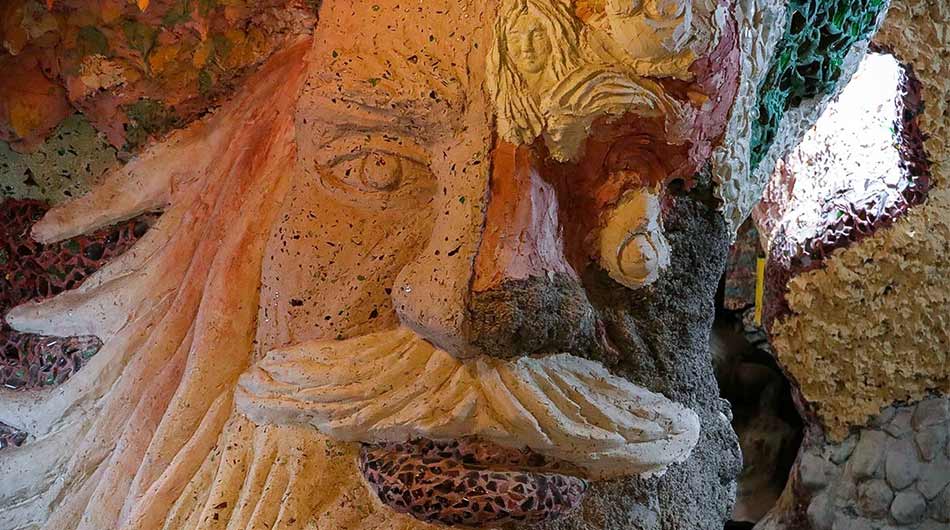 Vaziri Caved Museum launched in September, 2005 in Lavasan and it is run by Dr. Naser Hooshmand Vaziri who is a top-ranking Iranian sculptor. All charges have been totally paid by Dr. Vaziri and merely his ideas and innovations are employed there. It is the first Iranian private caved museum. The sculptures on display in the passages of the cave-like structure represent Iranian folklore. Dr. Houshmand Vaziri was art manager of Pardisan Natural History Museum until 1999. He was also a professor in Surah University in 1995. 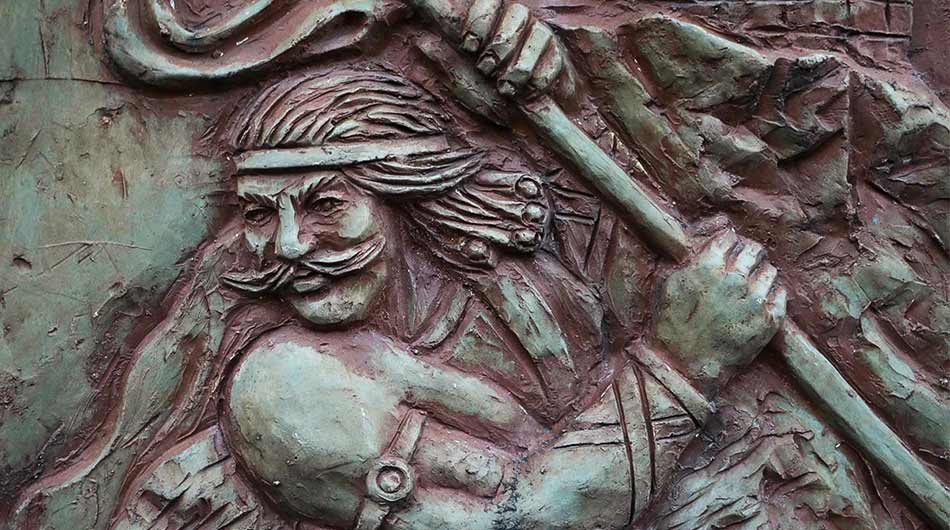 Since its establishment, corridors have been dug inside the mountain to exhibit his works which are still being developed. Each of his works depicts the stories of Ferdowsi’s Shahnameh, Iranian folklore and Iranian original culture. It is comprised of an exhibition, workshop section, handcrafts, education compartment, a gallery, and a conference hall. This complex is the only museum where visitors can ramble freely and take photos. Art students can be directly inspired by ustad’s ideas and got trained. As a devoted master, Dr. Vaziri delivers the necessary explanations about his works during visits and attempts to disseminate Iranian culture themes and original art among visitors. 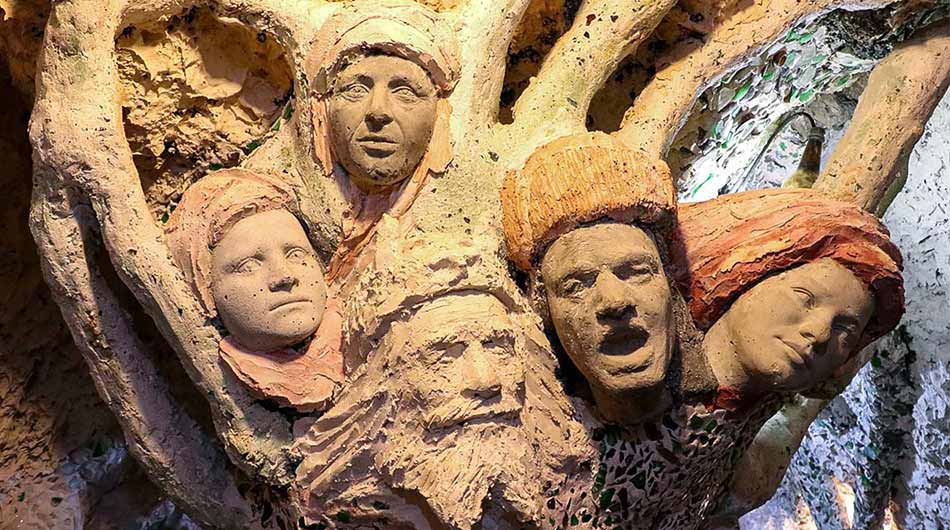 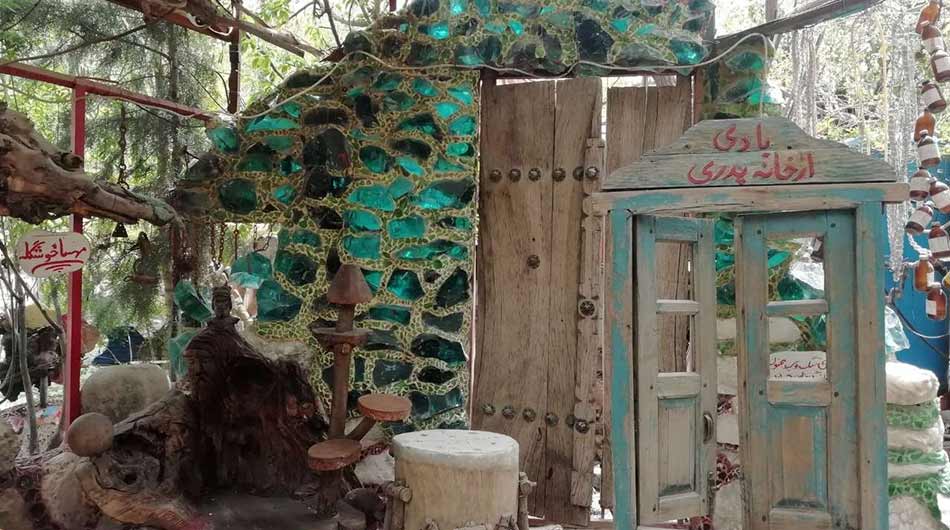 On second corridor entrance, a sculpture of Rostam is set up as if carrying the roof of the cave on his shoulders. The collection of corridors has provided a suitable space to sit a number of available statues; however, material-based categorization of statues is not feasible and they are installed considering the accessible area.