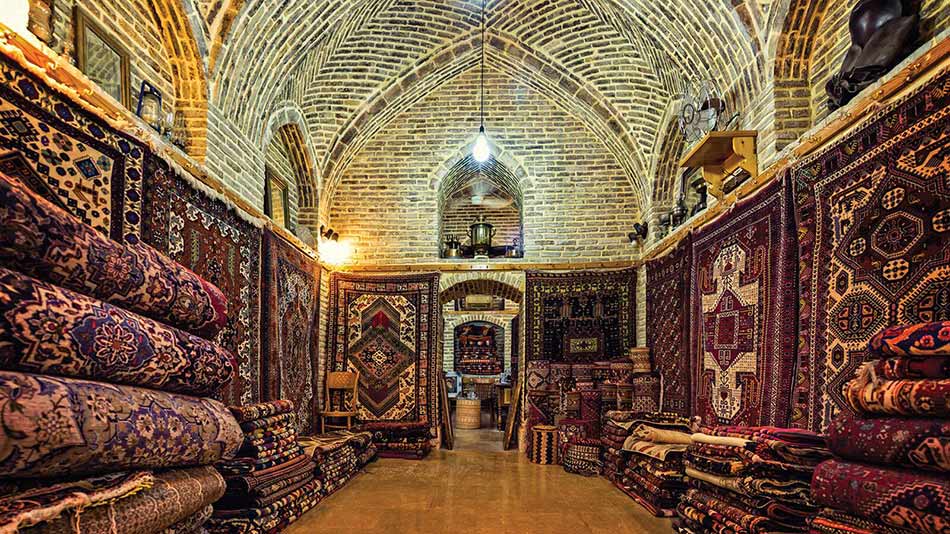 Shiraz offers different choices to tourists so that everybody will have something to do in this lovely city. From the mausoleums of great poets to the pleasant scent of love poetry throughout the city, from the far historical periods’ attractions to the modern ones, from sitting in Hafez tomb and combining your augury with poetry to walking among the colorful domestic products in Vakil bazaar. Vakil bazaar was built between the years 1770 and 1774 following the order of Karim Khan, the regent of Iran and founder of the Zand dynasty. It is said that Karim Khan was inspired by the Safavid Qayṣariya bazaar of Lar, and had this bazaar built in a similar way. This Bazaar was owned by the court which lent the stores to the shopkeepers for a small charge. 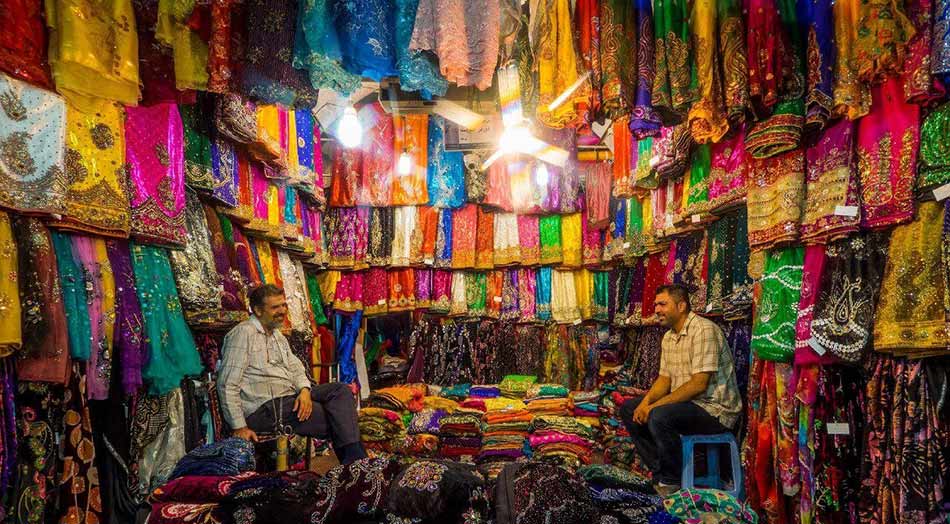 The city’s ancient trading district is home to several bazaars dating from different periods. The finest and most famous of these is the Bazar-e Vakil, a cruciform structure commissioned by Karim Khan as part of his plan to make Shiraz into a great trading centre. The wide vaulted brick avenues are masterpieces of Zand architecture, with the design ensuring the interior remains cool in summer and warm in winter. Today the bazaar is home to almost 200 stores selling carpets, handicrafts, spices and clothes.

Vakil bazaar stretches from the northeast to the southwest, forming a cross-shaped plan constituted by two perpendicular archways. Each branch of this cross forms a specific commercial unit, called rasteh. The two north and south rastehs used to include eighty-two shops, the west and east wings housed twenty and thirty-eight shops respectively. The southern rasteh was the draper’s bazaar (Bazzazan); the northern one was for the hatters (Kolahdouzan); traders in the eastern rasteh sold thread, lace and tapes (Allaqebandan) and the western rasteh was used for selling quiver and swords (Tarkeshduzan). Although the rastehs may not be used for the same purpose anymore, they are still referred to by the same titles. 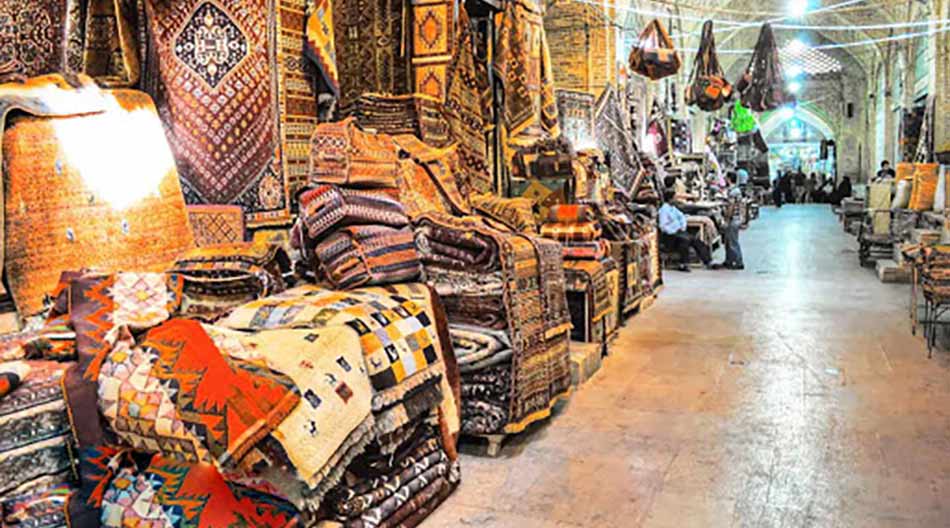 Vakil Bazaar is one of the most charming bazaars of Iran made of an intersection with a domed arch and four bazaars perpendicular to each other. The bazaars of drapers, wholesalers, saddlers, and silk sellers make up the main sections of Vakil Bazaar. The corridors of this bazaar are made of three parts: a passageway for customers, the frontage of the shop which is generally two steps above the ground and the shop itself as the selling space. The materials used in constructing the bazaar include plaster, brick and lime and some of the arches are embellished with medallion designs. In addition, several caravanserais such as Roghani, Ahmadi and Gomork were built later and added to Vakil Bazaar complex. 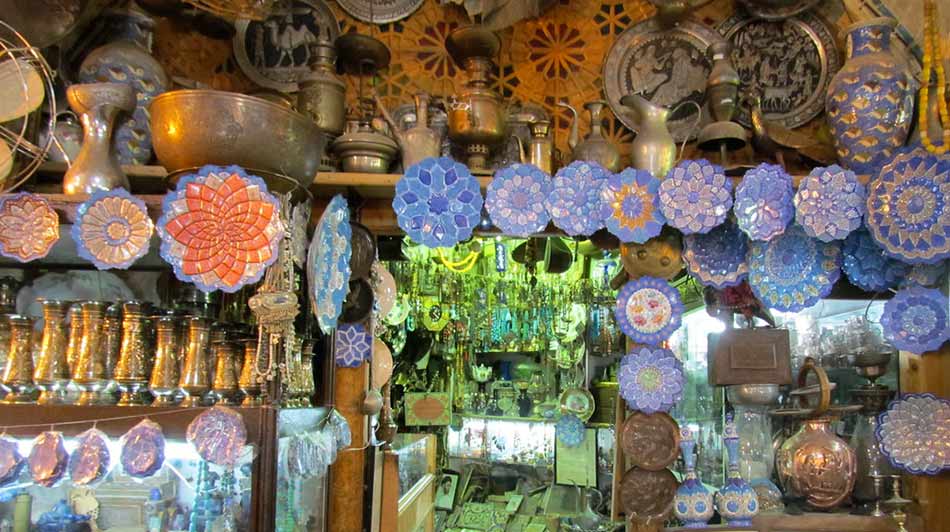 Vakil Bazaar has a really vibrant and bustling atmosphere. This isn’t just a tourist trap like you find at similar spots around the world. Vakil Bazaar is a place where locals actually do their shopping. Considered to be the most beautiful baazar in Iran, Vakil Baazar’s gorgeous vaulted brick ceiling regulates the temperature of the building by keeping it cool in summer and warm in winter. This makes it a great place to escape the heat which can at times during the summer, be suffocating.

Architecturally, each rasteh is formed of a number of successive archways. The archways constituting the Vakil Bazaar were about ten meters high and designed in a way to provide proper light and ventilation. Chaharsu, meaning four ways, is the point where two archways intersect. There used to be a pool and an arcade in the chaharsu where the merchants used to meet each other and communicate. Stone, baked brick, gypsum mortar, and wood were used in the construction of the bazaar—stone in the foundation, the lower sections and platforms of the shops in order to avoid dampness, baked bricks in the walls and the vaults, and wood for the doors.

Once an international trade center, this bazaar contains 180 shops mainly selling carpets, rugs, spices, cooper handicrafts and antiques. The highlight of the bazaar is Saray e Moshir located in the southern end of the bazaar, built during the Qajarid era (1785 to 1925). It was built by Mirza  Abolhassan Khan Moshirolmolk. Following the Safavid style of architecture, this caravansary consists of a big pool in the middle surrounded by four flower beds and shops laid on the western and eastern sides. Local souvenirs and handicrafts are being sold in this bazaar and caravanserai.