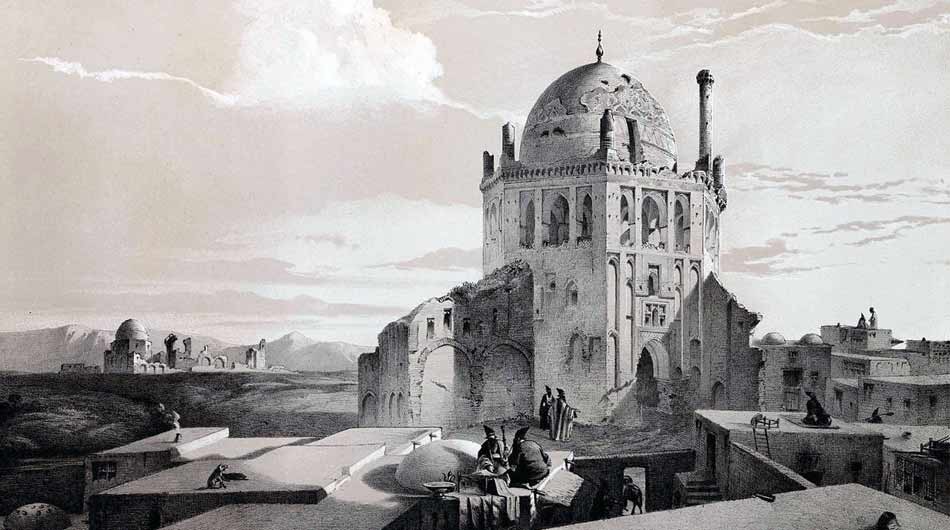 Soltaniyeh is a city in Iran that is dotted with ancient ruins. The most significant and impressive of these ruins, however, is the Dome of Soltaniyeh. The Dome, which is also sometimes referred to as the Mausoleum of Il-khan Öljeitü aka Muhammad Khodabandeh, was even more impressive when it was first completed all the way back in 1312 AD. Construction on the dome actually began ten years prior, in 1302 AD, but whether one counts its “birthdate” as the day construction began or the day it was completed, it still has the distinction of being the oldest dome of its type (double shell) in Iran. Furthermore, it is also one of the largest domes constructed of brick in the entire world. 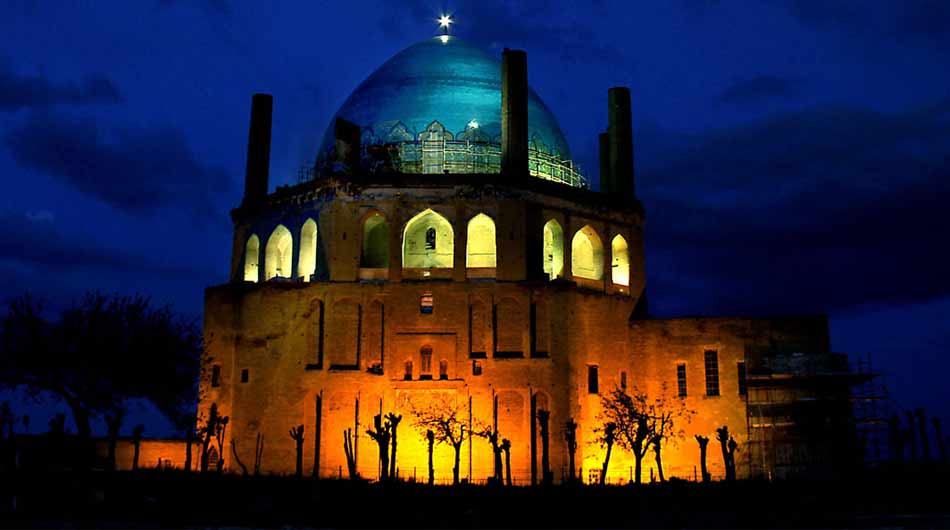 The Mausoleum of Oljaytu is an essential link and key monument in the development of Islamic architecture in central and western Asia. Here, the Ilkhanids further developed ideas that had been advanced during the classical Seljuk phase (11th to early 13th centuries), during which the arts of Iran gained distinction in the Islamic world, thereby setting the stage for the Timurid period (late 14th to 15th centuries), one of the most brilliant periods in Islamic art. Particularly relevant are the mausoleum dome’s double-shell structure (an inside shell and an outside shell), and the materials and themes used in its interior decoration. 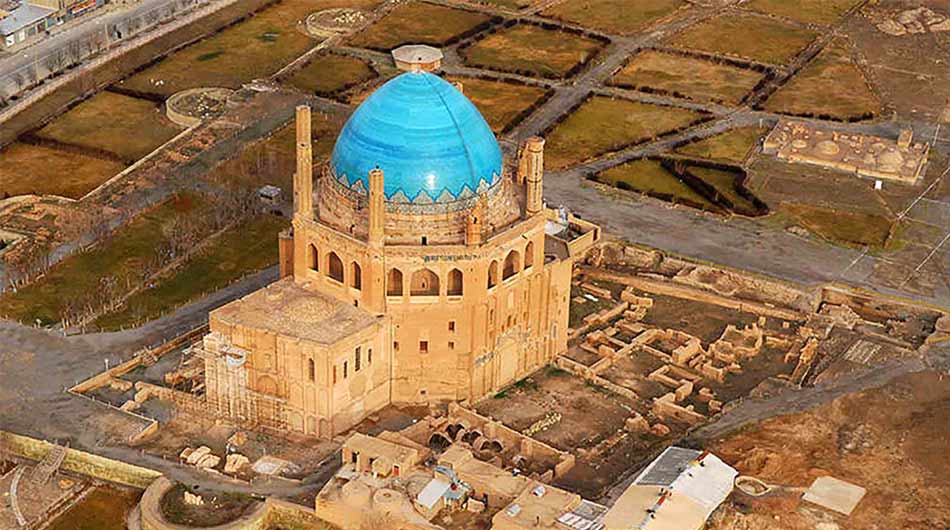 The very large 50-m-high dome is the earliest extant example of its type, and became an important reference for the later development of the Islamic dome. Similarly, the extremely rich interior of the mausoleum, which includes glazed tiles, brickwork, marquetry or designs in inlaid materials, stucco, and frescoes, illustrates an important movement towards more elaborate materials and themes. The Mausoleum of Oljaytu thus speaks eloquently to the Ilkhanid period, which was characterised by innovations in structural engineering, spatial proportions, architectural forms, and decorative patterns and techniques. 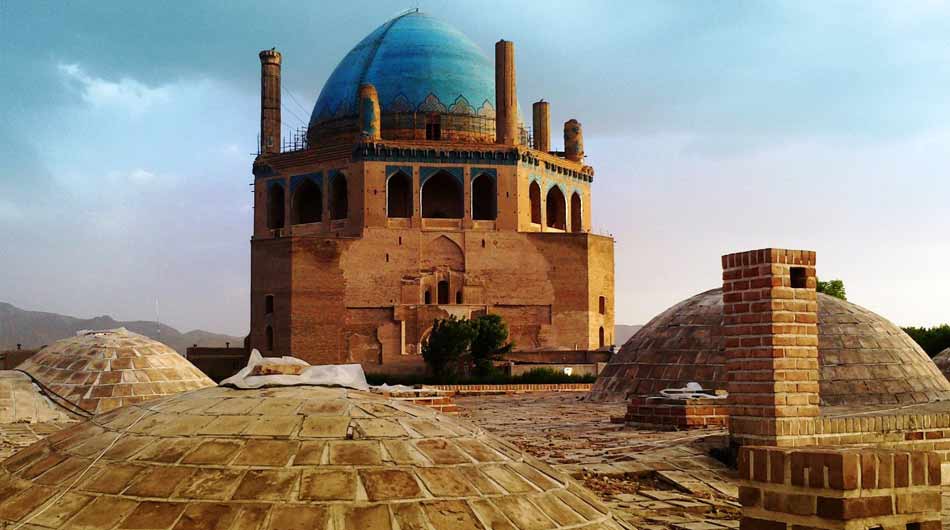 Soltaniyeh was the capital of the Ilkhanate, an empire of Mongolian origin that ruled over Persia in the 13th and 14th centuries. This building is considered a key monument in the history of Islamic architecture: it is the oldest double-shell dome in the world. The octagonal building is crowned with a 50m-tall dome covered in turquoise blue glazed bricks and surrounded by eight slender minarets. The WHS comprises 13 other locations besides the Dome. They include other mausolea and tombs, and also the remains of the former city and surrounding pasture.

The old fortification was a plot of land with an area of 18 hectares, encircled by a wall which was the characteristic of old cities. It is interesting to mention that the dome was used as a template in construction of the big dome of Florence, Italy. There are eight minarets around the dome, the structure is the oldest double-shell dome in Iran. The dome is blue and is covered in turquoise blue faience.

The inside roof of the rooms are decorated with colored bricks and plasterwork. There is a tall dome on each sides of the building which are about 120 meters each. On the upper part of the building, pavilions and rooms have been constructed. On the sides of the ceiling, Quranic verses and names of God have been written in beautiful manifest handwriting, which is both a symbol of Iranian art and also a sign of the submission of Iranians to the last divine religion.

The plan of ground floor, the first floor and the nearby spaces has been designed as a semi-rectangle shape and the other parts of the plan in the second and third floor is an octagonal on which the dome is stood as a hemispherical form. Eight minarets have been designed to place on the angles of the octagonal above the third floor. In addition to eight entrances, eight porches, eight minarets and a dome, the building has consisted of a Torbat khaneh and a basement. Wall paintings, lattice brickworks, wooden and stony decorations, plaster and brick muqarnas and some Qur’anic inscriptions are among different kinds of architectural decorations in Soltaniyeh.