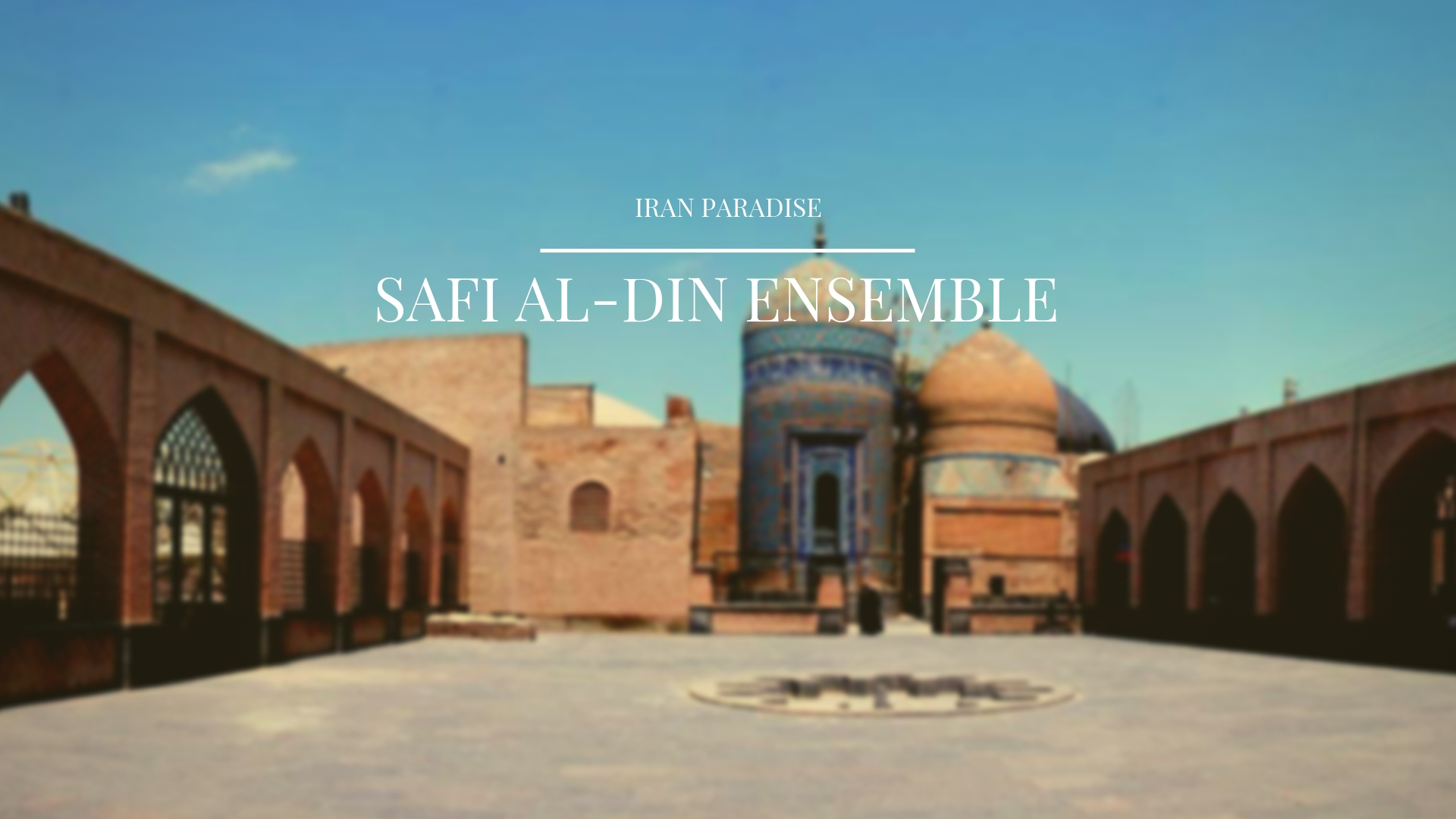 Safi al-Din Ensemble in Ardabil is a Sufi spiritual retreat dating from between the early 16th century and late 18th century. It is the burial site of Safi al-Din Ardabili (b. 1252/3), the eponymous founder of the Safawiyya order of Sufism. The complex is a fine example of medieval Iranian architecture. The shrine was an important site of pilgrimage throughout the Safavid period (1501-1722) and underwent numerous improvements and embellishments to become one of the most beautiful of all Safavid monuments. The site includes a library, a mosque, a school, a mausoleum, a cistern, a hospital, kitchens, a bakery and some offices.

The Sheikh Safi al-Din Khanegah and Shrine Ensemble in Ardabil is a 16th century Iranian Sufi sanctuary with an especially cumbersome name. It is shortened in the nomination file and at the site itself to ‘SKSEA’. I had it registered at this website under ‘Ardabil’, but to be clear: it’s not the whole city that is included in the List – only a specific religious ensemble.

Ardabil was the first city that I visited during my Iran trip. It is a sizeable provincial capital in the far northwest of the country. I arrived here from Azerbaijan via the Astara border post, somewhat of a back door to the Islamic Republic of Iran. The Sufi complex lies in the center of town. It doesn’t look particularly noteworthy from the street. Most of it is hidden behind brick walls. A smallish gate, decorated with distinctive glazed tiles, houses the entrance.

I arrived early in the morning, and there were hardly any other visitors. Via the garden there’s another gate to tackle, and then the site opens up to you. The courtyard of the religious complex is surrounded on all four sides by buildings which are covered with blue tiles with green and yellow accents. This was my first example of Iranian architecture and I immediately knew it was a wise decision to come here.

The three towers, that hold the mausoleums of the most important Sufi’s that are honoured here, are almost overlooked among all the splendor. Yet they are the most special thing about this complex. The oldest tomb tower (that of Safi al-Din) lies half-hidden behind the other two. It is currently being restored. The biggest of the three has the wonderful name ‘Allah Allah Tower’ – it is decorated with countless times the word ‘Allah’ in Arabic calligraphy.

After removing your shoes you can cross the threshold to go inside. A beautifully decorated room awaits with an unexpected colour scheme. Gold, dark red and blue are the main colors. The space itself is a prayer room, surrounded by several niches containing the tombs of the deceased who are honoured here. The ceiling under the domes is covered with “stalactites” which serve as reinforcement of the structure.

In addition to the main prayer room, the Porcelain Room is also very worthwhile. This is a large space in the shape of a cross, where the walls are covered with small niches in a variety of forms (such as a violin or a vase). In 16th and 17th century these niches (there are perhaps 1000 of them!) were filled with Chinese porcelain, received as gifts or robbed by the Safavid rulers. Most of it is now gone to great museums in Tehran, and the famous Ardabil-carpet that formerly covered the entire floor of this room has landed in London.

In the outdoor area at the back of the complex it is worth having a look at the ‘school’. Here teachers taught various religious and secular subjects, and they did so by speaking to their students (1 or 2, sometimes 5 at a time) from a niche in the outer wall. The wall now has some 30 of these niches, most with a special platform in it to elevate the teacher above his pupils.

This is purely a Sufi sanctuary, but it has Shi’a connotations too for the Iranians. The Safavid dynasty responsible for this ensemble promoted Shi’ism to the state religion. In its nomination, Iran proposed inscription on an additional criterion 6 to honor the special meaning that the site has for the country. But this was brushed away by ICOMOS which did not see the universal relevance of this. The rest of its OUV was easily accepted.

Sufism is generally considered to be the inner mystical dimension of Islam rather than a distinct sect. It began to develop into a spiritual movement in the 9th and 10th centuries. Sufism is claimed to have been a definitive factor in the spread of Islam and in the creation of an integrated Islamic culture in Africa and Asia. Sufism flourished between the 13th and 16th centuries throughout the Islamic world as a vigorous religious and intellectual culture with specific directions given by the different tariqats or orders founded by Sufi teachers. Sufism has left a number of physical artistic manifestations, particularly in central Asia.

When Iran underwent the Islamic conquest, Ardabil was the largest city in north-western Iran, and it remained so until the Mongol invasions, which left the town shattered for three centuries until the advent of the Safavid Dynasty, of which Sheikh Safi al-Din (1252-1334) is the eponym. Sheikh Safi al-Din followed Sheikh Zāhed e-Gilāni’s teachings and after his master’s death took his place and developed his own tariqat, which acquired its name and from which Safavi Sufism originated. He founded a khānegāh in Ardabil, which was later to become his shrine. The ensemble functioned initially as a small, selfcontained city with bazaars, public baths and meydāns, religious facilities, houses, and offices.

The Safavids spared no expense in enriching and decorating the structure of the shrine of their ancestor with many works of art. The shrine became a focus for pilgrims from around the world and a religious ensemble containing outstanding works of art, ornamentation, and archaeology from the 14th to the 18th centuries.