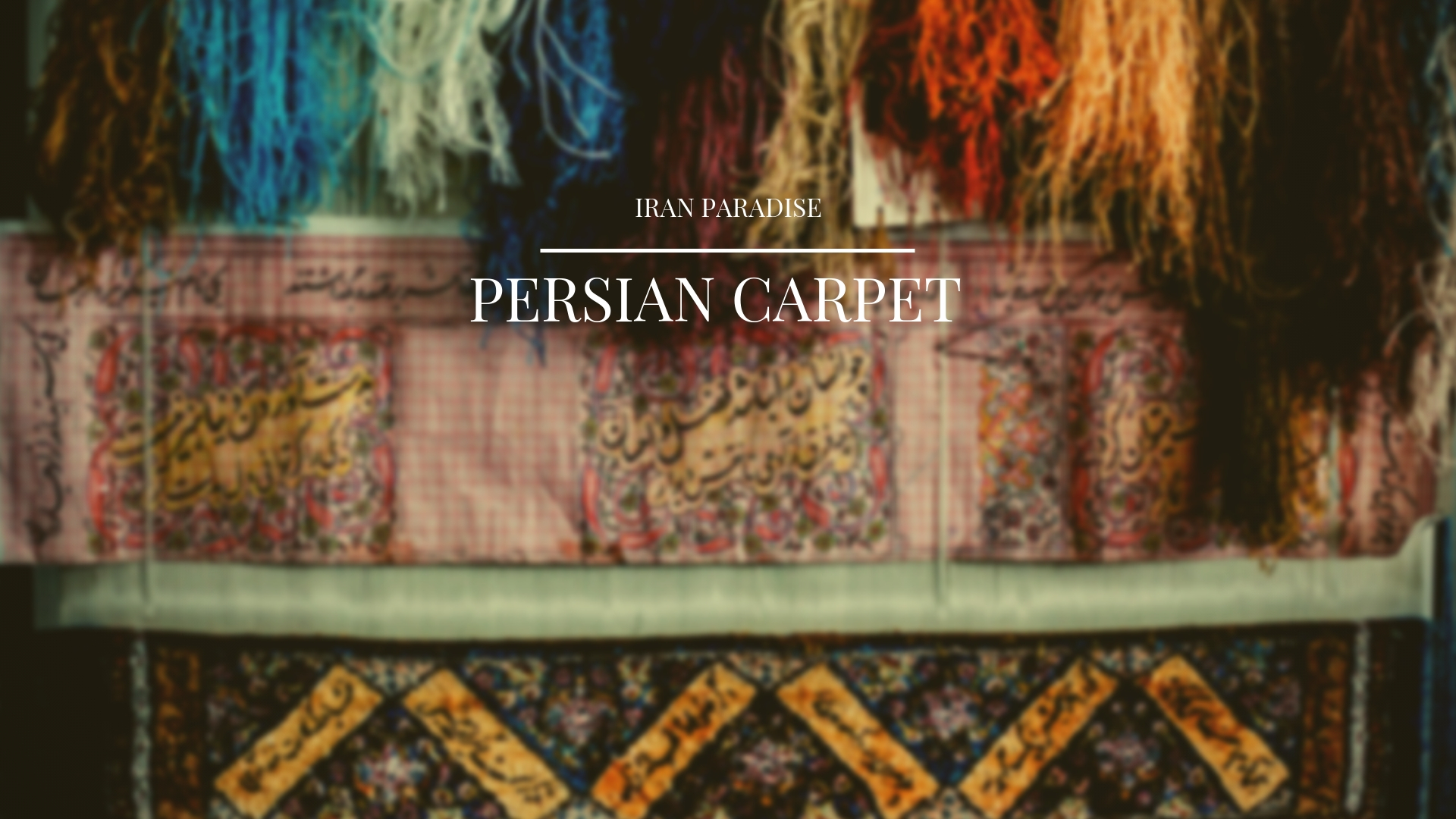 The art of carpet weaving in Iran originated more than 2,500 years ago. Persian carpets and rugs were initially woven as articles of necessity to cover the floors of nomadic tribesmen, giving them protection from the cold and damp. The natural progression of the skill and craft involved in the creation of these works of art has been passed down from generation to generation over the centuries throughout periods of peace, invasion and war. As international trade developed, the variety of patterns and designs grew.

Much of the progression of the Persian carpet lies in conjunction with the various rulers of the country throughout time. When Cyrus the Great conquered Babylon in 539 BC, he was struck by its splendor and many historians credit him for introducing the art of carpet making into Persia. It is said that the tomb of Cyrus, who was buried at Pasargadae near Persepolis, was covered with precious carpets. Even before his time, it is very likely that Persian nomads created at least very simple designs for their own homes. Their herds of sheep and goats provided them with high quality and durable wool for this purpose. In 1949 Russian archaeologists discovered the oldest known knotted carpet in the Pazyryk valley, on the Altai Mountains of Siberia. Dating back to the 5th century BC the Pazyryk carpet is a fine example of the skill which existed and has been developed and refined over the centuries. The carpet survived over two millennium preserved in the frozen tombs of Scythian nobles, and is now the showpiece of the Hermitage Museum of Leningrad (St. Petersburg). 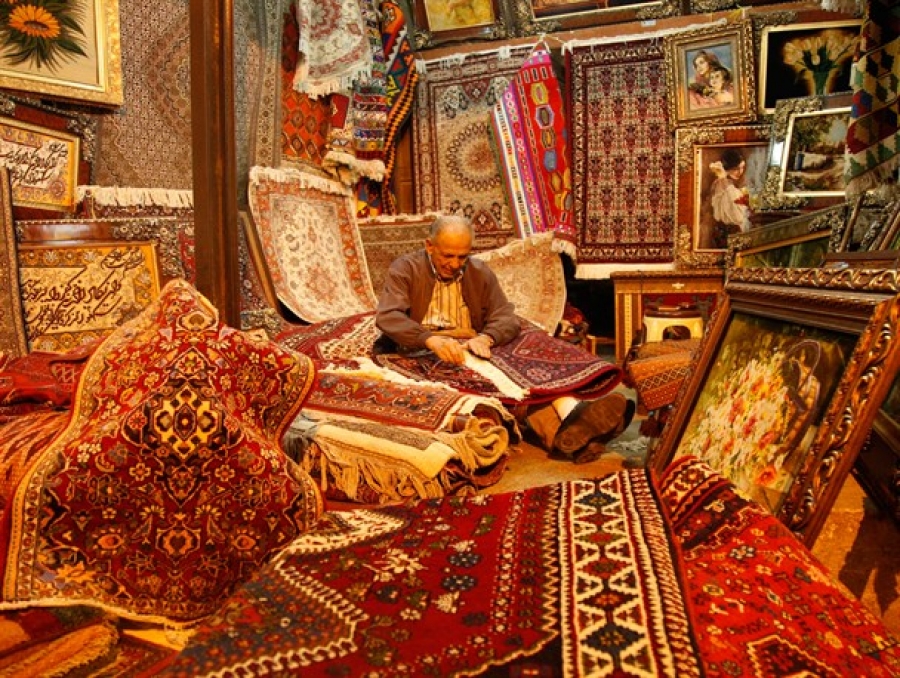 The intricacy of this rug suggests that even at this early date, the art of carpet weaving had progressed well beyond simple rugs designed for practical purposes. The first documented evidence on the existence of carpets came from Chinese texts dating back to the Sassanid Dynasty (224 – 641 AD). In 628 AD, the Emperor Heraclius brought back a variety of carpets from the conquest of Ctesiphon, the Sassanian capital. The Arabs also conquered Ctesiphon in 637 AD, and among the spoils brought back were said to be many carpets, one of which was the famous garden carpet, the “Springtime of Khosro”. This carpet has passed into history as the most precious of all time. Made during the reign of Khosro I (531 – 579 AD) the carpet was enormous, measuring 400’ x 100’ and weighing several tones. Historians describe the silk based rug as follows: “The border was a magnificent flower bed of blue, red, white, yellow and green stones; in the background the color of the earth was imitated with gold; clear stones like crystals gave the illusion of water; the plants were in silk and the fruits were formed by color stones”. The king is said to have strolled along the carpet in winter to remind him of the beauty of spring.  However, when the Arabs invaded they cut the magnificent carpet into many pieces, selling each piece separately. Picture of the Pazyryk carpet the center-piece of the Ardabil Rug the Pazyryk Rug (left) and Ardabil Carpet (right). After the period of domination by the Arab Caliphates, a Turkish tribe, named after their founder, Seljuk conquered Persia. Their domination (1038 – 1194 AD) was of great importance in the history of Persian carpets. The Seljuk women were skillful carpet makers using Turkish knots. In the provinces of Azerbaijan and Hamadan where Seljuk influence was strongest and longest lasting, the Turkish knot is used to this day.

The Mongol conquest and control of Persia (1220 – 1449) was initially brutal. However, they soon came under the influence of the Persians. The palace of Tabriz, belonging to the Ilkhan leader, Ghazan Khan (1295 – 1304) had paved floors covered with precious carpets. The Mongol ruler Shah Rokh (1409 – 1446) contributed to the reconstruction of much that was destroyed by the Mongols and encouraged all the artistic activities of the region. However, the carpets in this period were decorated with simple motifs, which were mainly geometric in style. The Persian carpet reached its zenith during the reign of the Safavid Dynasty in the 16th century AD. Approximately 1500 examples are preserved in various museums and in private collections worldwide. During the reign of Shah Abbas (1587 – 1629), commerce and crafts prospered in Persia. Shah Abbas encouraged contacts and trade with Europe and transformed his new capital, Isfahan, into one of the most glorious cities of Persia. He also built workshops for carpets where skilled designers and craftsmen set to work to create splendid specimens. Most of these carpets were made of silk, with gold and silver threads adding even more embellishment. Two of the best know carpets of the Safavid period; dated 1539 come from the mosque of Ardabil. Many experts believe that these carpets represent the culmination of achievement in carpet design. The larger of the two carpets is now a centerpiece in London’s Victoria and Albert Museum. 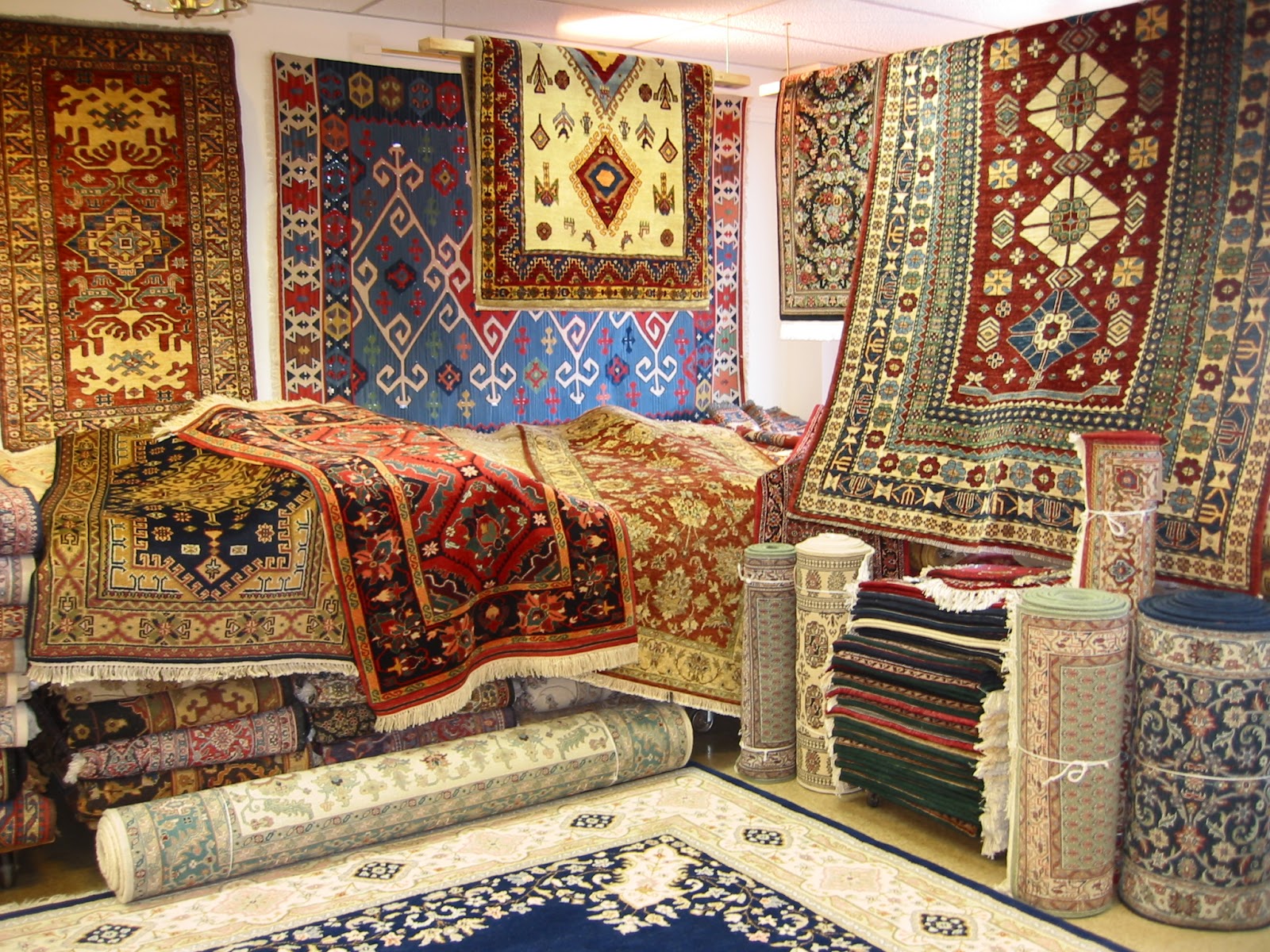 The court period of the Persian carpet ended with the Afghan invasion in 1722. The Afghans destroyed Isfahan, yet their domination lasted for only a short period and in 1736, a young Chieftain from Khorasan, Nader Khan became the Shah of Persia. Through the whole course of his reign, all the country’s forces were utilized in campaigns against the Afghans, the Turks, and the Russians. During this period, and for several turbulent years after his death in 1747, no carpets of any great value were made; solely nomads and craftsmen in small villages continued the tradition of their craft.

In the last quarter of the 19th Century and during the reign of Qajar, trade and craftsmanship regained their importance. Carpet making flourished once more with Tabriz merchants exporting carpets to Europe through Istanbul. By the end of the 19th Century some European and American companies even set up businesses in Persia and organized craft production destined for western markets. Through this development new designs were made with Western tastes in mind. An example of this is the Manchester based German company Ziegler & Co. moving to Iran to develop new carpets for export, their work with the master weavers of Iran led to the development of carpets suited to Western interiors such as the Ziegler rug which is currently one of the most popular rugs in production. 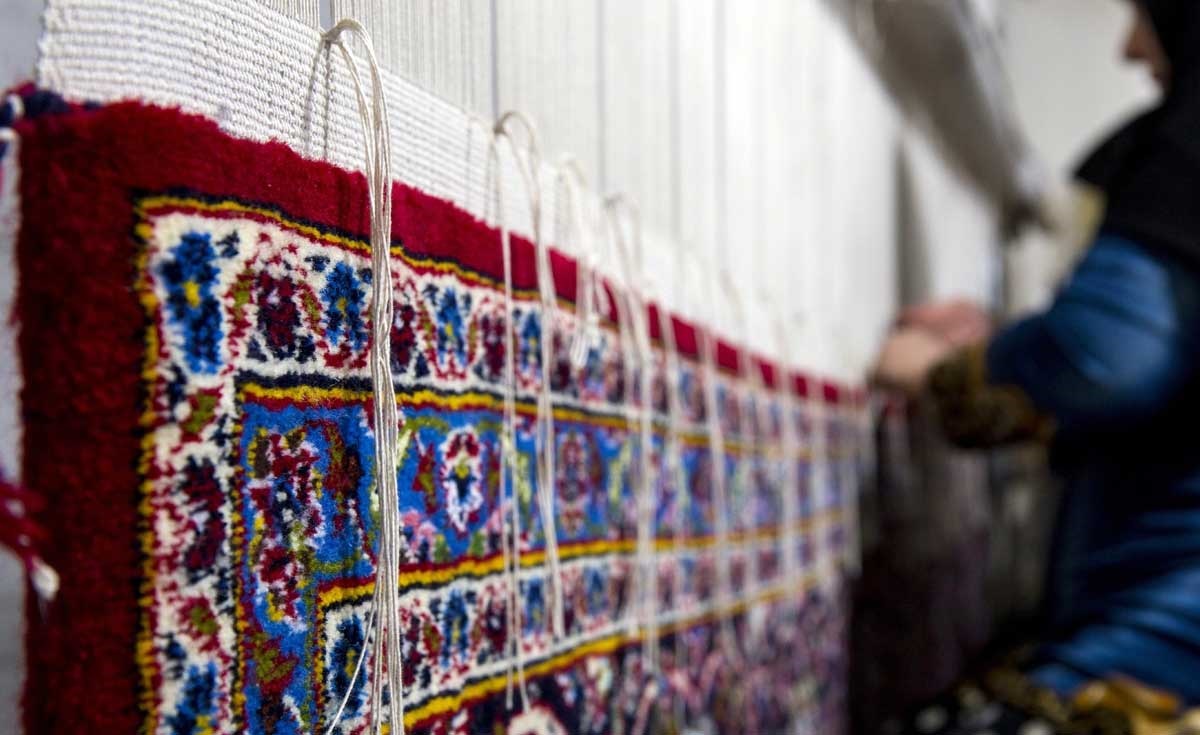 Today, carpet weaving is by far the most widespread handicraft in Iran. Persian carpets are renowned for their richness of color, variety of spectacular artistic patterns and quality of design. In palaces, famous buildings, mansions and museums the world over, a Persian carpet is amongst the most treasured of possessions.