The Jameh complex is a veritable museum of Islamic architecture while still functioning as a busy place of worship. Showcasing the best that nine centuries of artistic and religious endeavour has achieved, from the geometric elegance of the Seljuks to the more florid refinements of the Safavid era, a visit repays time spent examining the details – a finely carved column, delicate mosaics, perfect brickwork. Covering more than 20,000 sq metres, this is the biggest mosque in Iran.

Masjed-e Jame of Isfahan is one of the largest mosque still standing in the heart of Iran, Isfahan. The Jame mosque is the result of continual construction, additions and renovations on the site from around 771 to the end of the 20th century, however it was firstly established at the 8th century, but it burnt down and was rebuilt again in the 11th century and went through remodeling many times. the final result has rooms with different architectural styles, so the mosque truly represents a condensed history of the Iranian architecture, culture and life style.

Masjed-e Jame of Isfahan is one of the oldest standing ones in Iran, which was built with four-iwans with all of them built face to face. Iwan is actually, an open room with a view to the sky. The biggest Iwan is the one faced to Qibla with beautiful muqarnas on the walls which was done during the 13th century. 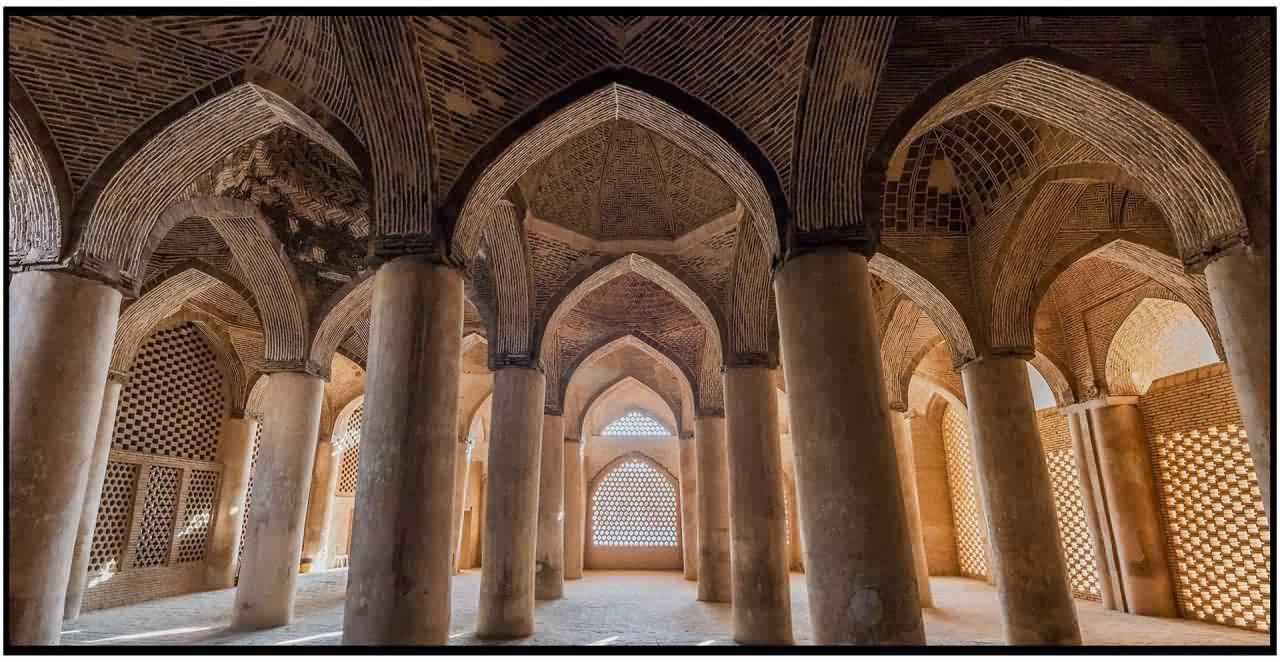 During Seljuqs construction of the building was among adding two brick domed chambers to the complex and the mosque was also renowned at the same time. The south dome was built in order to be used as mihrab during 1086–87 by Nizam al-Mulk. The other dome which was the largest dome at its time was constructed by Nizam al-Mulk a year later is located in the north part of the building. It is still unknown why the chamber was constructed. However, since it was located outside the area of the mosque, it is believed that the dome was built as a direct riposte to the earlier south dome. The four Iwans were also added under the Seljuqs, and therefore due to the new architectural style, the mosque became prevalent in Iran and the rest of the Islamic world.

Religious activity on this site is believed to date back to the Sassanid Zoroastrians, with the first sizeable mosque being built over temple foundations by the Seljuks in the 11th century. The two large domes (north and south) have survived intact from this era but the rest of the mosque was destroyed by fire in the 12th century and rebuilt in 1121. Embellishments were added throughout the centuries. 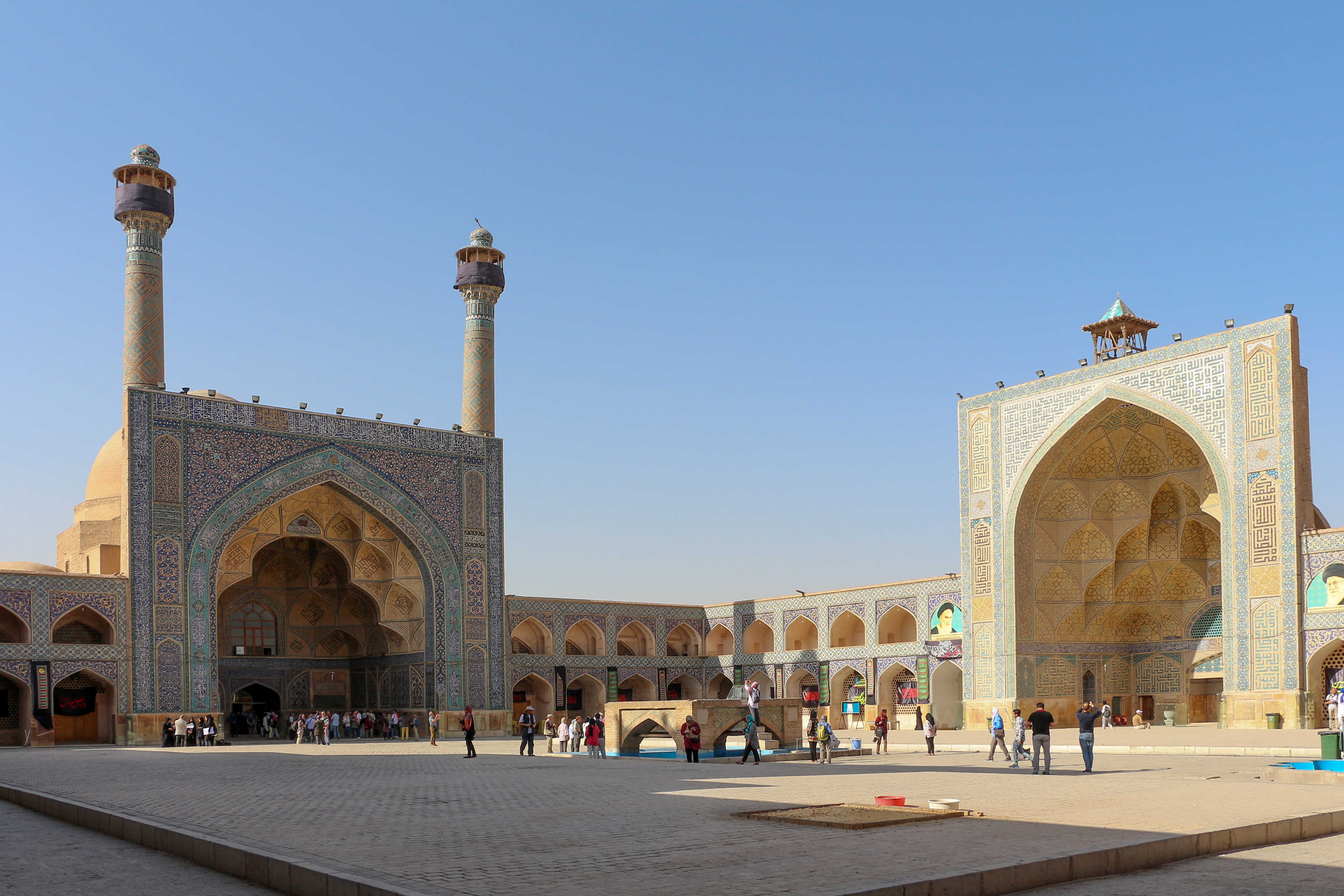 There were so many developments, and modifications to the place from the Mongols, Muzzafarids, Timurids, and Safavids. As a result, it has rooms built in different architectural styles, so now the mosque represents a condensed history of Iranian Architecture.