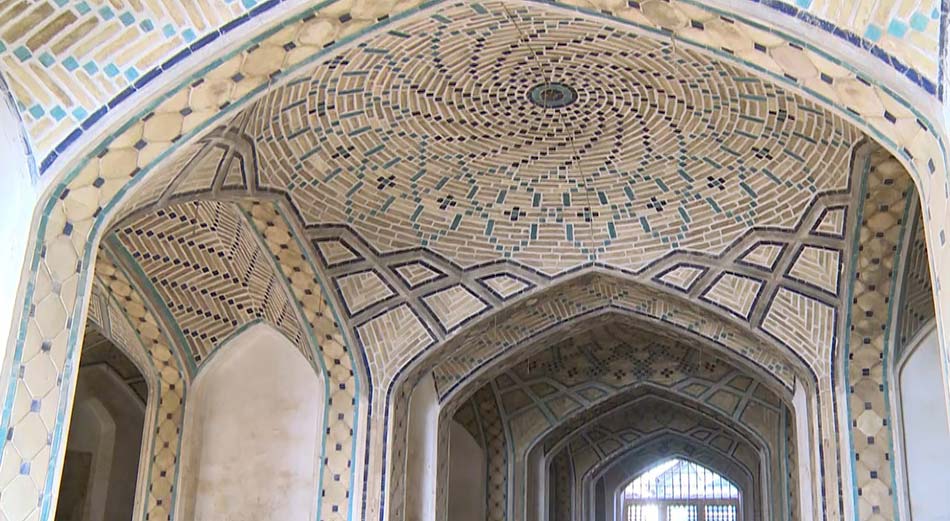 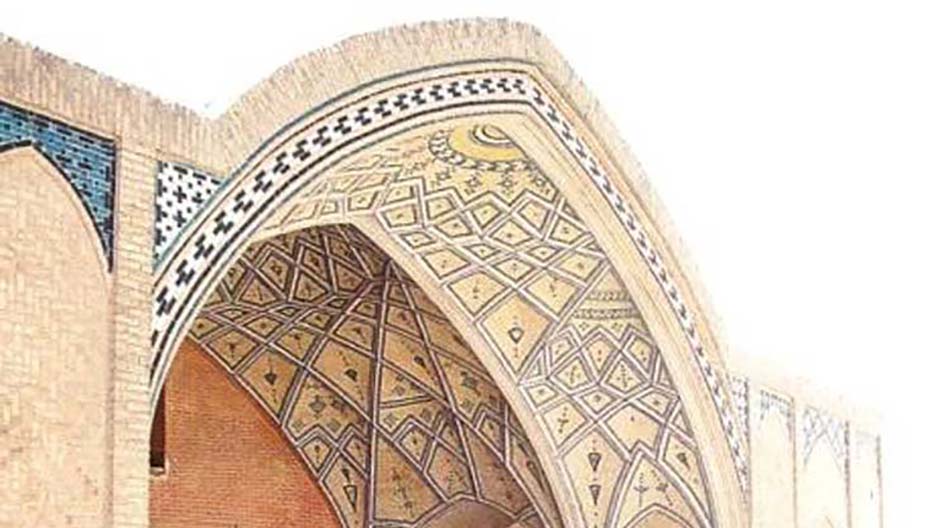 Many travellers opt to bypass Kashan on their journeys between Tehran, Esfahan and Yazd, but this delightful oasis city on the edge of the Dasht-e Kavir is one of Iran’s most alluring destinations. It not only boasts a cluster of architectural wonders, an atmospheric covered bazaar and a Unesco recognised garden, but it also offers some of central Iran’s best traditional hotels. 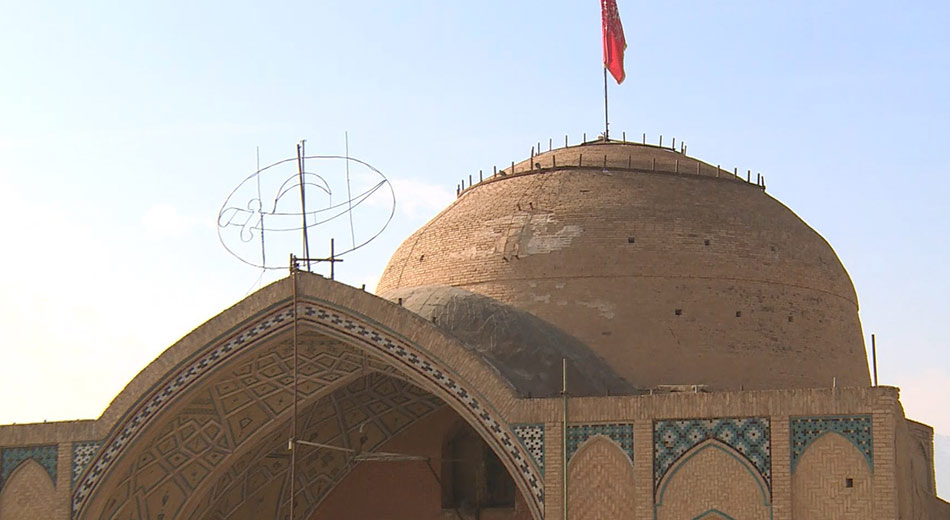 Jame Mosque of Kashan is a 10th century Seljuq era structure, which is said to have been built on the ruins of an ancient Fire Temple. The mosque has two minarets one of which faces the right Qibla (the direction Muslims face when praying) and one with a crooked Qibla. The dome and one of the minarets of the mosque are made of brick. The brick minaret has three lines of embossed inscription in the Kufic hand at its base. The mihrab (prayer niche) of the mosque has unique stucco relief decorations. 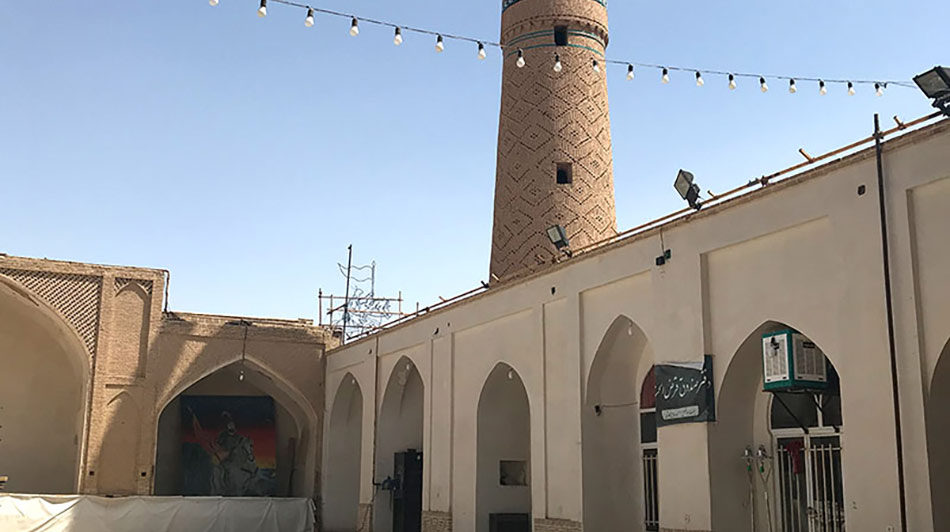 The mosque is based on a simple and rigid plan. An ablutions pool in the courtyard is in front of the eivan leading to the domed sanctuary. There are also two prayer halls on the ground floor and another One in the basement. Curiously, the main sanctuary features two mihrabs. The larger, recently repaired, has remained from the Seljuk period. 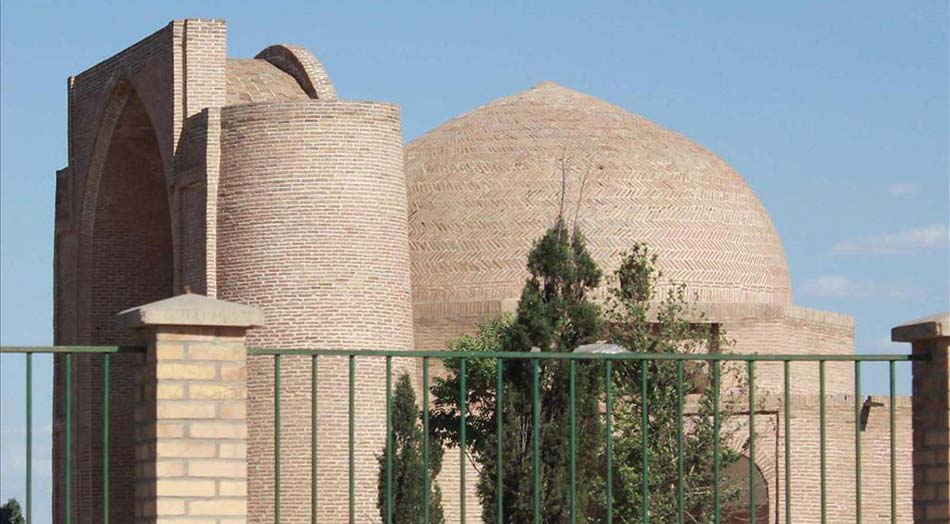 Its inscription is the verse from the Koran that announces Friday sermons mandatory to the Muslims. Thus, it may be presumed that the mosque was built especially for congregational prayers. The smaller mihrab features an inscription urging the Muslims to pray facing Mecca. It is different from the orientation of the larger mihrab, but pinpoints the more precise direction.

The characteristics of Jameh Mosque are a beautiful and simple altar that is distinguished at the same time as the simplicity with the beautiful stucco made by Master Baqir Isfahani. The mosque has two main altars, the Qibla is one tilt and the other one is right. Experts say that the altar has been destroyed due to its non-observance, and a new altar has been built.

This mosque, which is one of the oldest Islamic era structures of Kashan, has been devastated and renovated several times with significant changes being made to its decorations and design after each renovation. The mosque has been repeatedly ruined and re-built in different periods. The major damage was caused by the earthquake in the year 1778.

Afterwards, however, the mosque was restored by the renowned Kashan ruler, Abdolrezaq, who carefully rebuilt the structure that had been almost completely destroyed. These repairs lasted for more than ten years as testified by the inscriptions that give the dates of both the beginning and the completion of the work. The plaster, painted inscriptions written in white Tholth script against an azure background also belong to this period.

17 thoughts on “Jameh Mosque Of Kashan”