Kerman’s Historical-Cultural Structure (Prospective World Heritage Site) has had a remarkable influence on the construction and architectural development of its historical nucleus of mosque, bazaar, bathhouse, and caravanserai considered prominent examples of the social, cultural and economic impact of technical architecture. The main highlights include:

Jami‘ Mosque of Kerman the well-preserved 14-century monument with four lofty ivans of shimmering blue tiles and no minarets, extensively modernized during the Safavid period and later.

Shrine of Seyed Rokneddin located at a wonderfully frescoed intersection of two main lines of arcades, with caravanserais, a teahouse, and a traditional hammam transformed into a museum.

Shrine of Moshtaq Ali Shah an attractive mausoleum dedicated to a Sufi mystic renowned for his singing and ability with the setar, a musical instrument.

Jabbalieh a mysterious, octagonal stone structure with a brick dome, whose function is unknown, in a picturesque setting at the foot of the mountains.

Shazdeh Garden an attractive, rectangular green oasis and one of the fine examples of historical Persian gardens, ornamented with water cascades, a monumental entrance and a residential pavilion.

Shrine of Shah Nematollah Vali built in 1436 and embellished and extended by Shah Abbas, set in a delightful garden evoking great harmony, and Iran’s most splendid Islamic monument outside Isfahan.

Bam and its Cultural Landscape (World Heritage Site), a vivid impression of a fortified medieval town, a testimony to the develop-ment of a settlement known for underground irrigation canals. 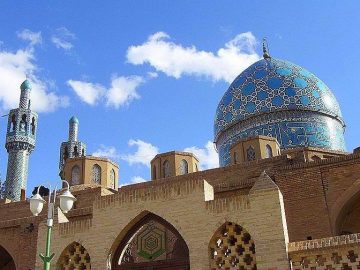 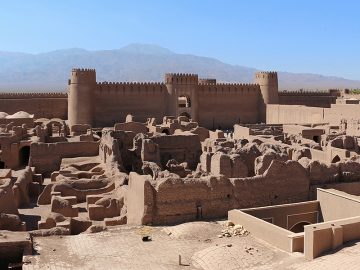 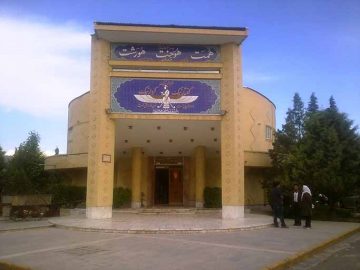 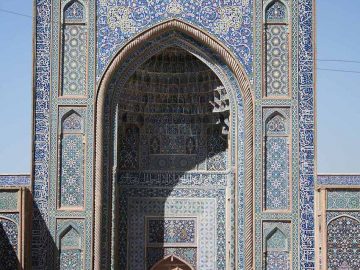 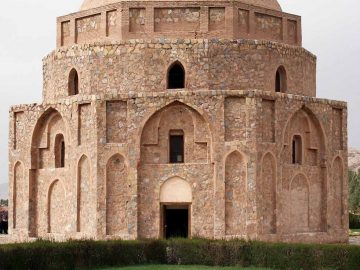 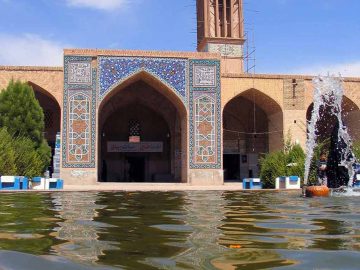 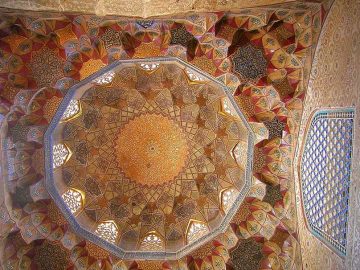 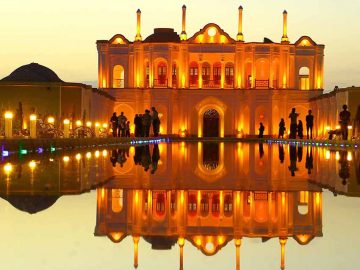 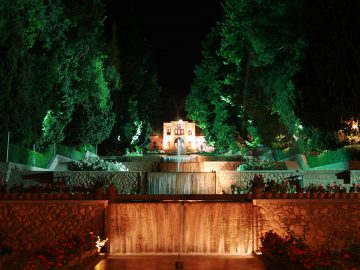