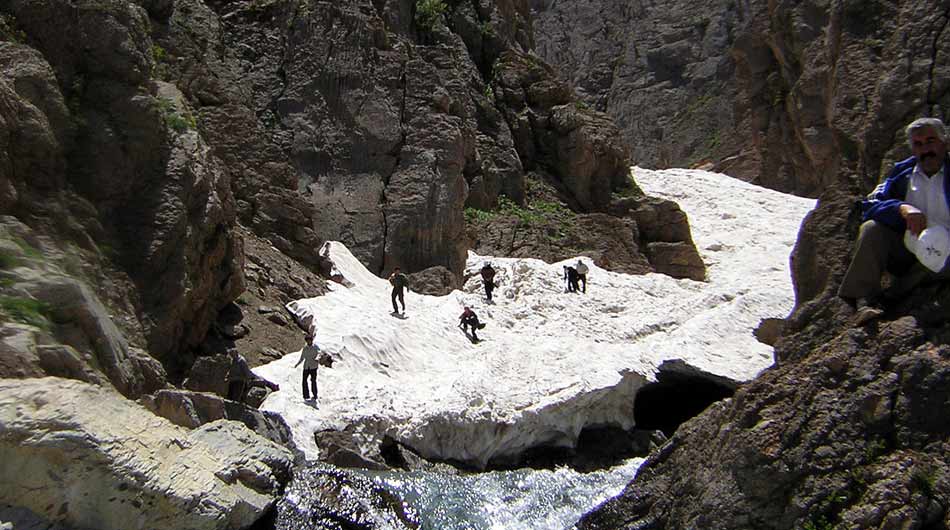 The snow tunnel in the city of Azna has been created by the accumulation of thousands of tons of snow in Oshtoran Kooh over many years in the Kuamandan area. The length of the tunnel is over 800 meters and its height from the floor of the tunnel to the ceiling is between 2.5 and 3 meters. This snow tunnel can be visited only in spring and summer. Oshtoran Kooh Protected Area is favored by most nature tourists with interest in visiting this natural resorts. But on the way to the snow tunnel, we reach Azna Darreh. One of the prettiest of Oshtoran kooh valleys is with plants, animals, springs, and streams of snow, with terrifying, very tall, and quite perpendicular rocks on either side so close to noon sunlight. 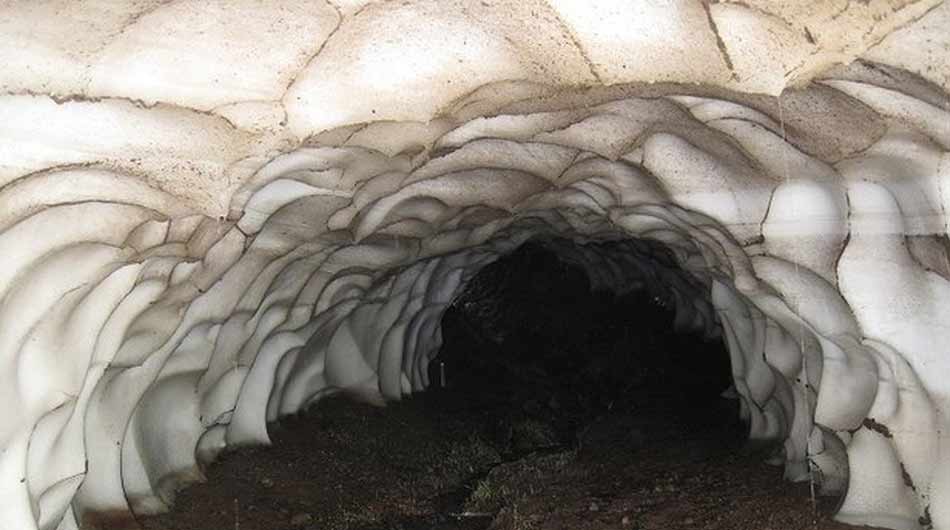 The town of Azna is at a distance of 82kms from the center of the Province, at the foothills of Oshtorankouh range of mountains. Osthorankouh Azna is the birthplace of natural wonders and the most beautiful wildlife. It is a rare collection of creation. It experiences cold winters and moderate summers. About 600 years ago the Armenians immigrated to this area, forming the village of Azna. Then the people replaced them and took over agriculture. This town ship is en route Esfahan – Khuzestan and is connected to the railway network of the country. 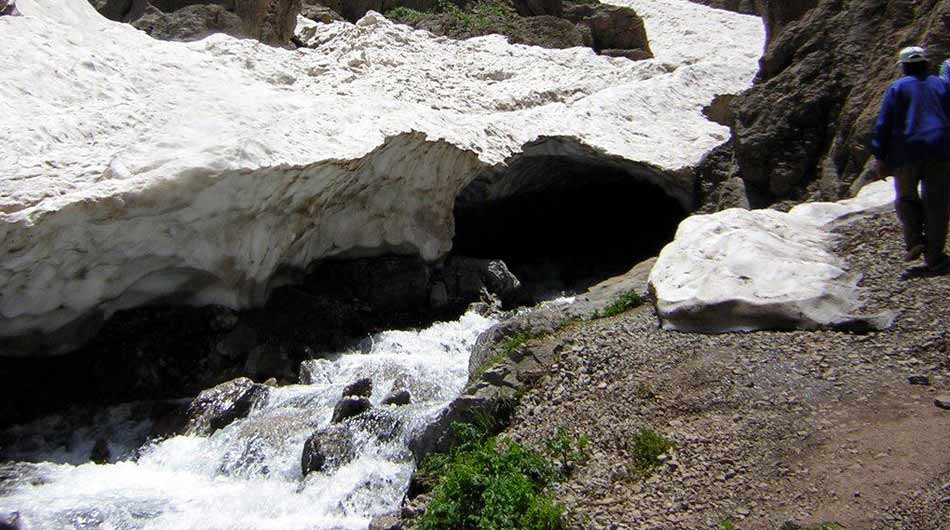 For Iran’s first-time visitors, the existence Azna Snow Tunnel is often hard to believe as many of the travellers believe Iran to have a mostly dry and arid landscape and environment. Well, not so much. This spectacular frozen tunnel is a part of Iran’s extremely diverse landscape and is located in the western Lorestan Province. Although not many have seen or heard about it, adventure and geological photographers go wild taking pictures of this mysteriously beautiful ever-frozen tunnel.

High peaks scratch the surface of the murky sky to let the rays of sun shine through the Rocky Mountains on the age old snow and take a thousand colors like a fanciful flight. The deep valleys encircle the town like a child in its mother’s lap and call out to nature lovers to come to their loving side. “Azna Darreh” is one of Oshtorankouh’s most picturesque valleys. Together with its vegetation, birds, wildlife, springs, and snow-filled rivers, it is encircled with high, daunting Rocky Mountains. One of the valleys leading to Oshtorankouh peak is covered in snow all year, every year, from the year before, and new snow in the winter. In the spring and summer, the snow softens and water begins to flow underneath the top snow in the valley.

When checking out this destination, make sure you’re carrying a good source of lighting. The tunnel has a few bends, so even if you’re there during daytime, you’re pictures may not turn out as crisp as you’d want them too. Maybe waterproof shoes should be on your list too as there’s a stream of water, caused by the mountain’s melting snow, running through it. You must also know that visiting at night, is a whole other story. As if the concept of a tunnel with a ceiling covered in snow in the middle of Iran’s summer wasn’t enough! Both experiences are very unique, the time you visit just depends on what kind of feel you’re looking for. It’s also good to know that this tunnel’s doors aren’t always open. It’s only really open to travelers visiting during the spring, summer and fall seasons. Any time during winter would definitely be impossible, as the amount of snow fall in the region is tremendous!